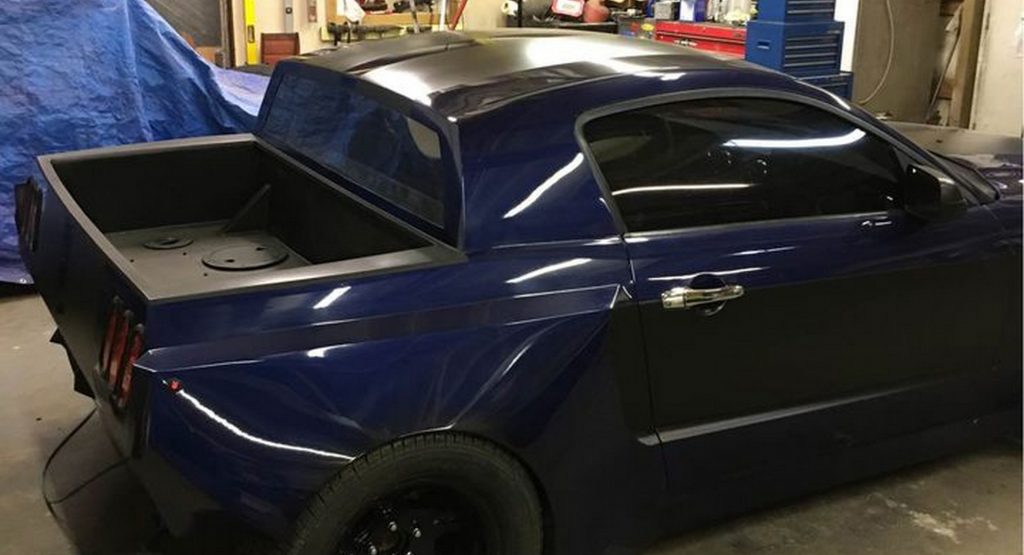 It’s been quite some time since we last saw the prevalence of vehicles such as the El Camino and the Ford Ranchero, which were passenger car-based but featured a bed in the back to haul your stuff. Obviously, somebody was pining for those days of “business in the front, party in the back” and decided to make their own mullet out of an SN197-generation Mustang.

Unfortunately, the days of a muscle car with a truck bed are long gone, unless you’re an enterprising individual with a Sawzall and a welder and you come up with a creation such as this.

The fascia of this Mustang has received some serious attention, with a custom grille, bumper, and lower splitter taking the place of the original panels. Around the back is where the real party happens. The taillights were likely found at a local Napa and are arranged in the pattern of a classic Mustang – if a little crooked, but hey, it’s a style thing.

Read More: Reverse Restomod Takes 2008 Ford Mustang Back To 1969 And The Shelby GT 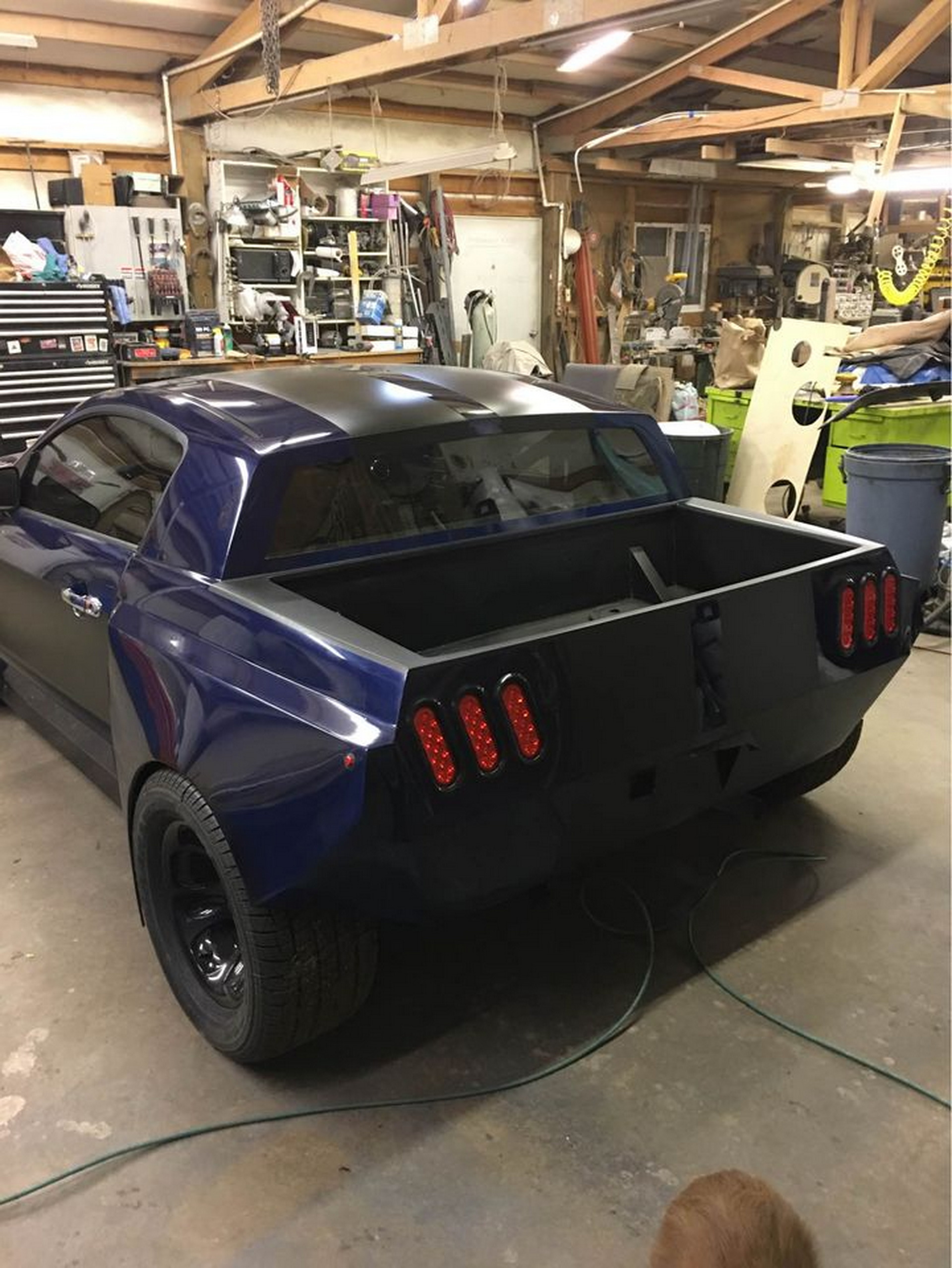 Obviously, the entire rear section of the vehicle has been thrown out in lieu of a custom truck bed, which although small, could likely be used to transport items that you’d rather not have on your nice interior carpet or back seats. Perhaps a custom bed topper would make this a truly useful truck, or at least a unique-looking shooting brake.

Finally, the entire body has been widened by way of custom box flares that work to house the wide steel wheels and extended track width.

Other than the body modifications, the car is relatively stock and still features its V6 engine under the hood, sending power to the rear wheels via a six-speed manual transmission. A roll bar behind the seats is present, as are some speakers and a subwoofer.

All in all, the workmanship is actually quite really clean, and we’re having a hard time seeing where the seams are for the add-ons.

The vehicle was posted for sale on the Thurston County buy/sell group and has a price of $10,000 obo. At that price, the Mustang represents a considerable bargain over a new Maverick or Ranger, if you don’t mind the 1.5-foot bed.