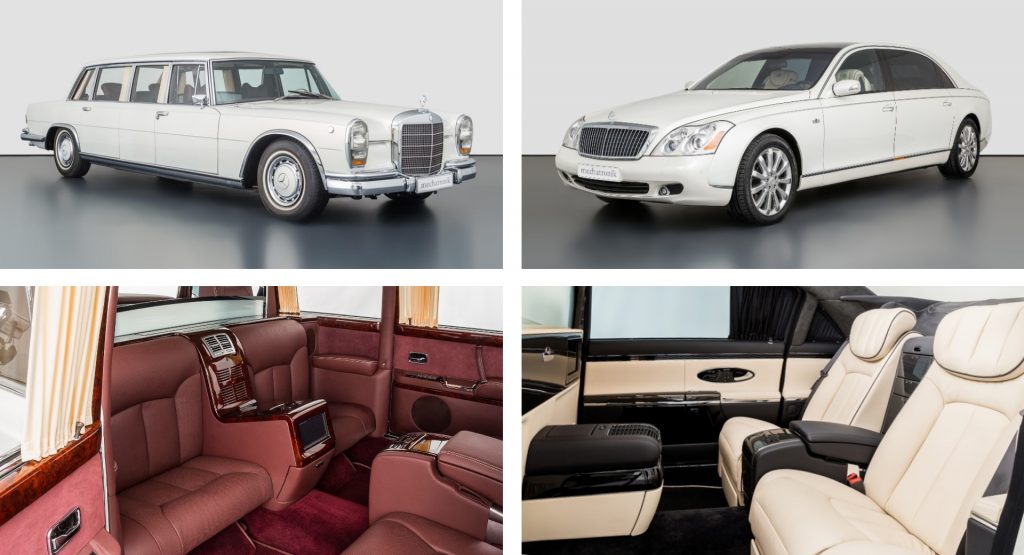 If you are looking for a big luxury sedan with a huge amount of legroom and money is no object, there are plenty of choices in the used market. Most of them are cheaper than the Mercedes-Maybach S600 or the Rolls-Royce Phantom long-wheelbase, but as with every rule, there are quite a few exceptions. This is the case with two beautifully maintained models from Mercedes and Maybach that are currently listed for sale by Mechatronik GmbH in Germany, both priced at €2,320,500 ($2,637,085).

Despite the identical pricing, the massive size, the exterior shade (white), and the fact that both of them were produced by Mercedes-Benz, the two models are quite different. We are talking about a classic but fully restored and kind of modernized 1975 Mercedes-Benz 600 Pullman, and a much more recent 2009 Maybach 62S Landaulet. 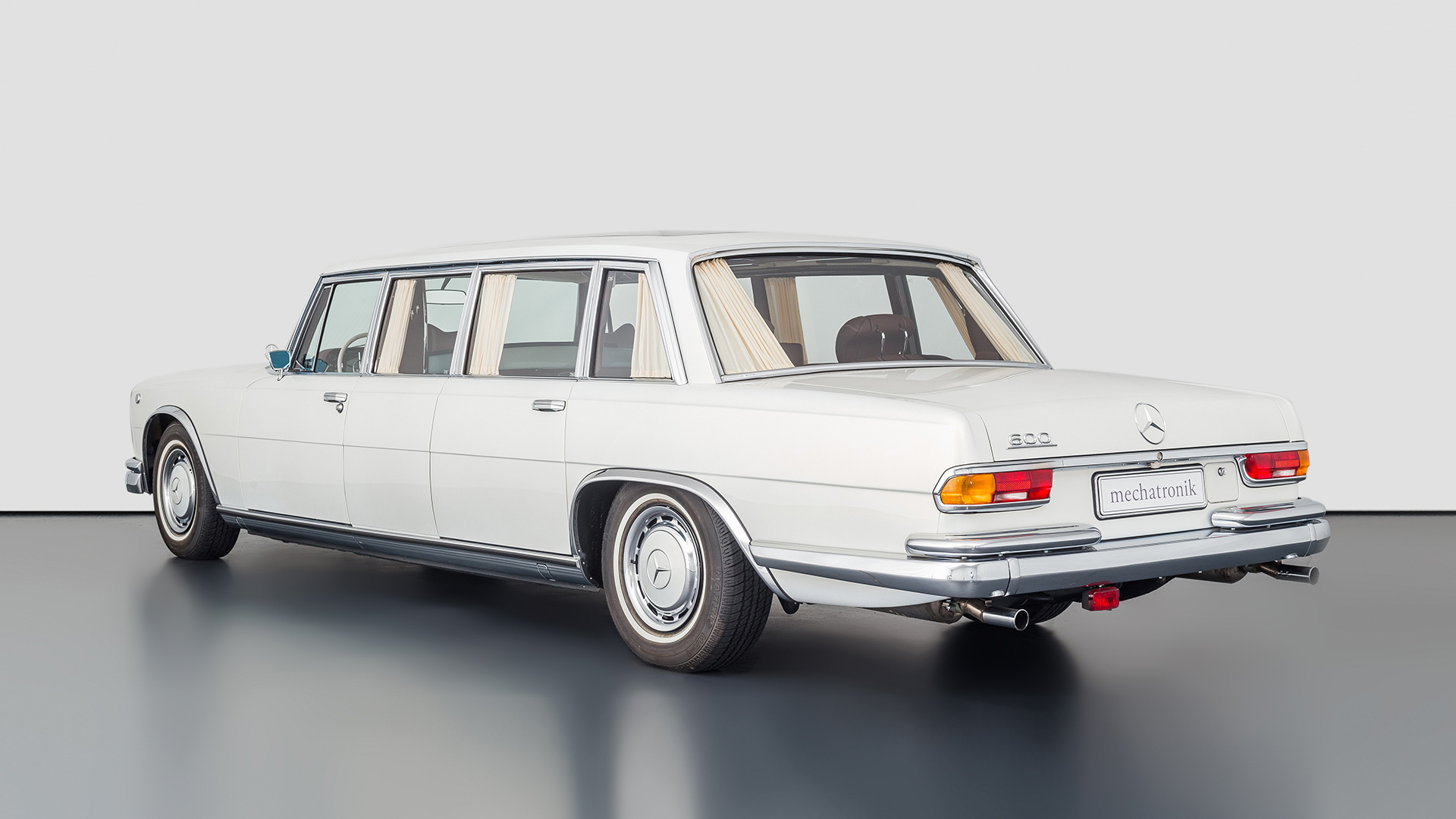 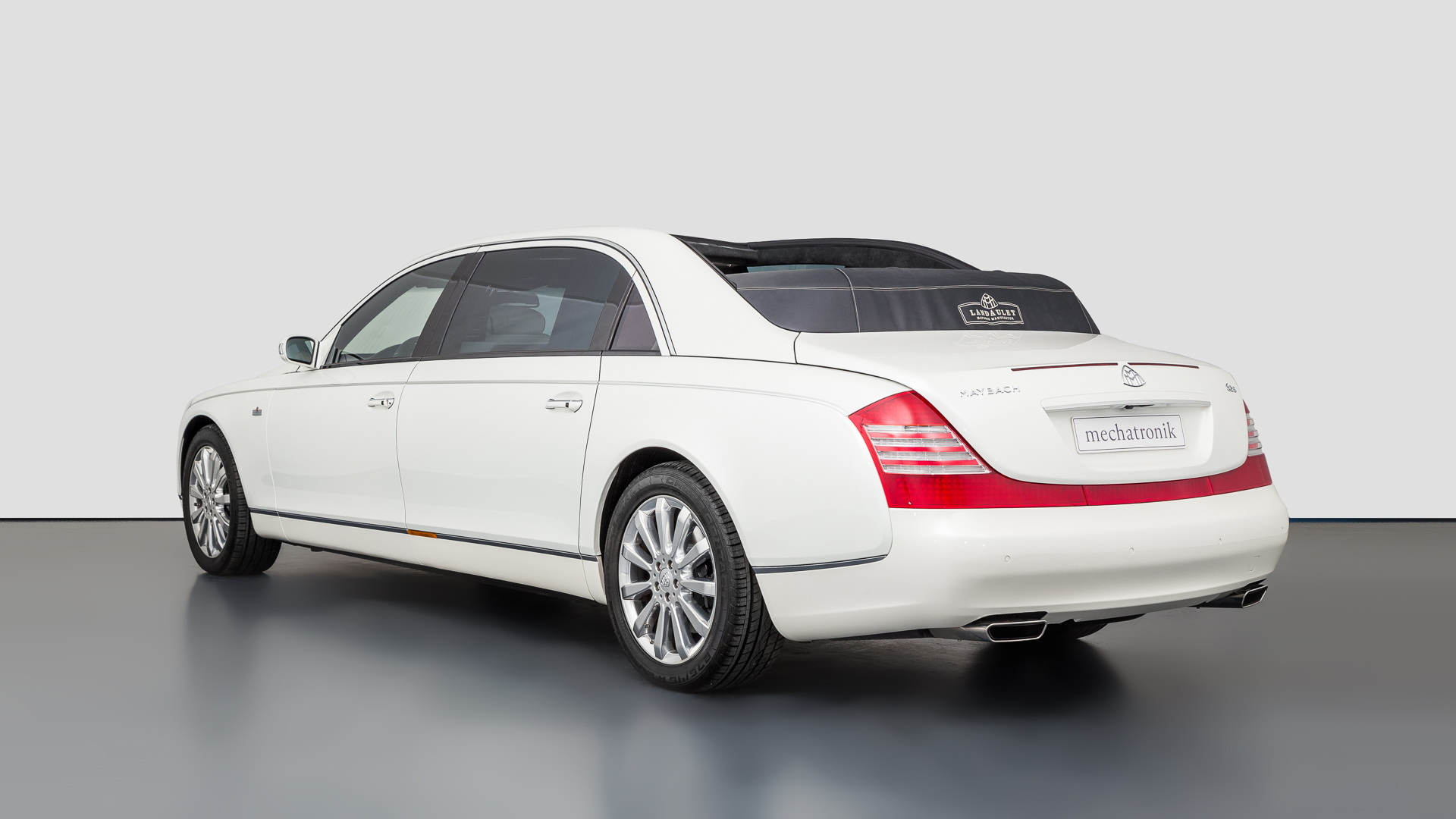 Starting with the older lady, we have to admit that it is not a genuine example of the “Grosser Mercedes” as it has received interior amenities from the Maybach 62. These include fresh leather upholstery, real wood trim, a couple of screens, a modern sound system, electrically adjustable heated and ventilated seats, automatic climate control, a minibar, ambient lighting, dimmable panels for the panoramic sunroof, and more.

Despite the new parts which will likely annoy classic car lovers, the model retains the original underpinnings with a restored chassis and powertrain. Thus, it is still fitted with the good old 6.3-liter V8 producing 250 hp, transmitted to the rear axle through a four-speed automatic gearbox. Other features include the original adjustable air suspension, dual-circuit braking system, disc brakes, etc. Between 1963 and 1981 Mercedes built 428 units of the long-wheelbase 600 Pullman, while this specific example is a one-off. The exact same car was listed for sale in 2020 for a similar amount of money and judging from its 1,200 km (746 miles) it hasn’t been driven a lot since the conversion. 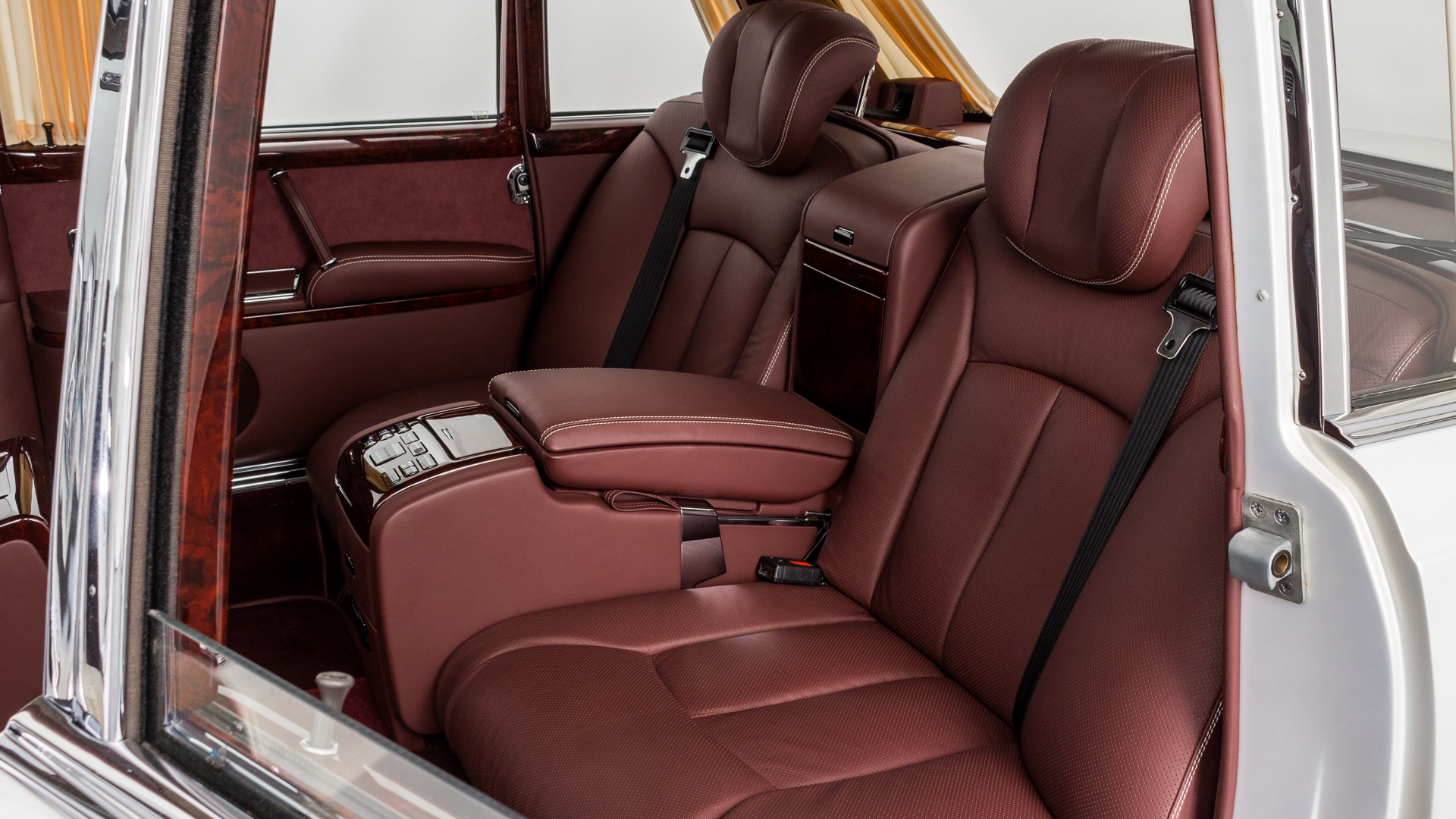 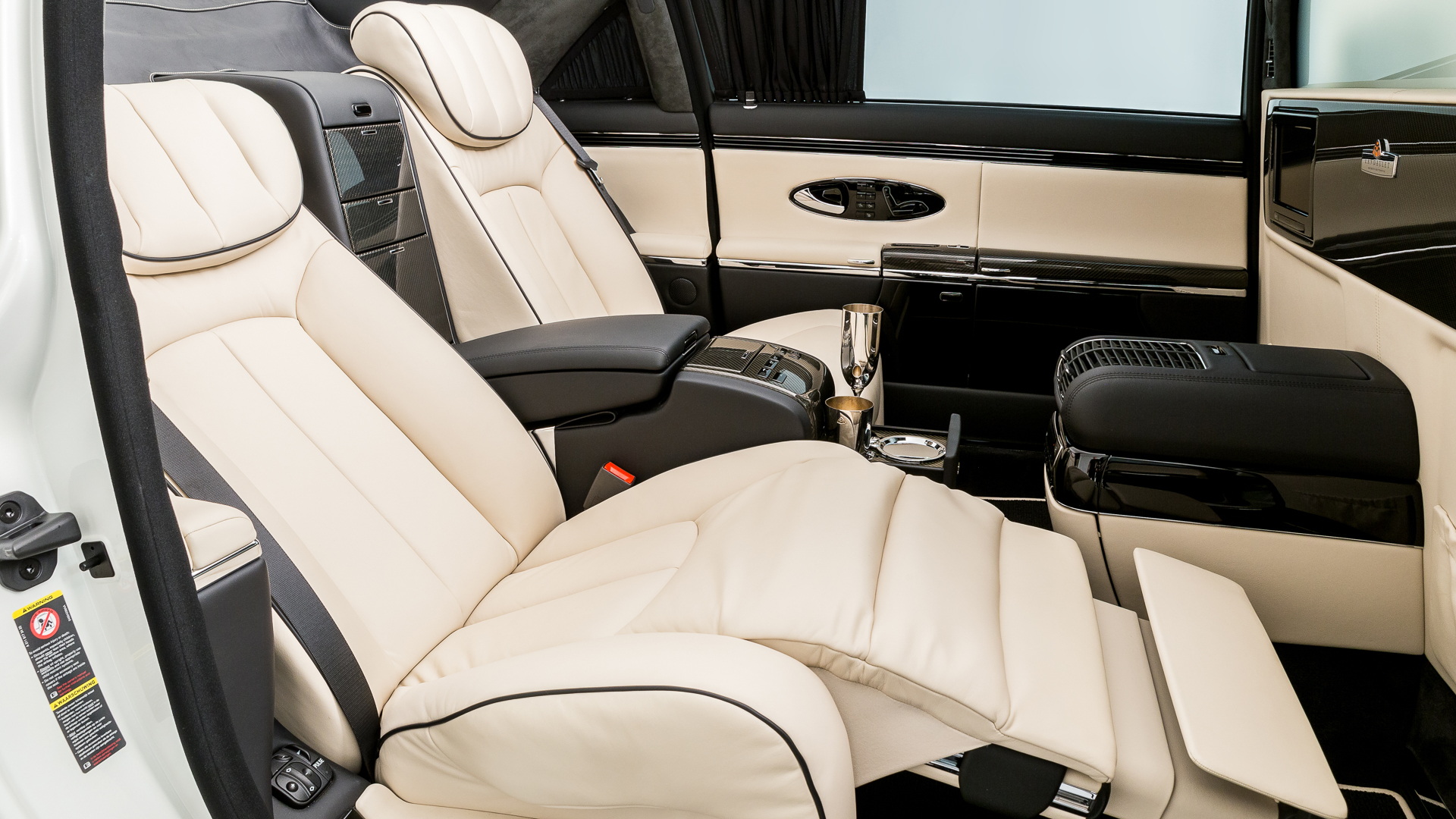 Moving on to the Maybach, this one is not your typical 57 or 62 from the ’00s, but a 62S Landaulet. This means it has a hydraulically operated soft-top for the rear passengers who can enjoy the open-air feeling of a convertible in their limousine.

The interior doesn’t have the six seats of the Mercedes 600, but it still gets the same electronically-controlled dimmable partition, two captain chairs for the rear passengers with retractable footrests and reclining backs, curtains, a Champaign holder plus two screens for entertainment. The interior has beige leather upholstery combined with glossy black and carbon-fiber details. Equipment includes adaptive cruise control, a reversing camera, a telephone package, DVD player, ambient lighting, bi-xenon headlights with active curving, and more.

The Landaulet was based on the most powerful 62S which means it is fitted with a 6.0-liter V12 producing 604 hp which are sent to the rear axle through a five-speed automatic gearbox. Maybach only built 21 units of the Landaulet making it a pretty rare sight. This example has only traveled 1,900 km (1,180 miles) since 2009 and as you can see in the pictures it is in showroom condition. 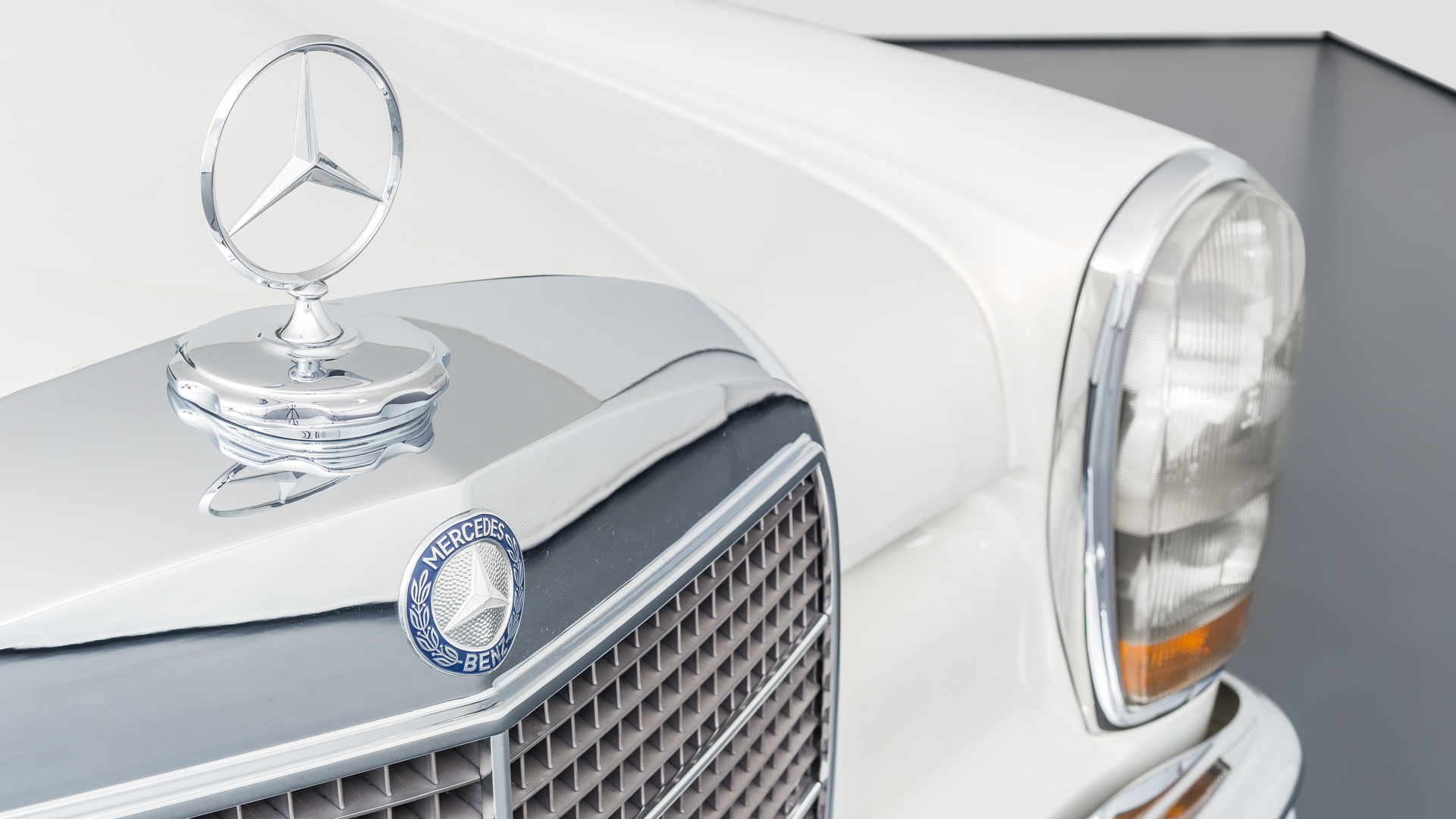 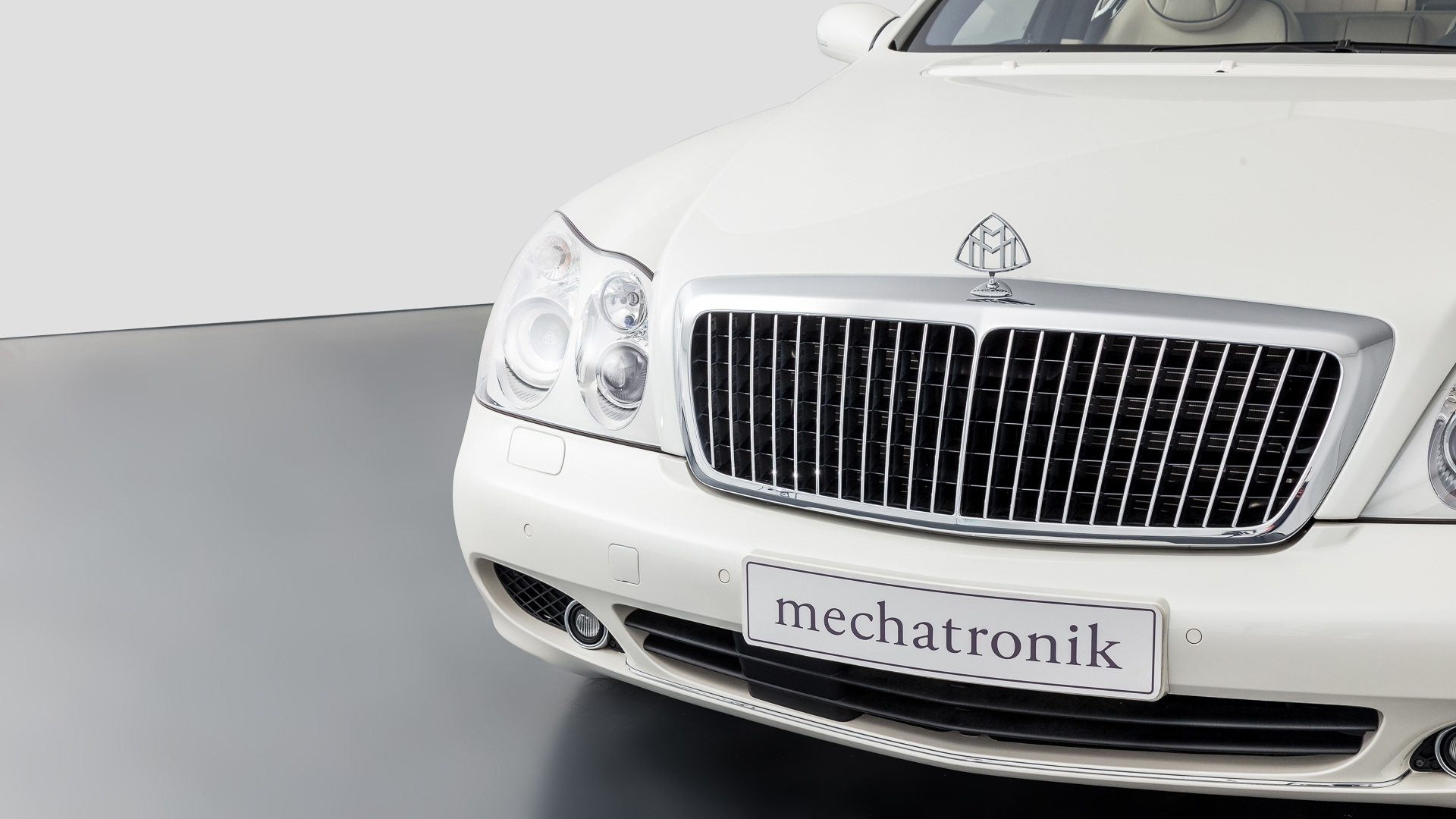 While the interiors have similar tech, fit, and finish due to the conversion of the older example, the four decades that set the two limousines apart are pretty evident from the exterior. The Pullman has a timeless boxy shape with opulent styling, while the Maybach has a more rounded and aerodynamic silhouette. While the latter has started showing its age compared to more recent offerings by the company, it is still a unique piece of automotive design that you don’t come across very often.

So if you had a spare $2.6 million and a driver, which one of those back seats would you like to relax in? While the most logical thing would be to buy a brand new bespoke Rolls-Royce, a full-spec Bentley Muliner, or a special edition Mercedes-Maybach and keep the spare million for, say, a high-end supercar, both of the white limos detailed in the gallery below have a special charm, don’t you think?