This is a 1993 Chevy G30 Snowcat Snowcoach that was used to give Yellowstone National Park visitors unique wintertime tours when heavy snowfalls made the use of normal vehicles all but impossible.

Due to its use by tourists the van has been converted for wheelchair access, it can accommodate up to 11 people, it also has double-pane windows and insulation paired with a heated rear to keep people comfortable when the mercury drops.

What Is A Snowcoach?

Those of you from countries with little or no snowfall may have never heard of a snowcoach before, it’s essentially just a bus with either tracks and skis or balloon tires that is capable of traversing deep snow. 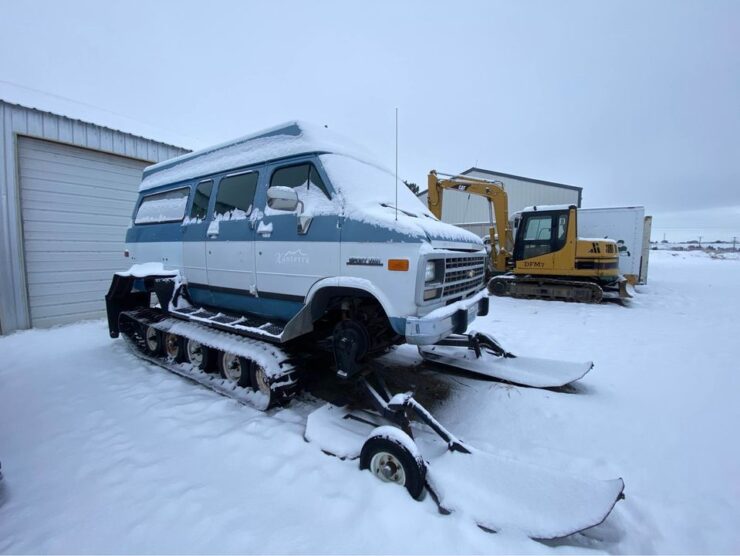 This G30 van has a fully tracked rear with rubber inserts for (low speed) road use. The steering is controlled by the large front mounted skis which also have rubber tires for use on asphalt.

One of the first production examples was the Snow Bus built by Bombardier in Canada.

The unusual, custom-built Chevy G30 Snowcat Snowcoach you see here is currently listed for sale on Facebook Marketplace of all places, with an asking price of $15,000 USD. While it may look like the ultimate winter vanlife vehicle there is one major drawback – it’s not road legal.

The G30 was a member of the G Series of vans first introduced by Chevrolet in 1970 and sold until 1996, it became one of the longest-produced vehicle platforms designed by GM. The G Series vans use a front engined layout with a unibody design and either four wheel drive or rear wheel drive. 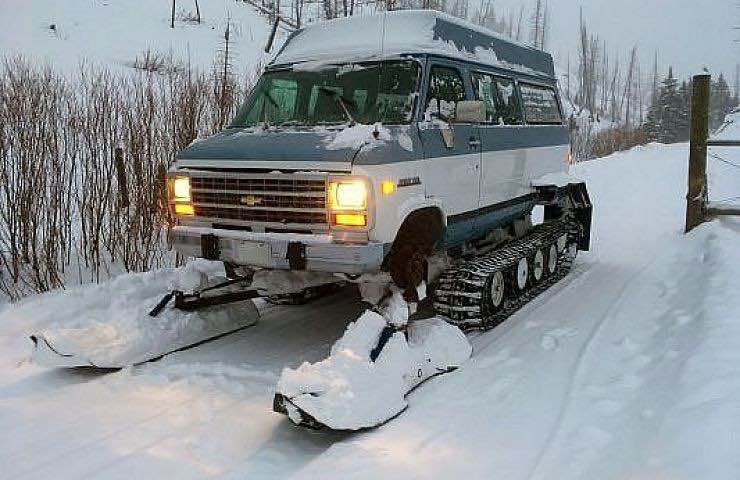 A vast array of engines were offered over the 25+ year production run including the smaller 4.1 liter inline six all the way up to the 6.5 liter diesel V8.

The G30 you see here has been modified significantly, the rear end has been fitted with snowtracks that feature rubber inserts for use on asphalt if required. A large set of skis are fitted up front for steering, and the van has been modified for cold weather use, with full insulation, a rear heater, and double glazed windows.

The listing explains that it’s running and operating, it comes with a spare/backup set of tracks and drive parts, and it’s being offered for sale out of central Washington state. 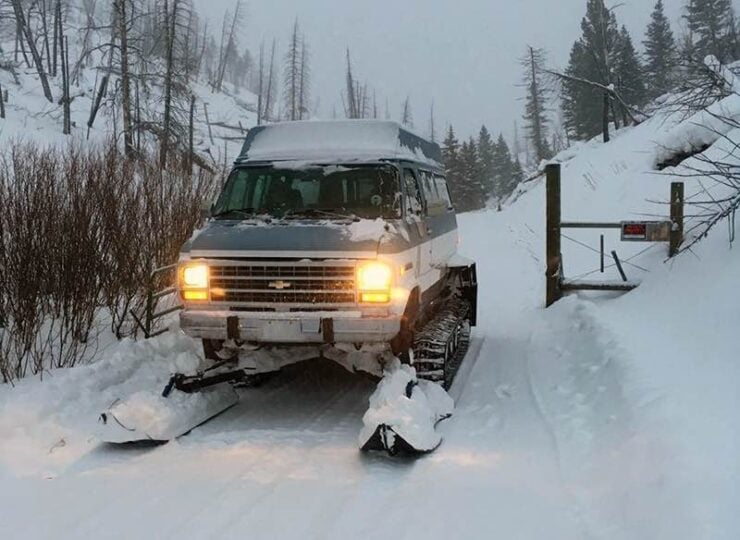 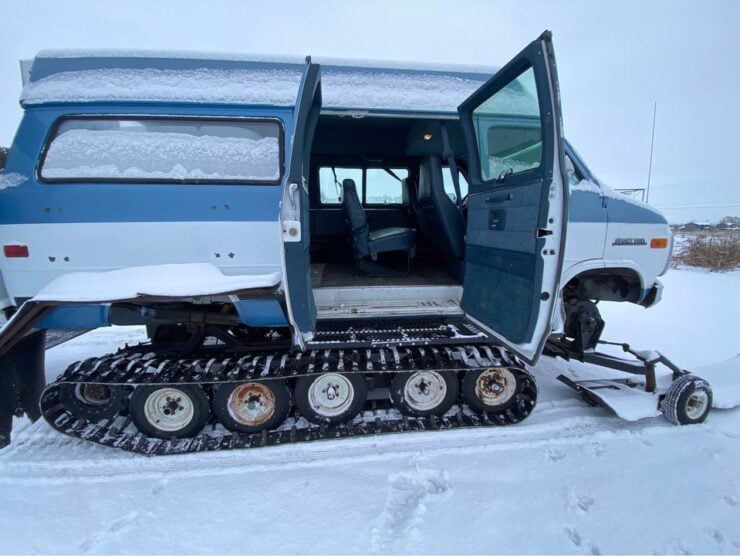 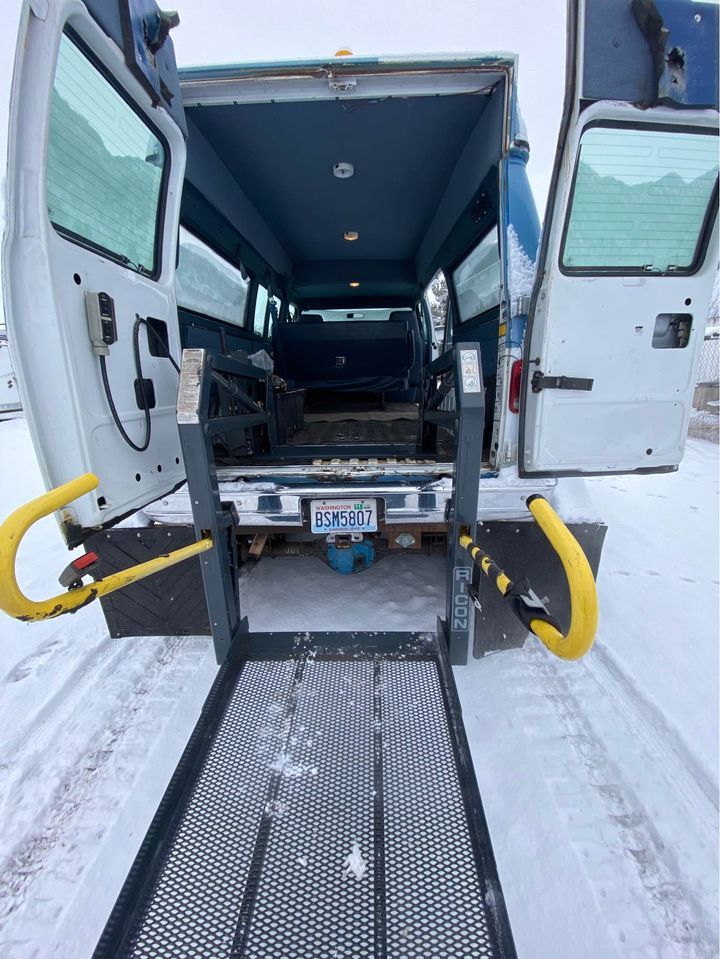 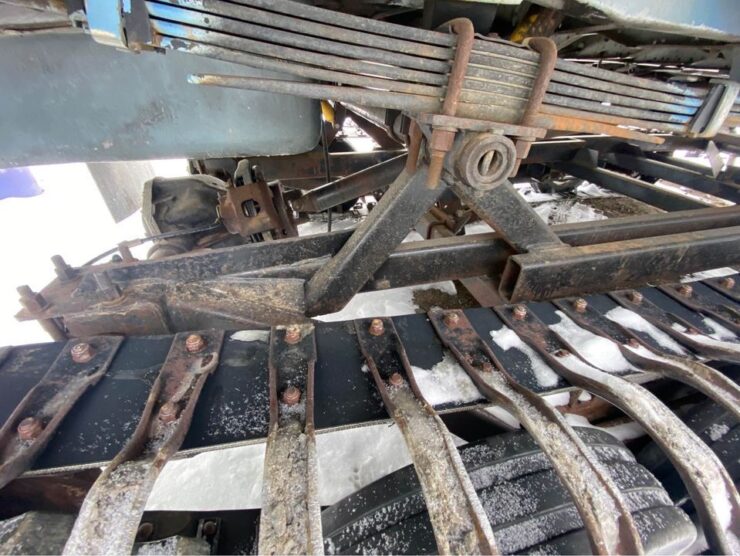