The 1979 Pontiac Trans Am T/A 6.6 is a rare car, just were 1,107 built, however this one remains essentially brand new with just 110 miles on the odometer. The carpets still have the original plastic covering from the factory, and it still has its window sticker, sun visor sleeve, and build sheets.

The Firebird Trans Am

The Trans Am was first released in 1969 as a high-performance version of the Pontiac Firebird, which had been released three years earlier in 1966 to compete with pony cars like the Mustang, Camaro, and Cougar. 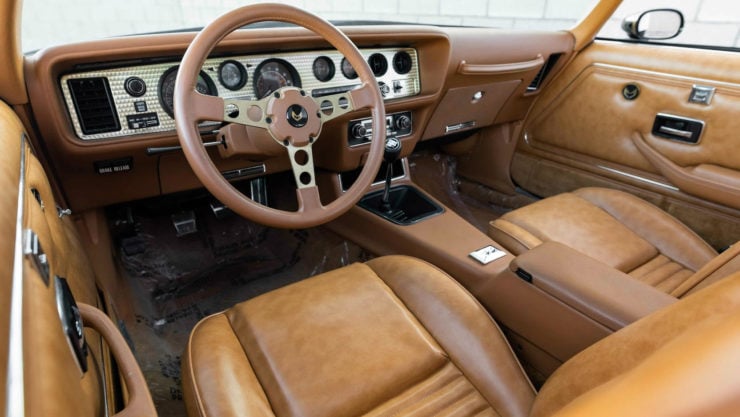 Both outside and in, this ’79 Trans Am is in time capsule condition, looking essentially identical to how it would have when it was first delivered over 40 years ago.

In order to turn a Firebird into a Trans Am, Pontiac would add a slew of upgrades to the suspension and drivetrain, with further changes to the bodykit and appearance.

Pontiac named the Trans Am after the Trans-American Sedan Championship, a new racing series developed by the SCCA starting in the year 1966. Despite the use of the name, the Pontiac Firebird Trans Am didn’t initially compete in the series as its smallest available engine was still too large for the 5.0 liter limit to qualify.

The Trans Am would become an American cultural touchstone in the 1970s, thanks to both its wild looks and its performance. Unusually for a pony car of the era it handled well, so well in fact that it famously won the “Best Handling Car of 1979” award from Car and Driver, irking many imported European sports car manufacturers.

Today the Trans Am demands a premium over standard Firebirds, and the iconic 1970s and 1980s-era Trans Ams are becoming more and more collectible within the wider classic car community. 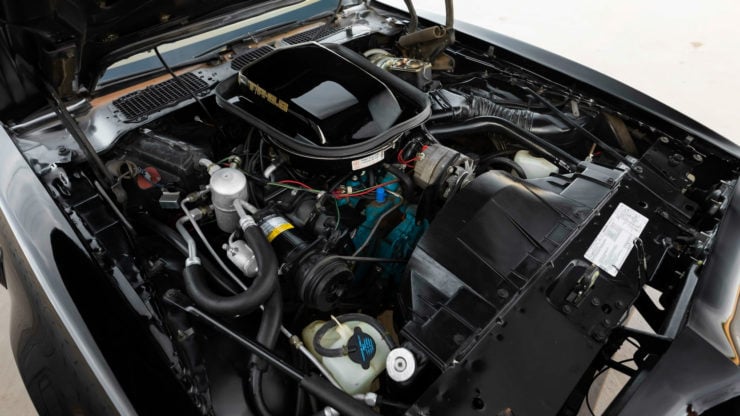 The 400 cubic inch (6.6 liter) Pontiac V8 was listed as being capable of 220 bhp, however period tests by the National Hot Rod Association showed that it was producing close to 260-280 net horsepower.

The car you see here is almost certainly the lowest mileage and most original 1979 Pontiac Trans Am T/A 6.6 in the world. It has just 110 miles on the odometer and as mentioned in the introduction, the carpets are still covered with protective plastic from the factory.

The 1979 T/A 6.6 was only available with the Borg-Warner Super T-10 4-speed manual transmission and the WS6 Handling Package. These features combined made the car one of the best handling Trans Ams up until that point in history.

This car is also accompanied by its original purchasing documents, a copy of the MSO, the original window sticker, the owner’s manual and sun visor sleeve, a 1979 Pontiac dealer brochure, GM license plate bracket, warranty brochure, and even the Delco radio manual.

Mecum will be offering this car at their Glendale Auction in mid-March, at the time of writing there’s no price guide listed, and you can click here if you’d like to read more about the car or register to bid. 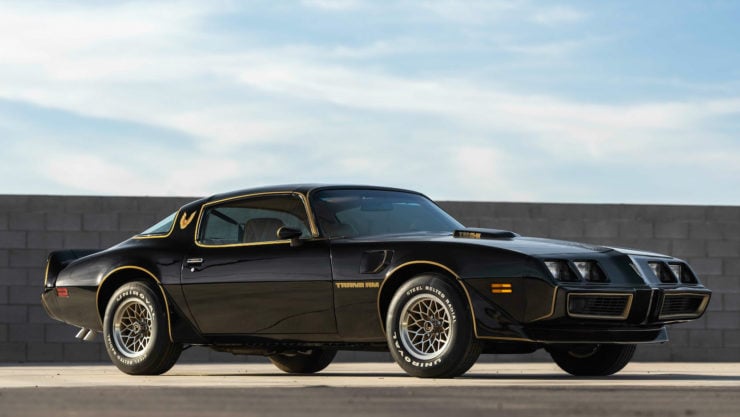 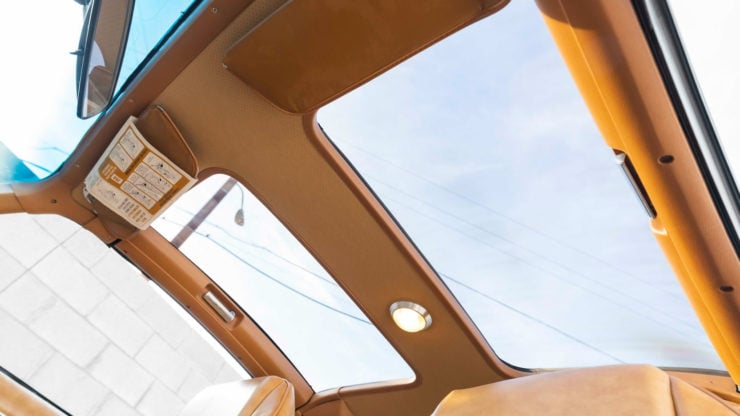 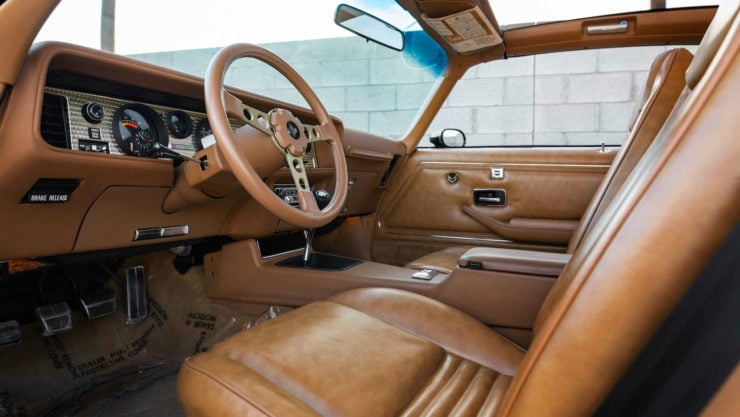 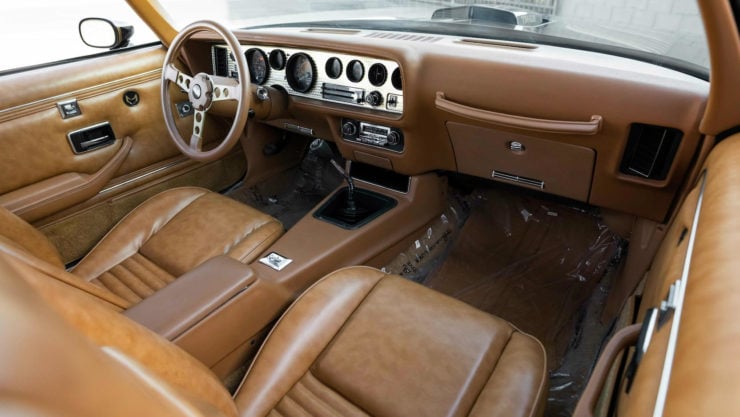 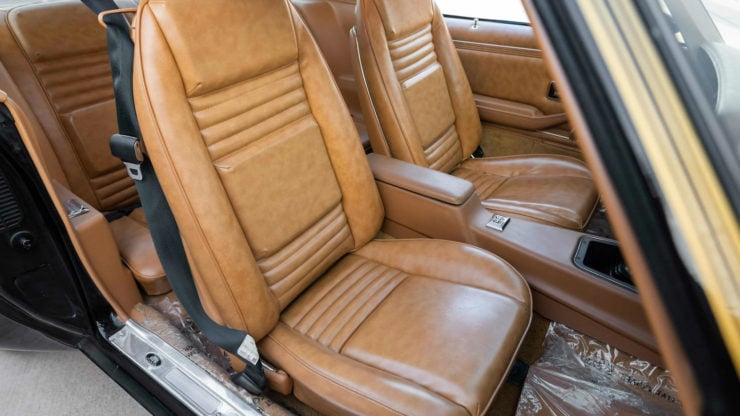 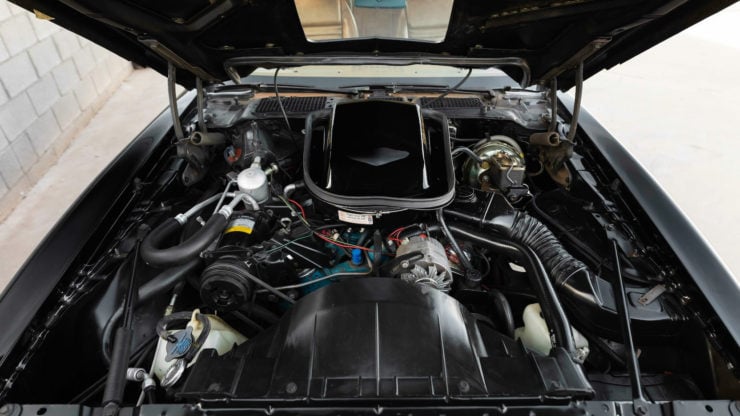 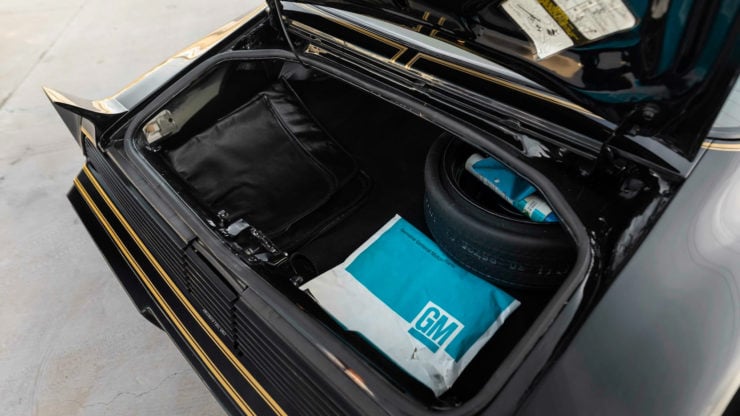 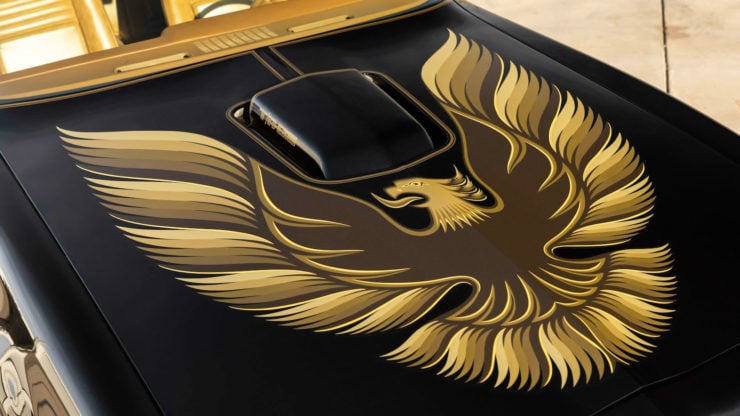 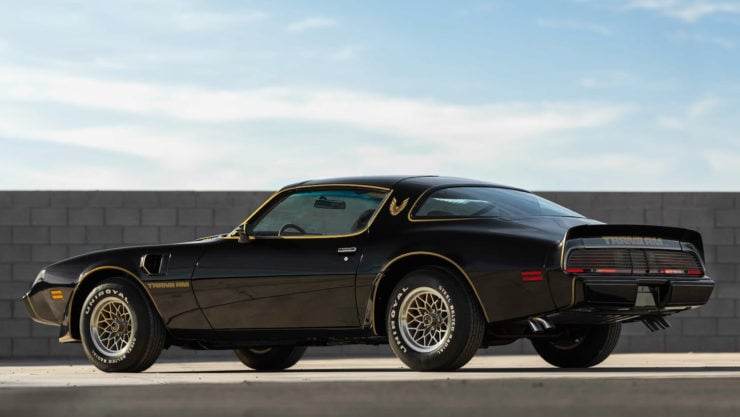 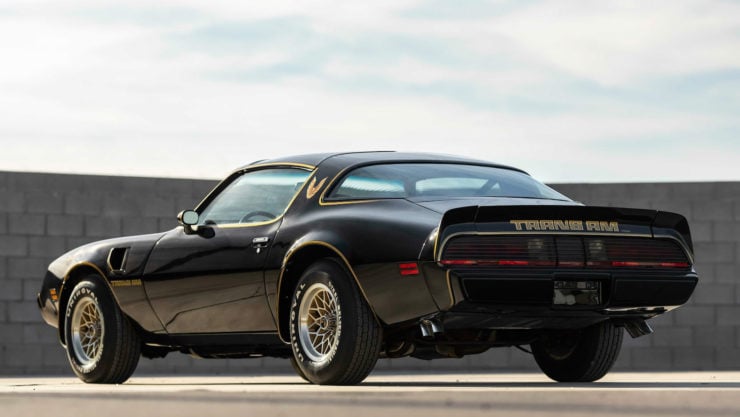 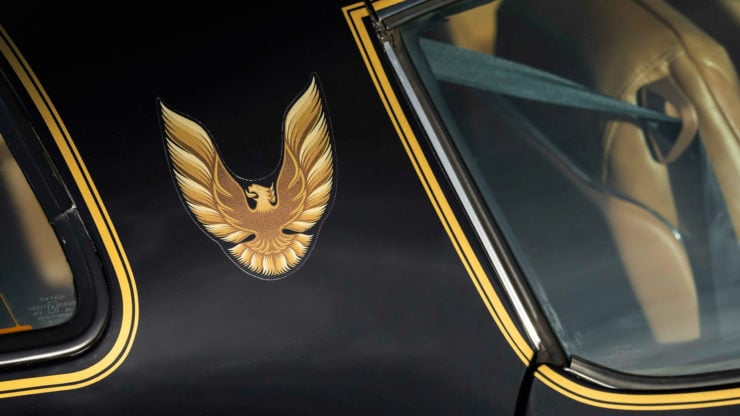 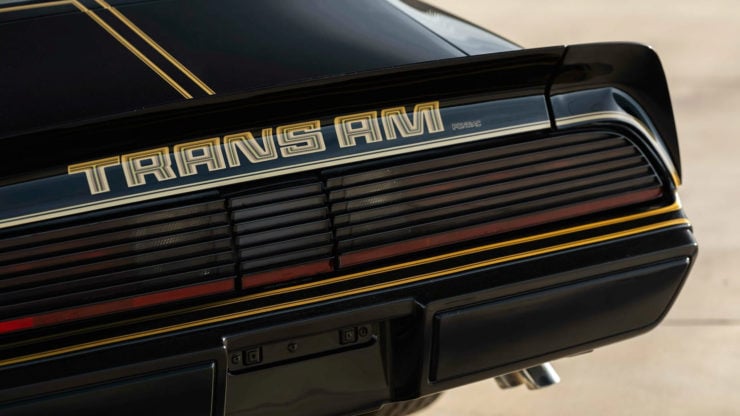 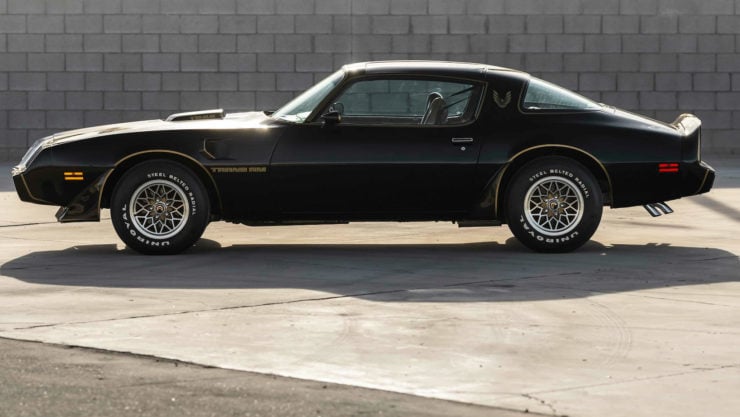 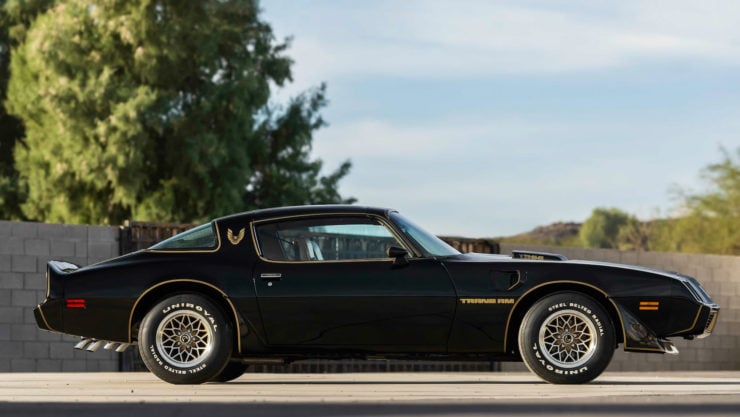 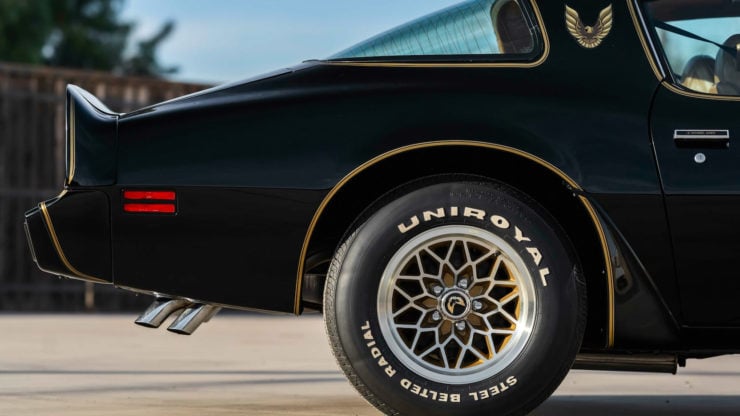 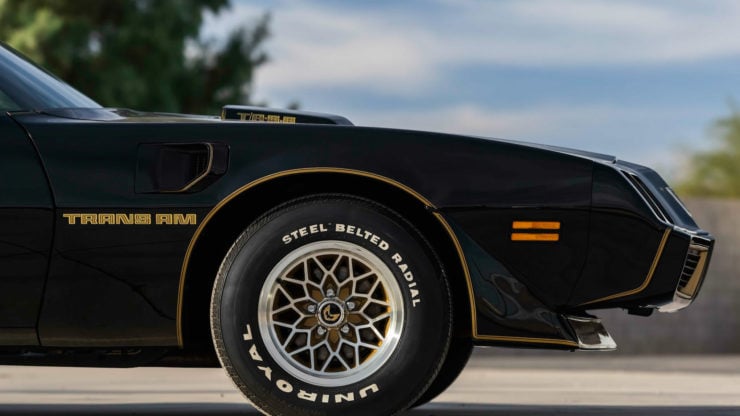 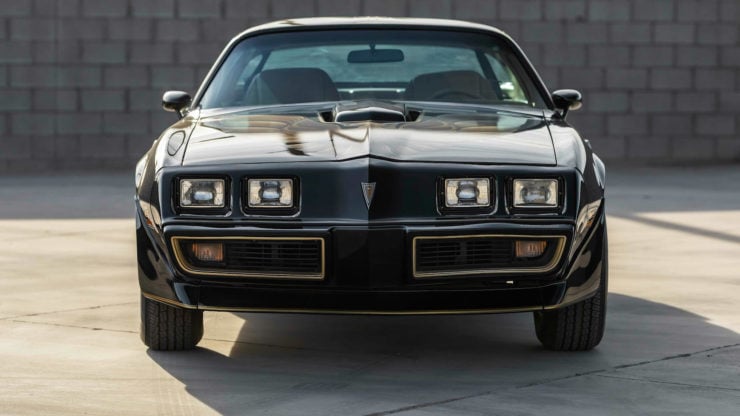 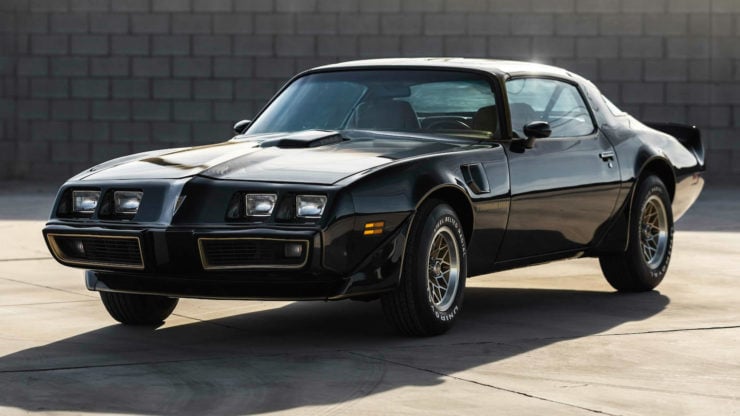