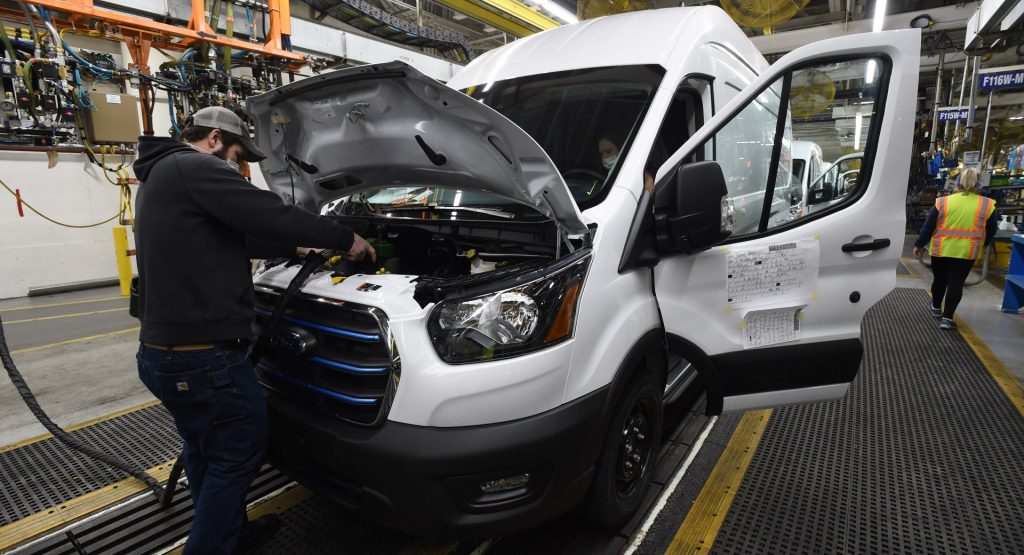 The all-electric revolution continues to gain traction all over the world and the Ford E-Transit is the latest EV to roll off of the production line. Built in Claycomo, Missouri, the electric vans are now making their way to customers across the country.

This news comes just a few days after it was reported that Ford had either paused or dramatically slowed production in numerous facilities due to the chip shortage. Those pauses included plants that assemble the Bronco, the Explorer, and the Mustang Mach-E.

Evidently, those concerns aren’t affecting the production of the E-Transit to the same degree. Which is good news because the ICE-powered Transit was the best-selling commercial van in 2021 and the Claycomo plant produces both versions.

Ford also says that this is just the beginning because, among more than 300 different commercial customers, over 10,000 vans have been ordered. To fulfill those orders Ford invested $100 million in the Kansas City Assembly Plant including the hiring of some 150 full-time workers.

The benefits of the E-Transit seem obvious for commercial customers. Those who have a fleet will get the chance to use Ford’s E-Telematics which helps owners manage their fleet remotely, allowing them to track the state of charge and ultimately maximize efficiency while minimizing downtime. Moreover, if there’s a need for extra power at a work site, the E-Transit can provide up to 2.4 kW just like a mobile generator.