Imagine if you are at your home and there’s a power outage what do you do? Well, if you have the Ford F-150 Lightning; the upcoming all-electric pickup truck from the American automaker, you just plug in your vehicle and it then powers your house. The Ford Motor Company which is the manufacturer of the highest-selling truck F-150 in America has now revealed some new details about its newest EV truck F-150 Lighting’s incredible new feature. The company announced that the vehicle in top-spec will come with a feature that will allow its owners to be able to power their home for three days in course of electricity cut down.

Ford in a recent announcement said that their all-electric F-150 Lighting will not only be able to power some small tools or tailgate on the road instead it will be capable of powering an entire house as an electricity generator for around 3 days. Coined as the Intelligent Backup Power, this new feature from Ford that has been built in partnership with Sunrun Inc. which is an American provider of residential solar panels and home batteries enables the F-150 Lightning’s charging interface to be used as an emergency home power backup without any manual intervention. 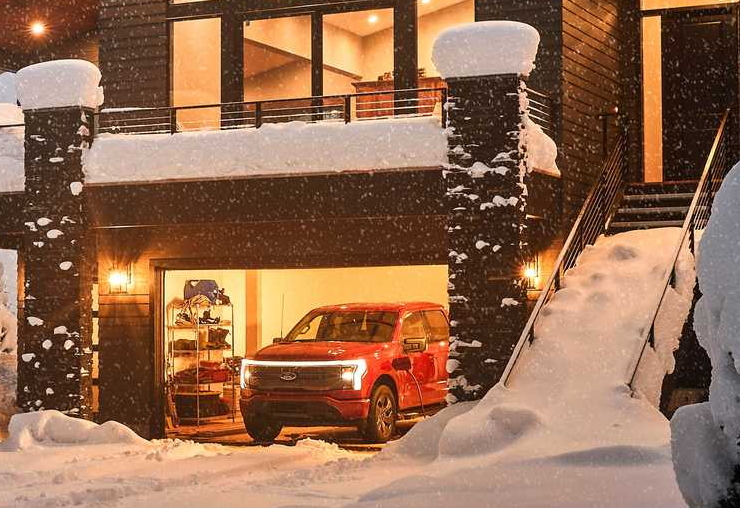 Ford Intelligent Backup Power, making its debut on F-150 Lightning, gives customers the ability to use bidirectional power technology to charge the vehicle from the house while also allowing it to use the vehicle as a power generator during times of power outages. The Ford F-150 Lightning will be capable of storing 131 kilowatt-hours of energy and deliver up to 9.6 kilowatts of power in a cleaner, quieter, more efficient way versus gasoline-powered generators, and with greater capacity than many wall battery units. While according to Ford extended-range battery model can power a house for up to three days of what it considers “normal” usage which measures at 30 kWh/day.

This feature will be available to the owners of the Ford F-150 Lightning that will have the Ford’s Charge Station Pro 80-amp charger installed at their homes. Ford’s partner Sunrun which is responsible for providing the interface for this feature will also be responsible for the installation of the home integration system for the truck.

The CEO of Sunrun, Mary Powell in the announcement said, “America’s energy future starts at home, and partnering with Ford illustrates a momentous shift in the way we power our lives,” She also added, “No longer tethered to a carbon-intensive energy system, we’ll be able to offer more paths to greater energy independence by powering homes and vehicles with the sun, while helping rapidly accelerate the transition to a clean, resilient energy future for all.” 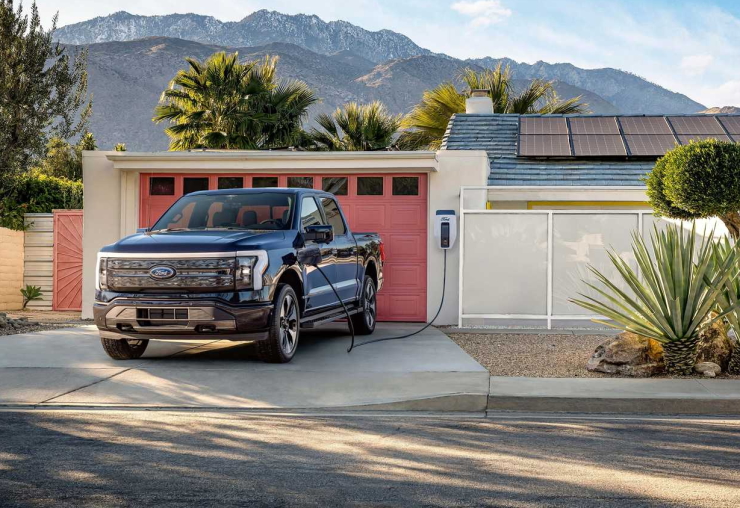 In addition, Matt Stover, Ford charging and energy services director annexed, “F-150 Lightning brings new innovations to customers, including the ability to power their homes when they need it most,” He added, “Teaming up with Sunrun leverages their expertise to bring solar power to even more customers, giving them the chance to turn their truck into an incredible energy storage source – and future truck features can help accelerate the development of a less carbon-intensive grid.”

The post Ford F150 Lightning with Sunrun charger can power your home for 3 days first appeared on Cartoq.Cartoq Read More