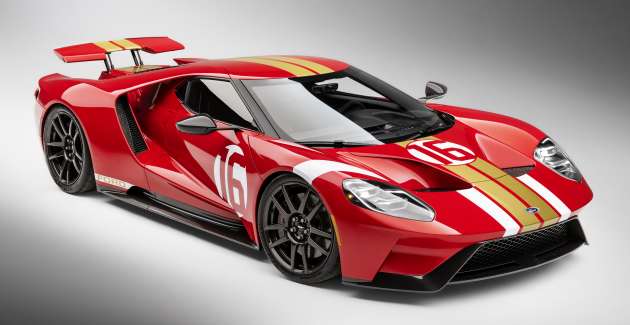 I still remember the first time I saw the current Ford GT in the metal. It was at the 2015 Geneva Motor Show, the car’s European debut two months after the Detroit unveiling. My jaw was scraping the floor while shooting the second-generation homage to the Le Mans-winning GT40 from the 1960s (the first modern GT debut in 2004), easily more captivating than any supercar from Italy.

It took awhile for production to start, which it finally did in December 2016. The GT was famously difficult to obtain, and the lucky buyers had to sign a two-year sale restriction contract. Collectability is ensured, with just 1,350 units in a production run that will end in December 2022. Multimatic, the company that builds Ford GT, will be making the final 250 units this year. Will there be another one?

The GT is powered by a twin-turbo 3.5 litre V6 engine, rated at 656 PS/746 Nm at launch, before Ford bumped it up to 669 PS for the 2020 model year. The Ecoboost engine is paired to a seven-speed dual-clutch transmission, which sends drive to the rear wheels.

Speaking of the rear, the main exterior design highlight are the “tunnels” that channel air from the rear of the doors to the rear, just beside those huge twin central exhaust pipes. Ford calls them flying buttresses.

The red car you see here is yet another limited edition livery to wrap up the production run. Called the 2022 Ford GT Alan Mann Heritage Edition, it pays tribute to Alan Mann Racing’s 1966 Ford GT lightweight experimental prototypes that played a role in the history of the development of the Ford GT.

In 1965-66, the English race team used lighter materials to create AM GT-1, along with a second car, based on the GT Mk I. While neither prototype won a major race, the use of lightweight materials was similar to what helped Ford win Le Mans with the GT Mk II in 1966.

Today’s supercar has a lightweight focus as well, with a carbon fibre body. In addition to wearing unique Alan Mann red exterior paint with gold graphics, Ford includes a dual over-the-roof racing stripe, Frozen White signature accent stripes and roundels with No.16 on the doors, hood and underside of the rear wing.

The 2022 Ford GT Alan Mann Heritage Edition is available for approved Ford GT customers, with first deliveries taking place this quarter. Previous Heritage Editions include the ’66 No.2, the gorgeous red ’67 No.1, the ’68 No.9 with Gulf livery, the Daytona 1966 No.98 and the ’64 Prototype Heritage Edition. Click the links to check them all out – which is your favourite livery?