Ford has revealed a new limited edition of its GT supercar that celebrates the historic success of its original GT40 racer at Le Mans.

Finishing up the final year of Ford GT production, the GT Alan Mann Heritage Edition harks back to the 1965 Ford AM GT-1 prototype, a lightweight version of the GT40 developed by the Surrey-based Alan Mann Racing outfit.

Finished in ‘Alan Mann Red’ with gold stripes, the GT recalls the livery of the 1960s racer. Frozen white accent stripes further replicate the look of the lightweight racer, while the number 16 – the number AM GT-1 raced with in period – appears on the doors, bonnet and underside of the rear wing.

Selected exterior elements are finished in exposed carbonfibre, including the splitter, side skirts and mirrors. The engine cover louvres, rear diffusers and 20in wheels are also made from carbonfibre. 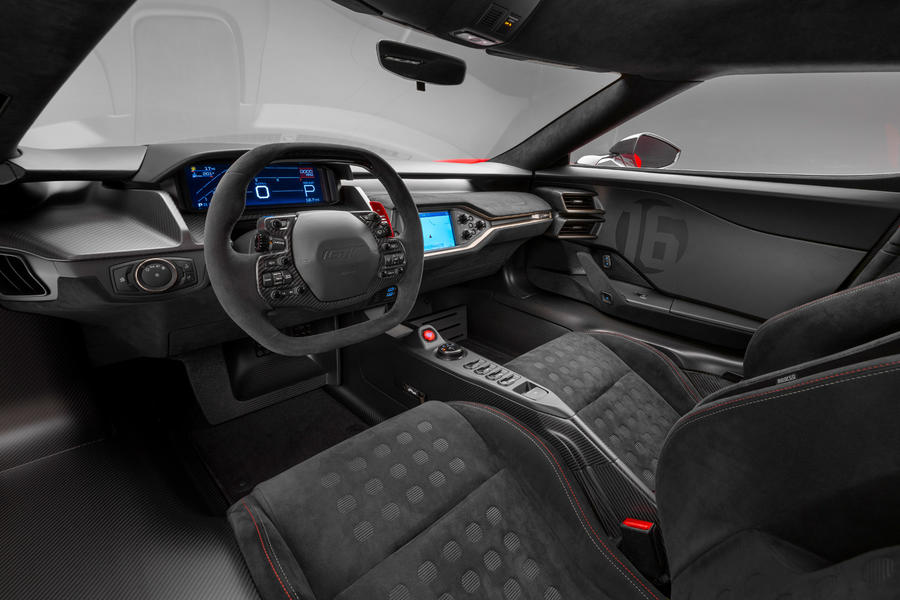 Inside, the Alcantara seats feature red and gold stitching, carrying the livery through to the interior, along with gold and red trim details throughout. Large amounts of carbonfibre are on show, while the instrument panel features an ebony leather finish.

Mechanically, the GT is unchanged, with its 647bhp turbocharged V6 propelling it from rest to 62mph in just 2.8sec and on to a top speed of 216mph.

Prices and production numbers haven’t been revealed, although the car is available now for approved Ford GT customers, with deliveries due to take place by the end of March. The car will be on display at the Chicago motor show alongside its AM GT-1 inspiration. 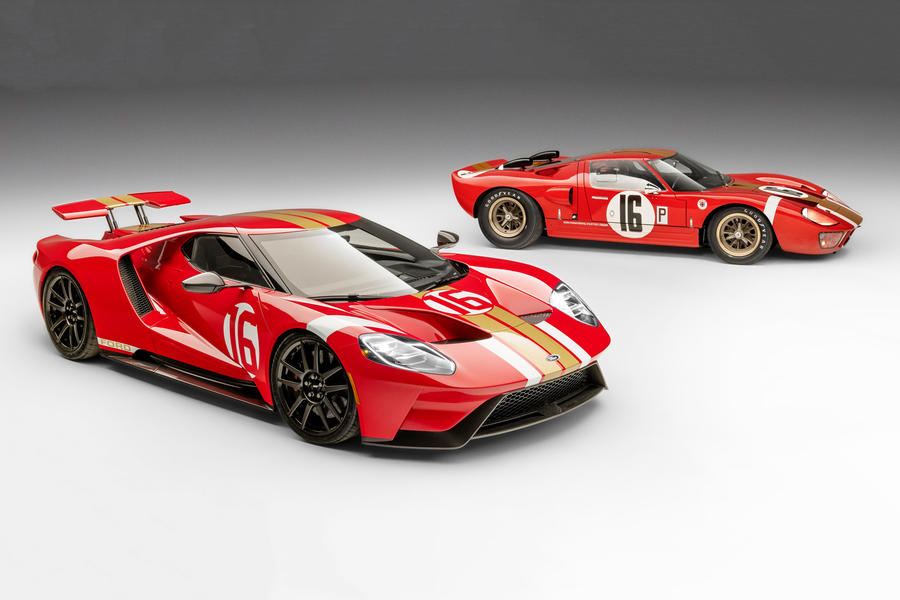 Although the 4.7-litre AM GT-1 prototype never enjoyed competition success, its results from time trials at Le Mans helped Ford decide to run the heavier but more powerful 7.0-litre GT40 Mk2 for the 1966 season, which ultimately led to the brand taking a famous 1-2-3 finish at Le Mans.

“To see the red and gold colours of our team’s livery come back to life, and to debut this new GT alongside one of our original GT40s in Chicago will be a magical occasion.”