Ford has revealed the final Heritage Edition model of its flagship supercar, which pays homage to the firm’s 1-2-3 sweep at Le Mans 24 Hours in 1966.

The Ford GT Holman Moody Heritage Edition will make its public debut at the New York Motor Show later this month, alongside the second-generation Ford GT40 model that placed third on the podium 56 years ago at the world-famous race.

The “ultra-limited” special edition features the bespoke gold and red livery of the original 1966 race car, with Oxford white roundels. The number ‘5’ is emblazoned on the doors, bonnet and rear wing.

Ford’s bespoke design also includes gloss carbonfibre on the front splitter, side sills, rear diffuser, mirrors, and engine louvers, while a set of Brembo brakes are finished in black with silver graphics. 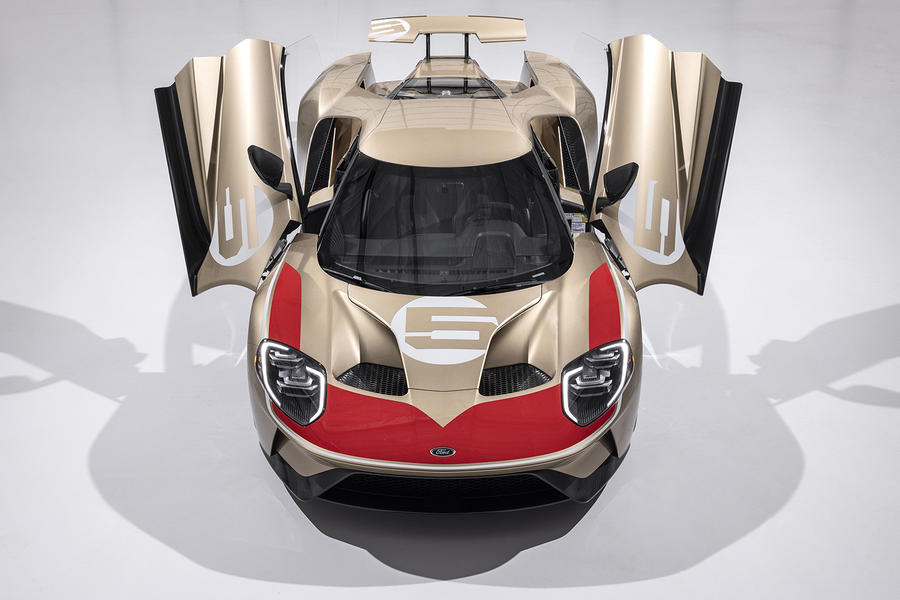 Inside the car, Ford has equipped the GT with carbonfibre door sills. The material also features on the centre console. The seats, pillars, headliner and instrument panel are wrapped with ebony-coloured Alcantara and leather.

“Inspired by one of the most well-known Ford GT40 race cars, this latest Ford GT honours the Holman Moody race team’s know-how and ability to out-innovate global competitors.”

The car joins other special Heritage Edition Ford GT models, such as the Ford GT 64 prototype variant, the ‘66 Daytona edition and the Alan Mann edition.

Like the other special-edition models, the Holman Moody car is available for approved Ford GT customers only, and production numbers and pricing have not been made public. The first deliveries are due to take place later in the spring.