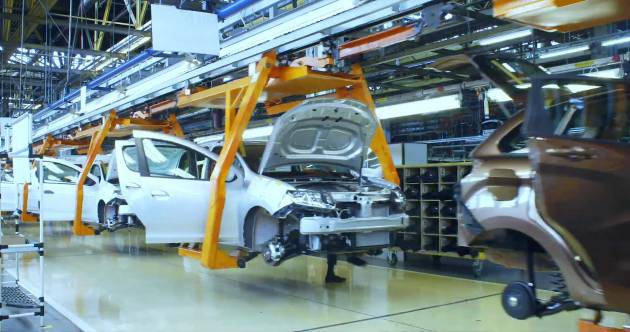 Taiwanese electronics manufacturer Hon Hai Technology Group, better known as Foxconn, is set to make another push into electrification in the ASEAN region, this time in Indonesia. The company announced that it has inked a deal with the country’s investment ministry as well as several companies to jointly develop a battery manufacturing and electric vehicles ecosystem in the country.

The company said that together with its partners, it aims to explore a wide scope of investment, ranging from electric battery manufacturing – including battery cell, battery module and battery pack development – to the formation of a four-wheeled and two-wheeled EV ecosystem, but did not divulge a timeline or investment costs for these.

Also in the pipeline is the development of EV supporting industries such as energy storage systems, battery exchange stations and recycling. In the initial phase, the company said it would prioritise its efforts into the development of a battery network and the production of lithium iron phospate or solid-state EV batteries.

As it is in Thailand, where it is working with energy group PTT to build EVs, the company said that it would make its MIH Open Platform available to companies in Indonesia. The platform, which provides both hardware and software solution, will feature an architecture that is fully modularised, scalable and easily customisable.

“Hon Hai is excited to embark on the journey to transform the new energy ecosystem in Indonesia in cooperation with the local government, Gogoro, IBC and Indika. I believe the implementation of the MIH platform, alongside our Build-Operate-Localize (BOL) strategy and manufacturing expertise, will allow us to meet the market demand and create a sustainable new EV ecosystem in Indonesia,” said Hon Hai chairman and CEO Young Liu.