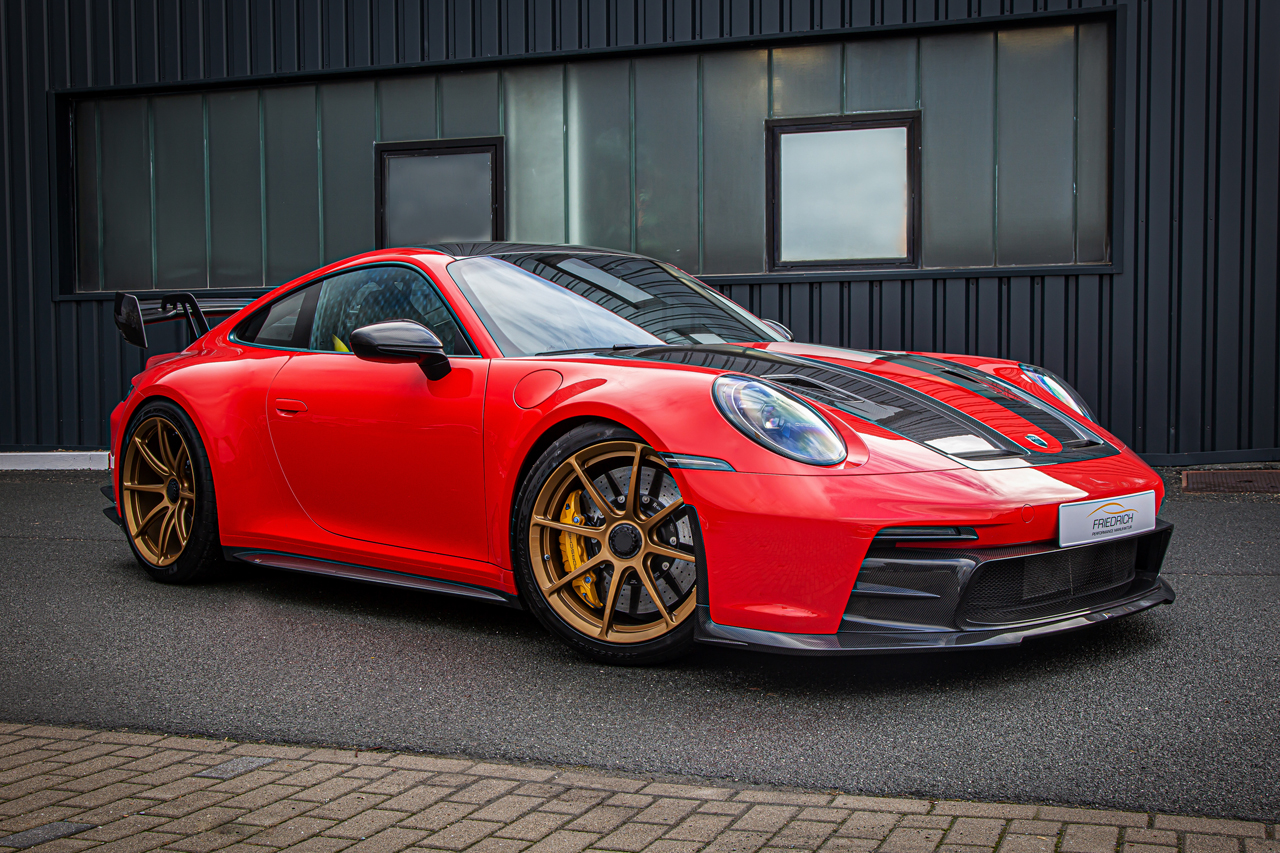 Friedrich Performance a subsidiary of Friedrich Motorsports may not be as well known as other German counterparts but that has not held them back from creating something pretty special for the new Porsche 911 GT3.

The highly-praised 911 has been gifted a plethora of carbon fibre components to shed weight as well a small power hike to make sure you edge out the standard offering.

To lose some weight, a race exhaust was installed which sheds 9 kg while a host of carbon fibre elements have been added all around including a reworked front splitter, front hood, side skirts, mirrors, rocker panels, wing, and rear diffuser. These are all baked in an autoclave under pressure to make it as strong as possible before being finished in matte or gloss coatings.

The most noticeable change is the front hood, which in many ways looks similar to the Weissach package-equipped Porsche 911 GT2 RS and that is a very good thing.

Fancy adding this package to your GT3? The whole bodywork offering comes to €35,000 which excludes fitment as well as the racing exhaust and the stylish €14,500 20″ centre-lock rims.