Tucker – The Man and The Car is a half hour long film created for the Tucker Corporation in the mid-1940s to showcase both the groundbreaking new Tucker 48 production car, and the story of its creator – Preston Tucker.

The story of the Tucker 48 became famous after the release of the 1988 film Tucker: The Man and His Dream by Francis Ford Coppola starring Jeff Bridges and Joan Allen. Interestingly, Coppola is a Tucker 48 owner and he displays his car at his winery in California.

The Tucker 48, also known as the Tucker Torpedo, was a revolutionary car for its time. It incorporated a wide range of features designed to make it as safe as possible – this was decades before the wider automotive community would start really paying attention to the crash safety of their vehicles. 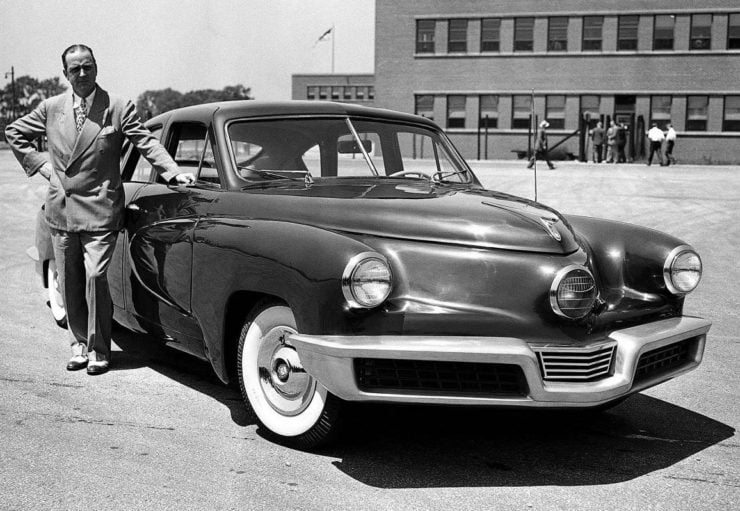 Preston Tucker standing next to a Tucker 48 outside his factory, this photograph is believed to have been taken in 1947. Public relations image courtesy of the Tucker Corporation.

With its perimeter frame and integral roll bar for crash protection, the Tucker 48 would have been one of the safest cars on the road if had made it into full production.

The sheer number of safety features that were rolled into the 48 is remarkable, it featured pop-out windshields, seat belts, a padded dashboard, and the central headlight was designed to turn with the front wheels to illuminate around corners. 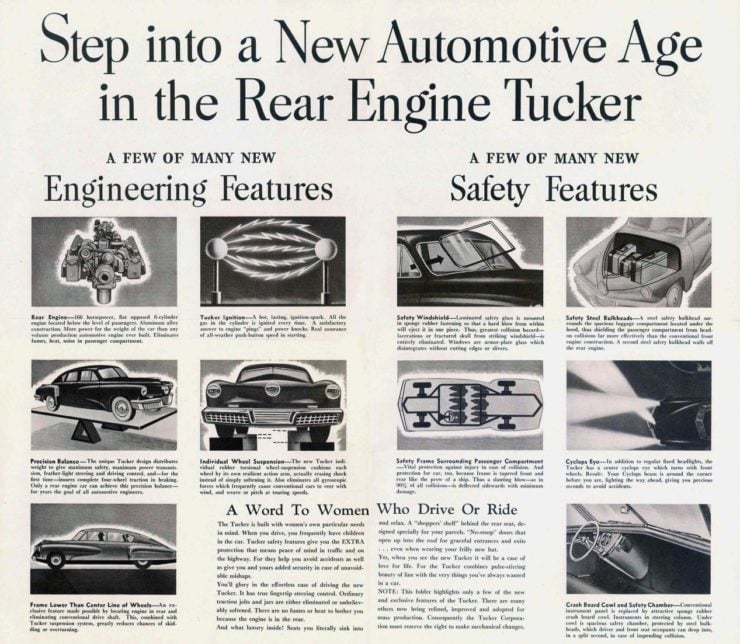 The sheer number of innovations that were incorporated into the Tucker 48 was remarkable, many of them decades ahead of their time. Click the image to see a larger version so you can read the text.

This film gives a good insight into both Preston Tucker and the Tucker 48, it is a promotional film so it can be a little fawning at times, but well worth the watch. If you’d like to read and see more about the car and the man behind it you can click here to see the IMDB listing for Tucker: The Man and His Dream by Francis Ford Coppola or you can click here to read the Smithsonian article on the company.

Perhaps the most famous feature of the car was that central headlight, it gave additional illumination of course but it was originally designed to follow the steering – so it would light your way around corners. 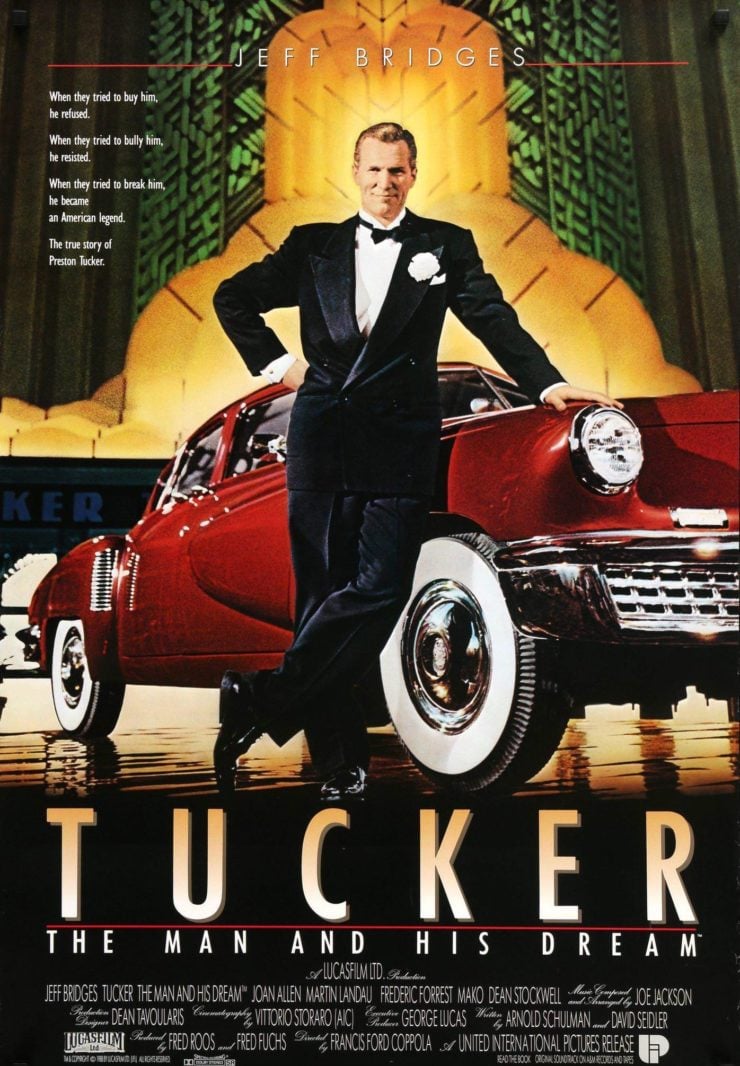 This is the film poster for the 1988 movie “Tucker: The Man and His Dream” starring Jeff Bridges, directed by Francis Ford Coppola.

The post Full Documentary: Tucker – The Man and The Car appeared first on Silodrome.