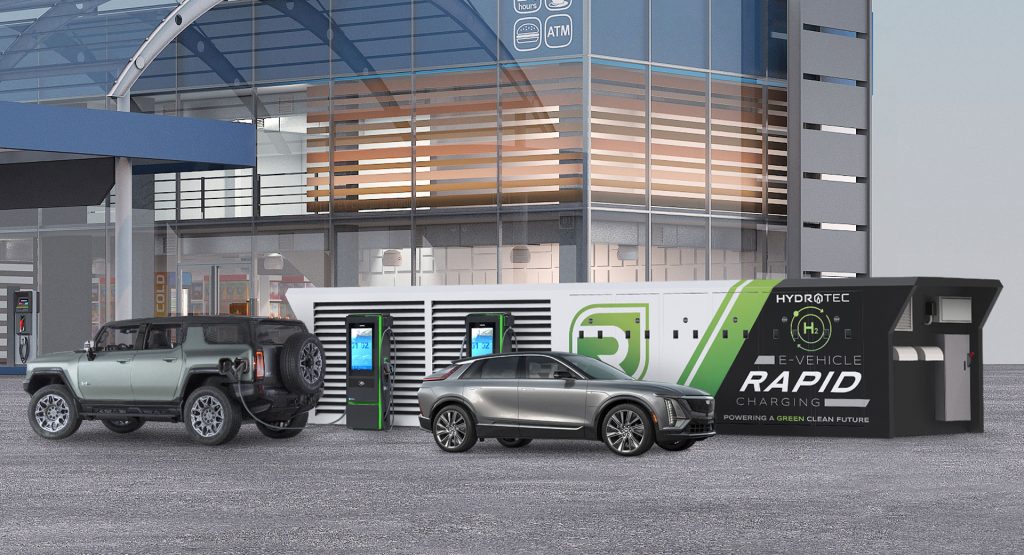 General Motors is one of the leading proponents of hydrogen fuel cells and now the company has announced a handful of new applications for its Hydrotec technology.

Most of them are focused on recharging electric vehicles and one of the applications involves a partnership with Renewable Innovations to create a mobile power generator, which can be used to provide fast-charging capabilities for electric vehicles on a temporary basis.

There are a number of times this could come in handy as the mobile power generator could be towed to stranded EVs to give them a quick charge to get back on the road. There are also potential military applications and a demonstration will be conducted later this year with funding from the Michigan Economic Development Corporation and the U.S. Army Combat Capabilities Development Command Ground Vehicle Systems Center. 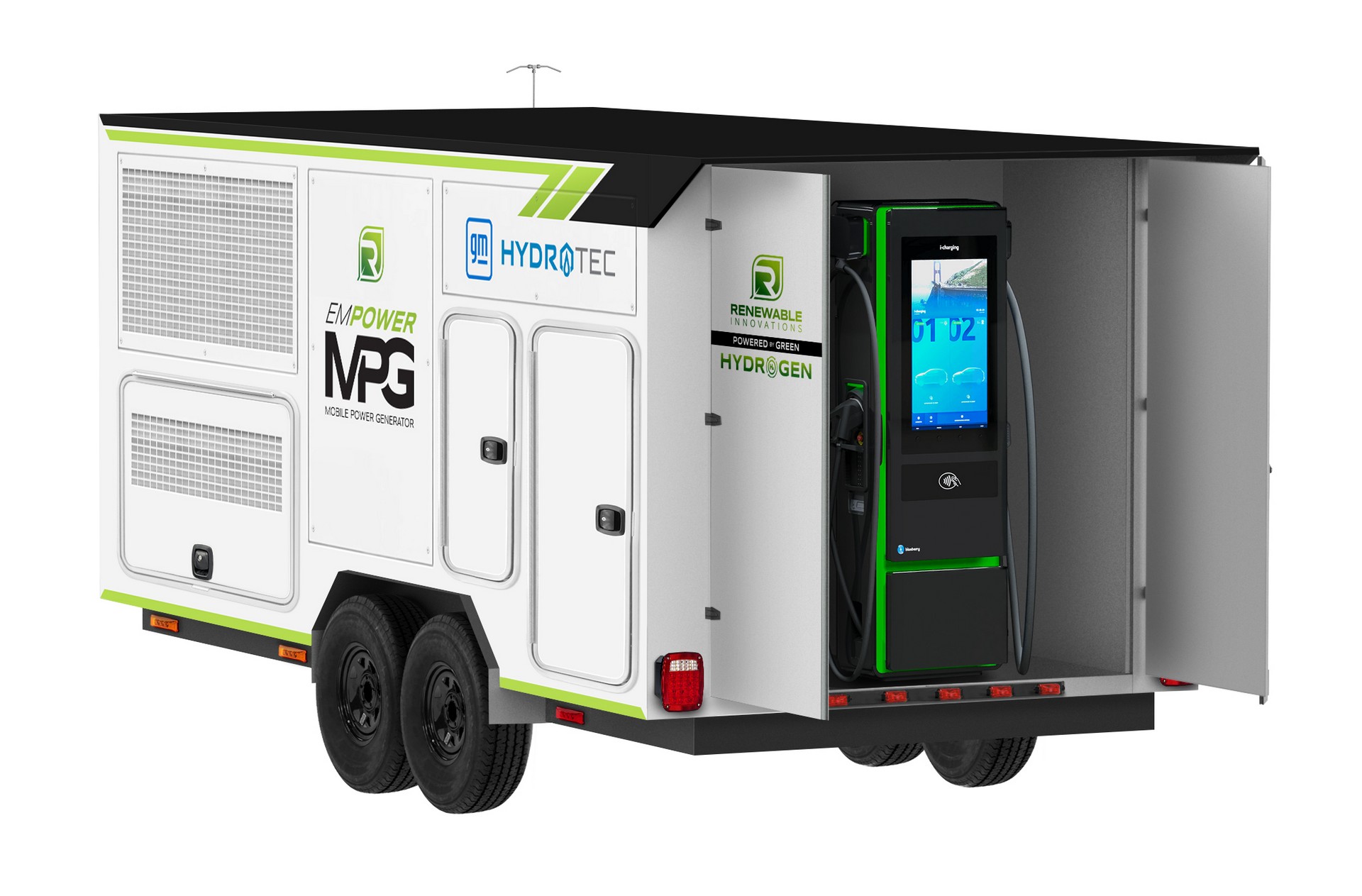 The California Energy Commission is also interested in the mobile power generator as it could be used to charge electric vehicles during “planned power shutoffs used to mitigate wildfires throughout the state.” They’d also make sense along evacuation routes as some EV owners might not have enough range to get to safety.

Besides mobile charging, GM and Renewable Innovations have collaborated on an EMPOWER rapid charger. It’s designed to enable gas stations to easily and affordably offer a DC fast-charging capability as they won’t have to make a “significant investment in nonrecoverable electrical infrastructure upgrades, like larger feed wires, transformers and potentially new substations.”

The EMPOWER rapid charger is powered by eight Hydrotec powercubes, which consume hydrogen from internal tanks. GM went on to say the charger can power as many as four electric vehicles simultaneously and they’ll have enough fuel to recharge more than 100 EVs, before needing to be resupplied with hydrogen. 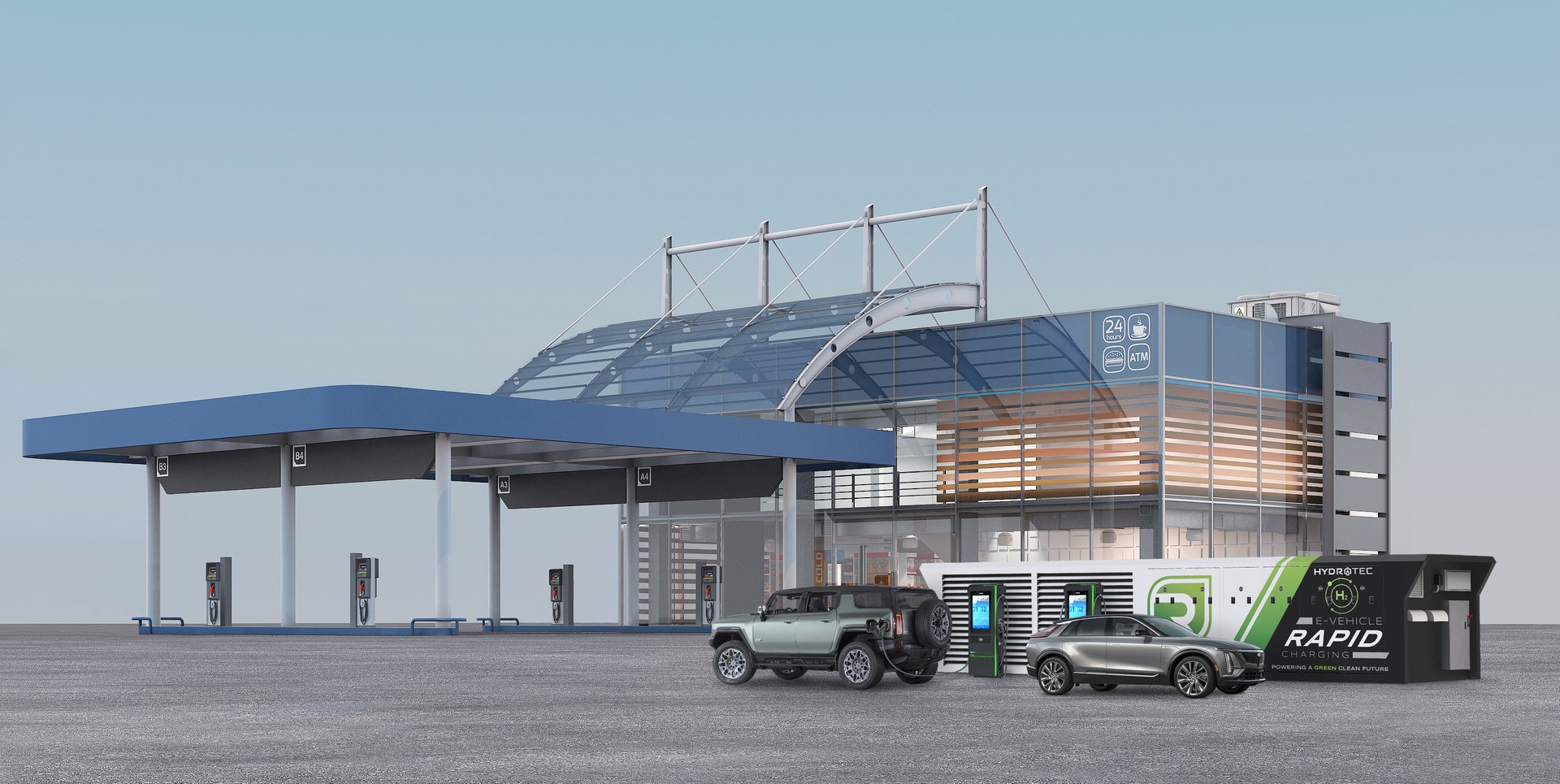 This idea isn’t theoretical as Renewable Innovations has plans to deploy 500 EMPOWER rapid chargers across the United States by the end of 2025. There’s no word on where they’ll be located, but GM noted the chargers would make sense “along corridors frequented by travelers only part of the year, such as near national parks or vacation destinations.”

Last but not least, GM announced a Palletized Mobile Power Generator which is being evaluated by the U.S. Army Combat Capabilities Development Command Ground Vehicle Systems Center. Envisioned to power heavy-duty military equipment and camps, the system produces nearly 70% more power than traditional diesel generators and has features such as a battery backup and output regulation. It’s also quieter than diesel generators and emits water, which can be useful in desert environments. 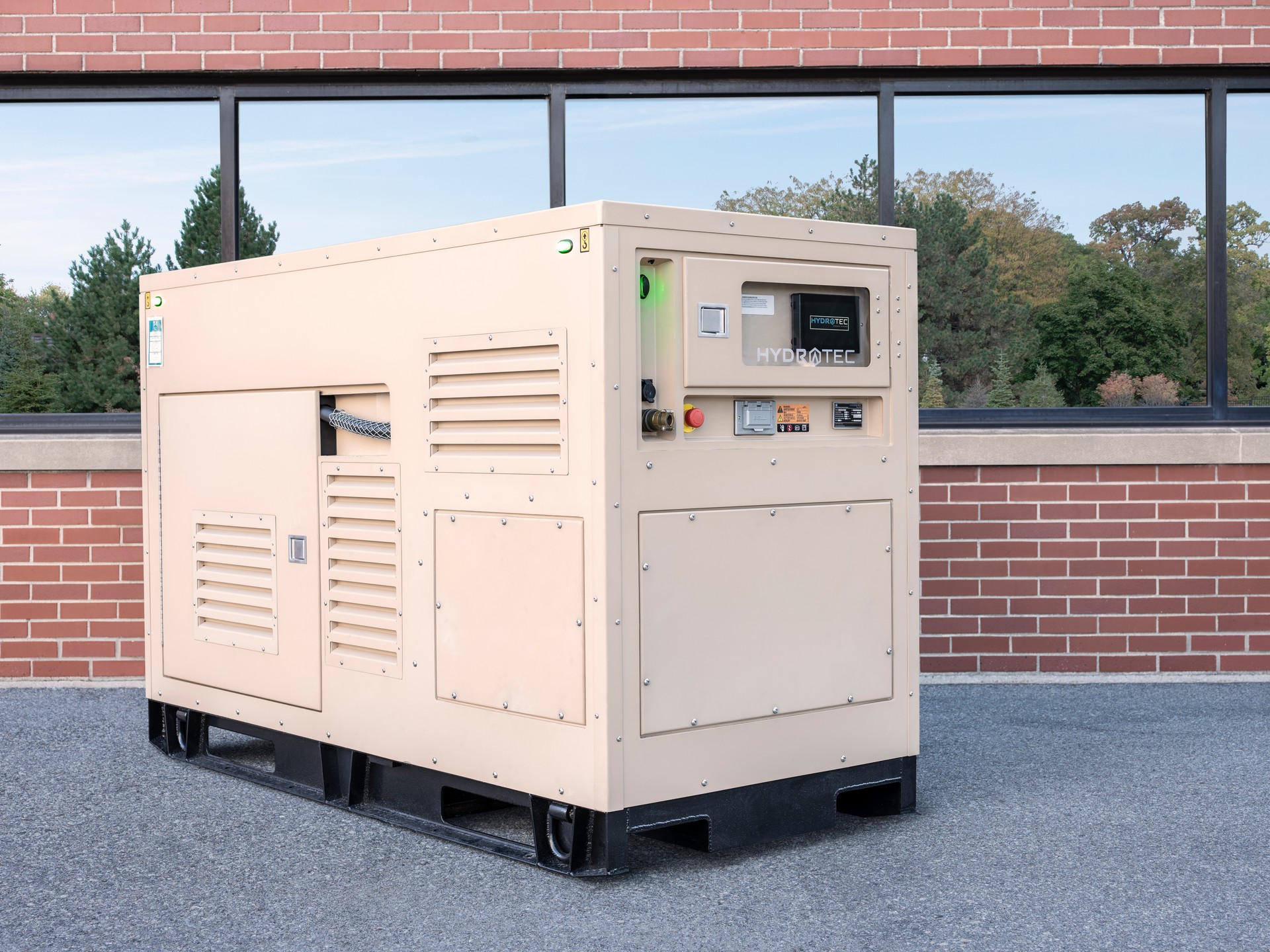