It seems like the government has finally started to take steps regarding retrofitting CNG kits on BS6 cars. Ministry of Road Transport and Highways has issued a notification that says that the BS6 cars would be able to retrofit CNG kits soon. 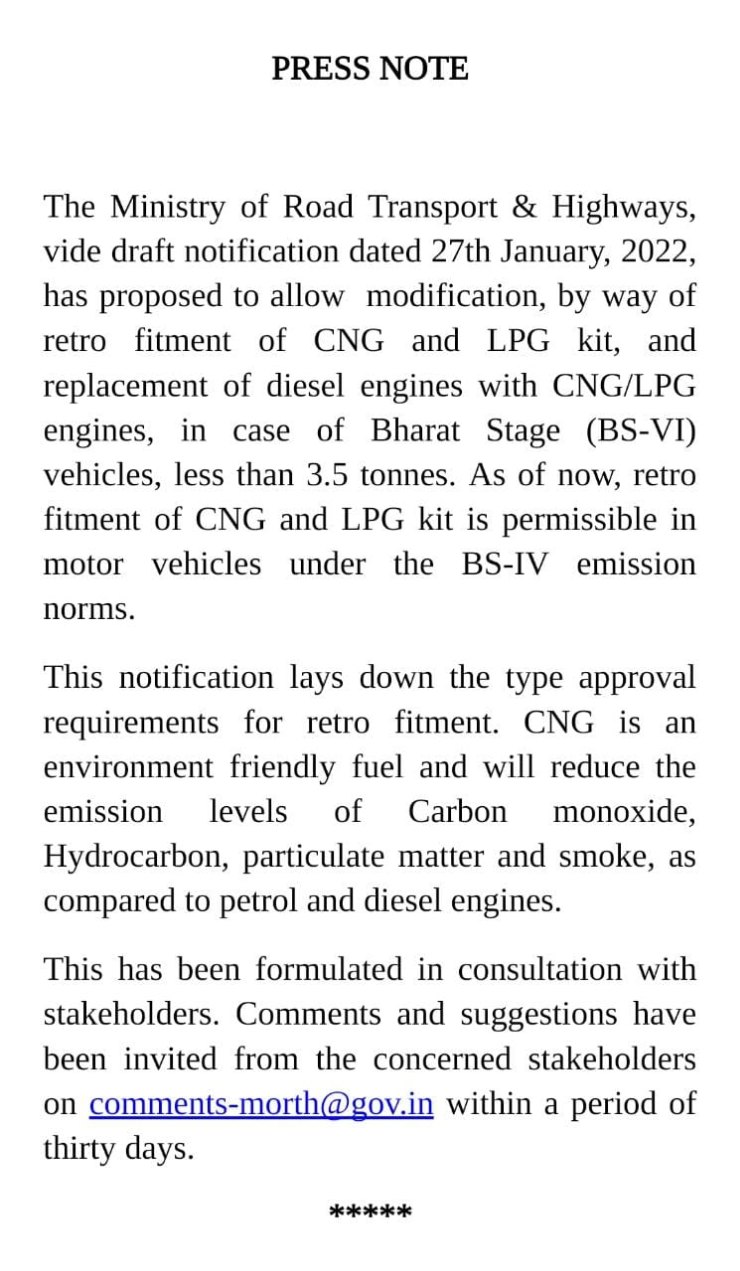 You could have fitted the CNG kit on BS6 cars till now also but you would not be able to make the necessary changes on the registration certificate. So, technically your vehicle would become illegal. Because of this, people were a bit skeptical to fit their BS6 vehicles with CNG kits.

The draft that was issued also says that the diesel vehicles that weigh less than 3.5 tonnes could also be fitted with engines that can run on CNG or LPG. However, this can be a bit cumbersome considering that you would have to swap out the whole engine for a new one that can run on CNG.

MoRTH has issued a draft proposal to allow retro fitment of CNG & LPG kit, and replacement of diesel engines with CNG/LPG engines, in case of Bharat Stage (BS)-VI vehicles, less than 3.5 tonnes. pic.twitter.com/yKEoBpUFmf

Ministry of Road Transport and Highways also tweeted, “MoRTH has issued a draft proposal to allow retro fitment of CNG & LPG kit, and replacement of diesel engines with CNG/LPG engines, in case of Bharat Stage (BS)-VI vehicles, less than 3.5 tonnes.”

Why retrofitting CNG was not allowed on BS6 cars?

Delhi govt allows old vehicles to run if they convert it. 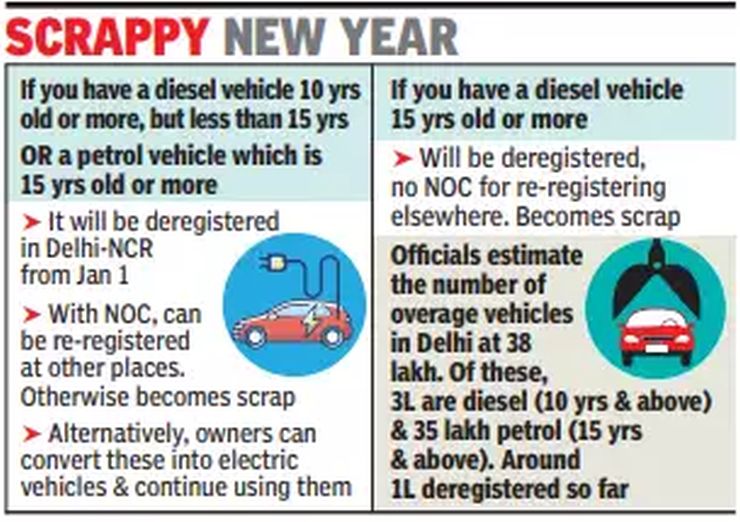 Last year, the government announced that they will be deregistering all diesel vehicles that are more than 10 years old from 1st Jan 2022. This was done to reduce pollution. A NOC was also issued to such vehicles so that they can register the vehicles in other states. However, the transport department did not issue any NOC for vehicles that are older than 15 years. Vehicles older than 15 years will also not be allowed to park at any public place.

The government also said that if the owner decided to convert the internal combustion engine vehicle into an electric vehicle then they would be able to run the vehicle on public roads. However, the electric conversion kit should be approved by the government. As of now, there are some government-approved electric kits in the market and we have also covered some of them. Moreover, such kits are made for specific vehicles. So, your vehicle must be compatible with the kit. It is not like every vehicle can be converted to electric.