First generation Mustang spawned an entire class of pony car imitators – what did we make of the original?

This icon-bearing masterstroke from Ford used humble family car underpinnings to produce a competitively priced and stylish new sports car for the masses.

A high-performance pack raised our 4.7-litre test car’s output from 210bhp to 271bhp via mechanical tappets, a massive four-choke carburettor and free-flow exhaust. An optional four-speed manual gearbox replaced the standard three-speed auto, but the low, drag-strip-friendly gearing made for noisy, thirsty cruising.

Our car’s drum brakes locked easily at the back and faded severely. However, the ‘handling package’ fitted to all UK cars used heavy-duty rear springs with firm dampers, while a massive anti-roll bar up front worked impressively well.

Power drifts were eminently possible on sweeping curves, but mid-corner bumps disturbed the none too rigid convertible’s chassis, and damp surfaces unstuck the Mustang with worrying ease. Steering was precise, though.

Although interior finishes were good, the driving position lacked adjustment and the rear seats wanted for leg room. The power hood was a real boon, though, and stowed neatly. 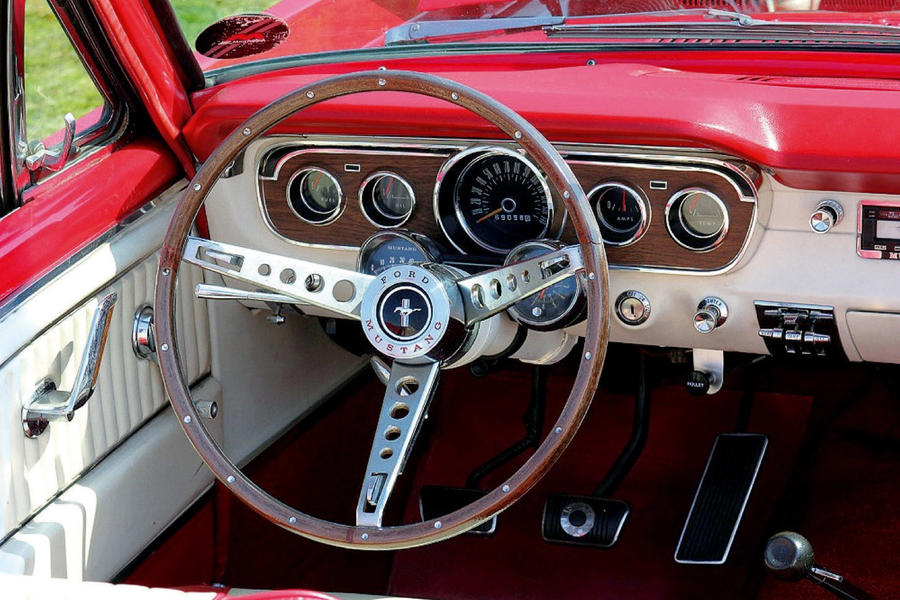 With coupé, convertible and fastback variants, Ford’s new sports car sold incredibly well in the US, notching up over a million sales in its first two years. The big-block ‘Cobra Jet’ 7.0-litre V8 arrived in 1968. The car itself grew during its first generation, too, with the 1971-73 model being over a foot longer and 272kg heavier than the original. 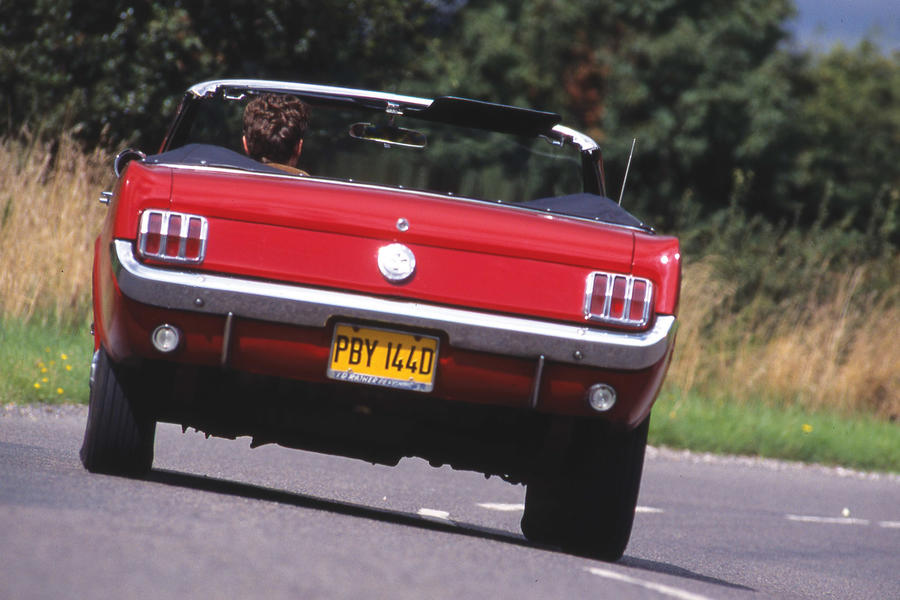