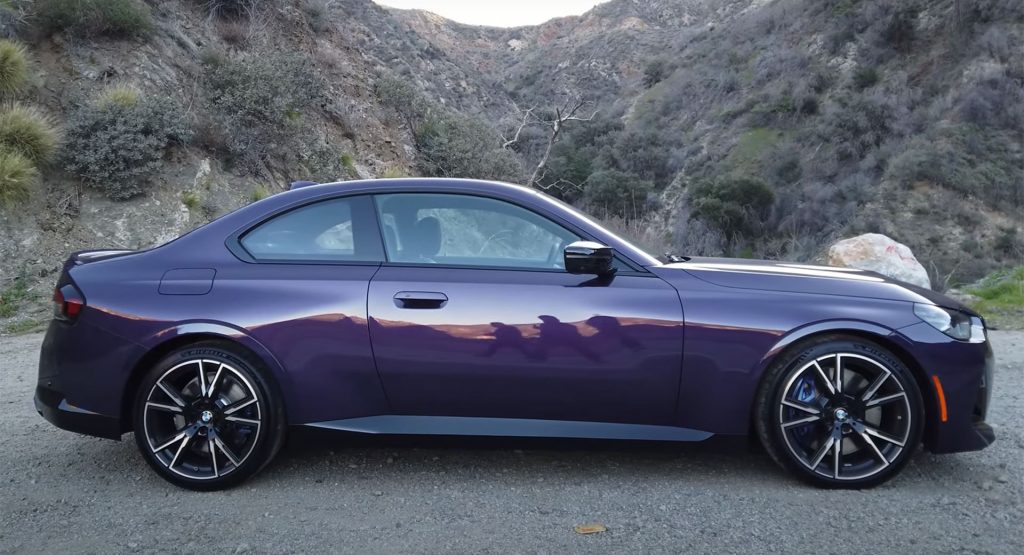 The new BMW M240i xDrive has stirred up quite a lot of debate since its unveiling and the guys over at The Smoking Tire recently had the opportunity to test it out for the very first time.

The new 2-Series Coupe is noticeably larger than its predecessor and while the range is currently topped out by the M240i xDrive, it will be joined by a new M2 in the not too distant future. When finished in the shade of purple of the press vehicle featured in this review, it certainly makes a statement, despite not being a proper M car.

Giving the M240i xDrive its juice is a 3.0-liter turbocharged inline-six rated at 382 hp and 369 lb-ft (500 Nm) of torque. Customers can only pair this engine to an eight-speed automatic transmission and a rear-biased all-wheel drive system with an M Sport rear differential. BMW’s official claim is that the car can hit 60 mph (96 km/h) in 4.1 seconds but a recent Car & Driver test revealed it can actually reach 60 mph in just 3.6 seconds.

To put the sports car through its paces, The Smoking Tire headed onto the stunning canyon roads near Los Angeles.

One thing they immediately note is that the M240i xDrive is really fast and that it is able to remain quite flat while cornering. Farah adds that it is very good at maintaining its contact patch when driven over rough roads and adds that even on the bumpiest of surfaces, it feels nice and compliant. Not everything is perfect, however. For example, Farah and his co-host say the brakes don’t feel up to the task and feel very soft.