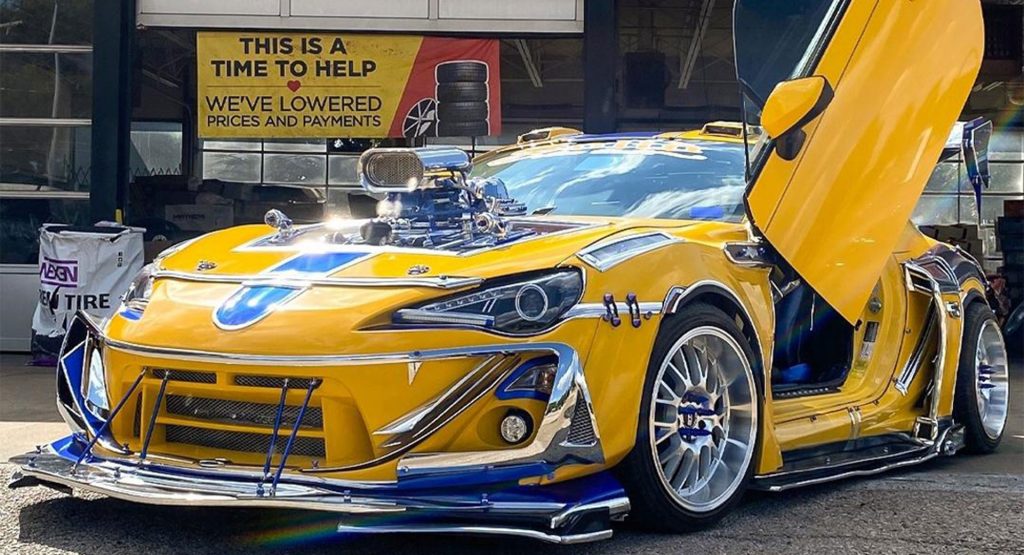 Some questionable modifications have been made to Toyota GT 86, Scion FR-S, and Subaru BRZ models over the years and this particular example could very well be the most wildly modified we’ve come across to date.

This FR-S has been around in its current form for a few years ago but we only recently stumbled across it on Reddit before finding a walkaround video of the sports car on YouTube. The owner clearly wanted to make the car stand out and look fitting for a starring role in a Fast and Furious film from the early 2000s.

Watch Also: This Scion FR-S Clearly Wishes It Was A Lexus LFA Instead

For starters, the FR-S has been re-painted in a bright shade of yellow and equipped with a bizarre array of parts that look like they were lifted directly off the shelves of the owner’s favorite AutoZone store. There are flared front and rear wheel arches, extended side skirts, a huge front splitter, aerodynamic canards, aftermarket wheels, and a rear wing fitting of a track-focused weapon. The FR-S also has louvers on the rear side windows and the rear window and there are even fake roof scoops. What takes the cake, though, are the Lamborghini-style scissor doors.

Extensive changes have been made under the hood, although it’s hard to know what parts are real and what are there purely for aesthetic purposes but if we were to guess, we’d suggest most are there purely for the looks. Rounding out the exterior alterations are a host of blue parts and chrome accents.

Modifications continue into the cabin of the FR-S where there is a large NOS bottle (again, we’re not sure if it is real), racing harnesses, a host of screens, and a new audio system. Found in the trunk are new speakers and amplifiers.