A lower carbon footprint is the aim of car manufacturers from Alfa Romeo to Volvo, yet OEMs are ditching the green fuel en masse

Hydrogen fuel cell electric vehicles (FCEVs) should be making their big stage entrance right about now. Petrol and diesel cars are under fire as the UK government pushes harder for zero emissions ahead of its ban on new ICE vehicles from 2030. Meanwhile, hydrogen is a key part of emissions reduction from British power generation (plans were announced last year to produce 5GW worth annually by 2030 – roughly the output of two nuclear plants). And FCEVs eliminate much of the range and charging anxiety prompted by the move from ICE cars. So where are they? 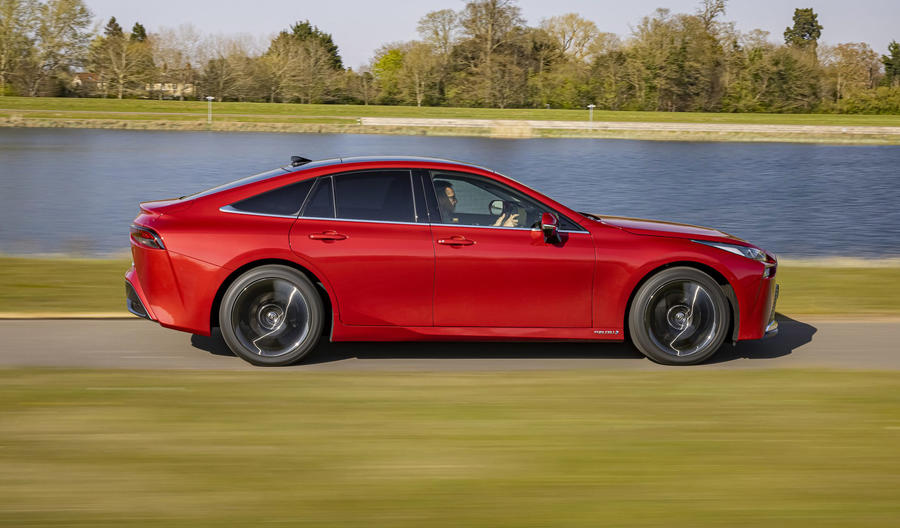 Despite decades of research into hydrogen fuel cells, many car makers are now backing away from the technology.

Honda last year announced it was ending its Clarity fuel cell programme, citing low demand. In 2020, Mercedes-Benz stopped its long-running F-Cell programme, due to high costs and an inability to lower them.

General Motors has broadened the focus of its Hydrotec fuel cells to embrace “land, air and sea” applications. Jaguar Land Rover said in April last year that it would test a Defender FCEV by the end of 2021 as part of its emissions reduction programme, but in October it lost its fuel cell chief, Ralph Clague, and it declined to tell Autocar whether he had been replaced or whether the test went ahead as planned. And even Toyota, the car maker that has backed fuel cells the most forcefully, has shifted its ambitions for the technology away from cars. “In terms of passenger vehicles, I don’t see fuel cells as being a significant opportunity, honestly. We’re talking a few thousand annually [by 2030],” said Toyota Motor Europe president Matt Harrison in an interview last month.

So what’s the problem? FCEVs have long been held back by a number of issues, chief among them a lack of fuelling infrastructure. The UK right now has just 14 public hydrogen fuelling stations. Toyota was able to take a chance on hybrids in the 2000s because they needed no new infrastructure, but without easy access to hydrogen, FCEVs aren’t attractive.

The UK government is partly to blame for focusing too much on BEVs, argues Celia Greaves, CEO of the UK Hydrogen and Fuel Cell Association. She said: “There are orders of magnitudes in the difference between levels of support we’re seeing of hydrogen fuelling infrastructure versus chargers.”

Then there’s cost. Hyundai said last year that FCEVs won’t hit cost parity with BEVs until 2030 – but battery producers certainly won’t be standing still for the next eight years. The Hydrogen Council equates the platinum and iridium needed for fuel cells (and the electrolysers to make the greenest hydrogen) with the cobalt and nickel needed for lithium ion batteries; but new battery chemistries are slowly reducing the need for those metals, lowering fuel cells’ cost target yet further. 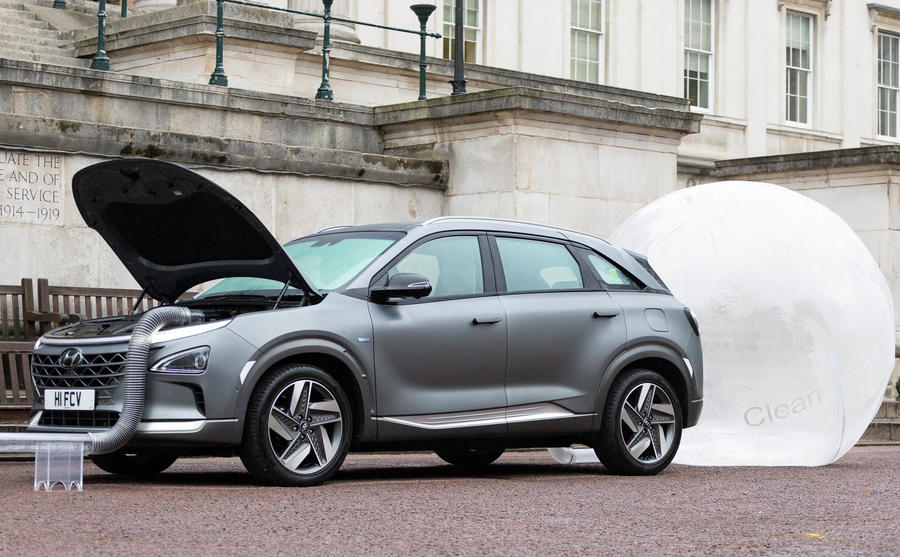 Toyota is working on fuelling existing internal combustion engines with hydrogen, but Harrison said this research is so far aimed at motorsport. “Whether that makes it beyond motorsport experimentation into any sort of engine application, we’re some way off making a judgement on that,” he said.

But as hopes for fuel cells for cars fade, they’re becoming the reality for commercial vehicles, particularly trucks. “Hydrogen fuel cells have low prospects in cars. However, the range and refuelling advantages mean that heavy duty applications have long offered a potential use for the technology,” market research firm IDTechEx wrote in a recent report looking at EV trends.

Vauxhall plans to introduce the 249-mile-range Vivaro-e Hydrogen van to the UK next year, while Renault is promising fuel cell vans for sale in 2023. Meanwhile, hydrogen trucks are being investigated by the likes of Hyundai, Daimler (in partnership with Volvo) and Chinese firm Hyzon, which has already started production.

Toyota Europe is about to start making fuel cells at its Belgian R&D centre to supply customers outside the car industry, such as Portuguese bus manufacturer Caetano. In the UK, Wrightbus makes hydrogen buses for customers including Transport for London.

The idea now is to create a ‘hydrogen society’ into which one day, advocates hope, you can drive fuel cell cars with much less hassle than today. “Hydrogen is coming to sit at the heart of energy for the coming decade,” said Greaves. “That gives us the opportunity to put fuel cell cars back onto the agenda, scale up production and reduce distribution costs.”

Whether FCEVs will ever be able to reclaim the momentum they’ve lost to BEVs, however, is a key question.

The Cheese of the Future

Hydrogen fuel cells make electricity by causing a chemical reaction between hydrogen and oxygen, of which the only by-product is water. However, to make hydrogen without using fossil fuels, you have to do the reverse, and that takes a lot of electricity. Ideally, that electricity comes from renewable sources such as wind, otherwise the point of FCEVs is lost.

The BEV argument is that you save a lot of energy by putting that clean electricity straight into a battery. The FCEV counterargument is that there might not be enough batteries to store renewable energy when it’s being generated; for example, on a windy night.

“Hydrogen will play a similar role to cheese,” Sae Hoon Kim, head of Hyundai’s fuel cell centre, memorably claimed in a speech last September. His analogy recalled nomads who preserved leftover milk as cheese to use over the winter. “Hydrogen can convert excess electricity generated from wind or solar power into [energy-dense] hydrogen that can be stored in huge quantities,” he said. “Electricity is like milk, hydrogen is like cheese.”

FCEV sales haven’t got going in the UK because their makers have been trying to sell us the wrong models, reckons Hugo Spowers, managing director of British hydrogen car company Riversimple. “Toyota and Hyundai aren’t pushing their hydrogen programmes, because there’s no infrastructure,” he told Autocar. “If you build an intercity limo like the Mirai, you need 300 filling stations to create a credible market for your car, whereas if you build a local vehicle, one filling station is enough.”

Riversimple’s Rasa FCEV, scheduled for production in 2024, is a two-seat, coupéstyle runabout with a projected range of 300 miles, but it’s no long-distance cruiser. Instead, it’s designed for weekly fills around one local hydrogen pump.

Riversimple is talking to local councils, independent fuel retailers and hydrogen hub developer Element 2 to work out where would be best to install pumps and therefore where to sell the first batch of Rasas. “We’re working to identify eight to 10 launch locations to make a strong business case for a refueller,” said Spowers.

“We put 100 cars in that market, then they have 100 captive customers.” He hopes that this single pump would then attract locally run hydrogen vans, buses and even lorries. “Concentrating demand for all these companies is key to building a business case,” he said. “It’s absolutely delusional to think anyone will roll out a nationwide infrastructure in the hope that vehicles populate quickly enough to make it profitable.”