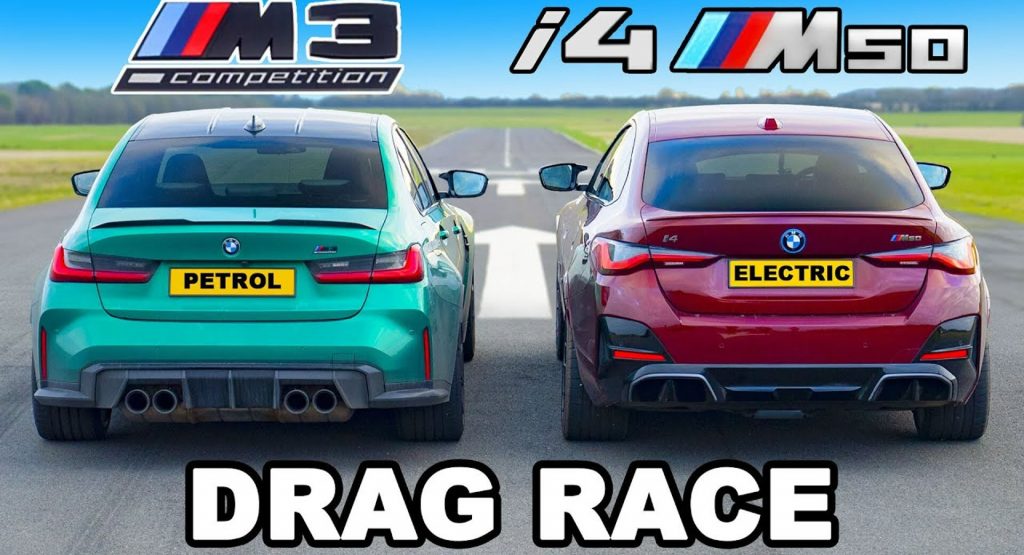 We’ve known for some time that the BMW i4 M50 was coming but where it’s going to fit has been a bit of a question. It’s similar in terms of size and practicality to the M3 but we’ve wondered how exactly it’ll stack up against the sports sedan that basically coined the term. Now we’re getting a chance to see an independent test of the two accelerating and braking together to find out what’s what and it’s closer than you might expect.

The M3 is a proper brute of a car in its own right but the one used in this film from Carwow is the range-topping M3 Competition which means even more power and more speed. It makes 510 hp (380 kW) that are sent straight to the rear wheels through an eight-speed automatic gearbox. At 3,813 pounds (1,730 kg), it’s no lightweight but it isn’t anywhere near the porker that the i4 M50 is.

The all-electric sedan tips the scales at 4,883 pounds (2,215 kg), or about the weight of the average rhinoceros. Despite its heft, it does have a few things going for it like the fact that it’s all-wheel-drive and that since it’s electric, it has instant torque so it should rocket off of the line while the M3 is building power. One more thing: it has more power too; 544 hp (405 kw) in total to be exact. 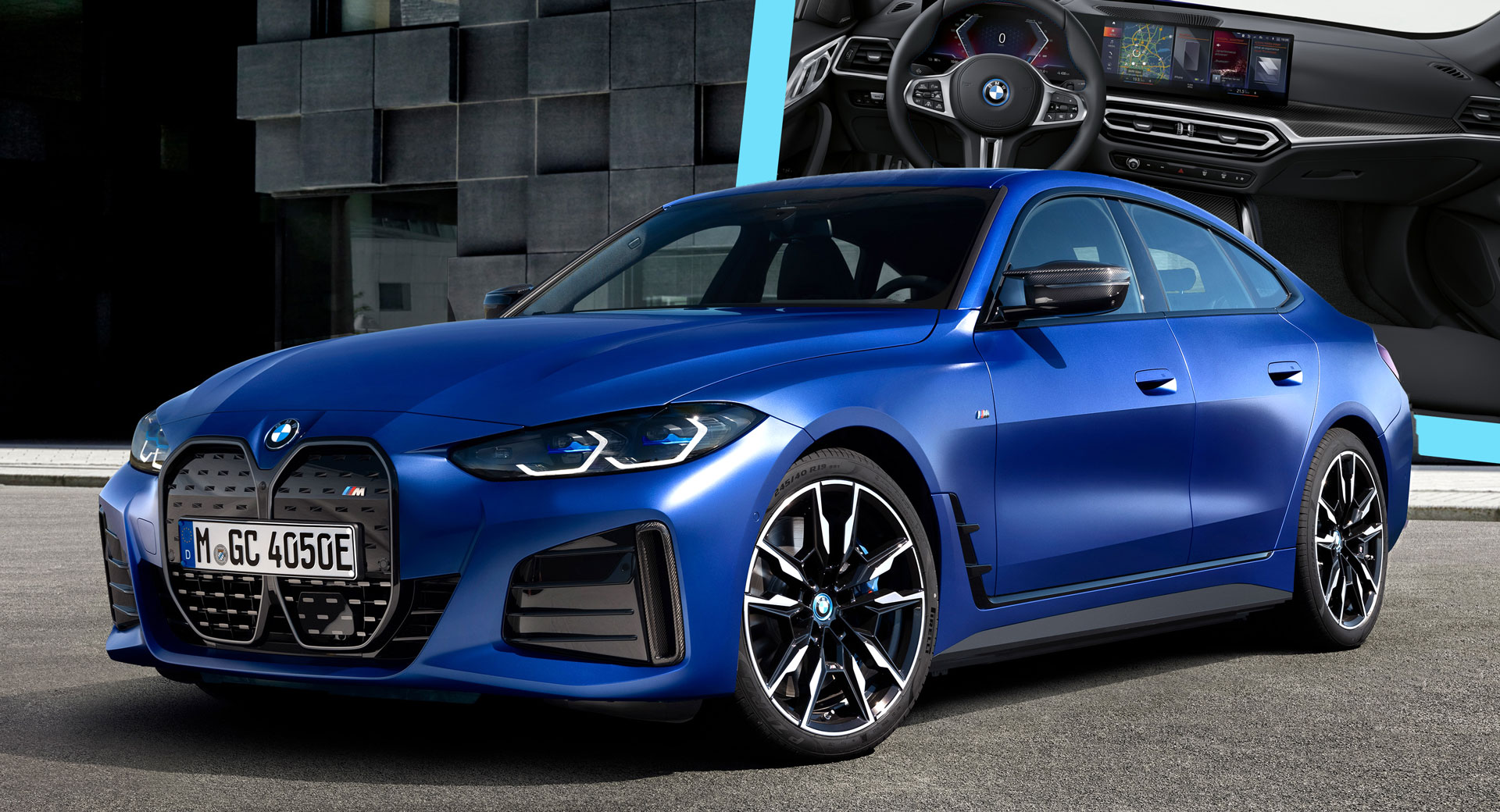 Still, those benefits aren’t enough to see it come out on top in these performance tests. The i4 M50 does indeed launch hard and get a small lead in almost every race, but the better power-to-weight ratio of the M3 helps it overtake the all-electric sedan in each time. It’s very close each time though. Notably, when the two line up for a roll race starting out at 30 mph (48 kph), the M3 only catches up to the i4 M50 at well over 100 mph (160 kph). The i4 also stops faster than the M3 in the only braking test shown in the video,which is not bad for a car that weighs 1,000 pounds more.