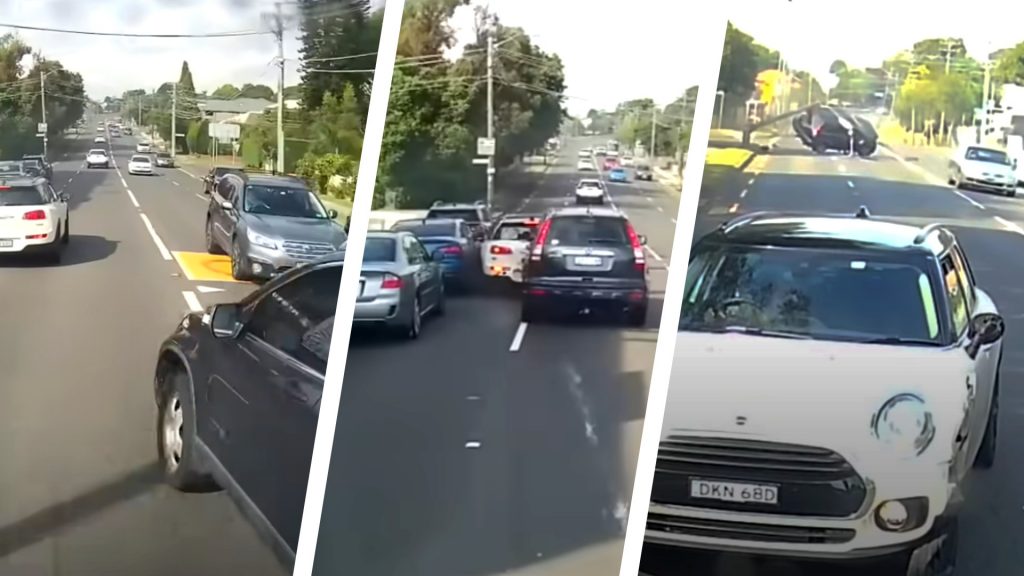 An impatient Honda CR-V driver in Australia caused a pretty serious accident following a series of illegal overtaking maneuvers. The SUV driver ended up crashing on a pole after damaging at least three other vehicles.

The entire incident was caught on dashcam footage taken from a van. It all started when a Toyota Hilux slowed down and stopped in order to make a right turn. The van overtook the pickup from the inside lane closely followed by a woman driving a third-gen Honda CR-V with a rather aggressive driving style. That is when the van driver performed what appears to be a brake check, infuriating the woman.

The CR-V driver stepped on the accelerator, illegally overtaking the van and nearly crashing with a Subaru Outback coming from the other side of the road. While the head-on collision was avoided, the SUV was going too fast for the road conditions, rear-ending the unsuspecting driver of a MINI Clubman. What is weird is that despite the collision which forced the MINI on a parked Kia Cerato Koup and a parked MINI Countryman, the Honda driver didn’t use the brakes to stop this wild course.

Finally, the SUV managed to turn the MINI around and continued for a few meters on the pavement before crashing on a pole. The collision was so fierce that the Honda rolled over and the pole was taken down, resting on the SUV’s roof.

According to the description of the video, the woman who was behind the wheel of the CR-V claimed to suffer a medical episode. Thankfully everyone involved in the accident is OK. At least four cars were damaged in the process but we guess that the insurance company will cover the expenses after watching the dashcam footage. Even though the van driver did wrong by brake-checking the SUV, the latter is the one to blame for all this mess that could end up a lot worse.