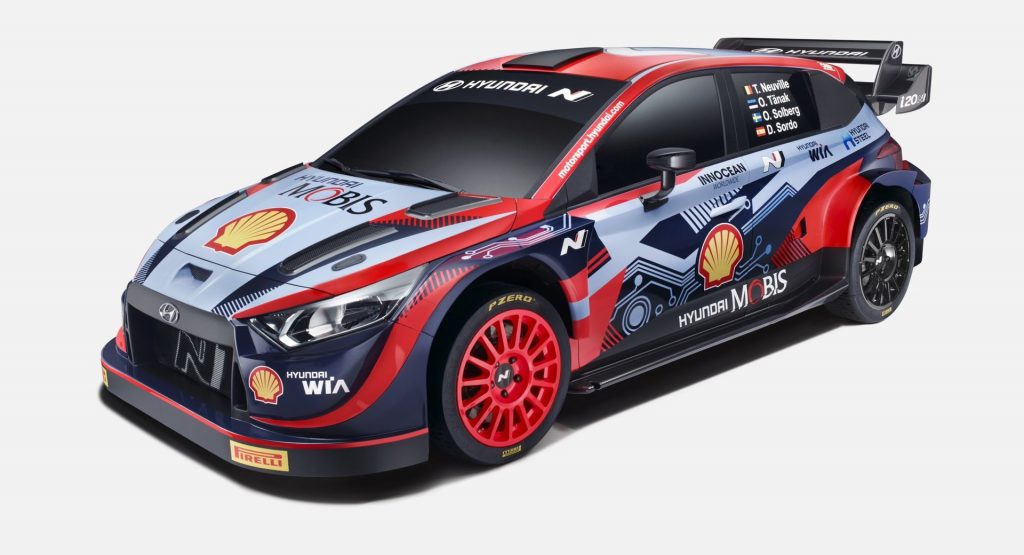 Hyundai has officially unveiled the i20 N Rally1 race car that will compete in the 2022 season of WRC against the likes of the Toyota GR Yaris Rally1 and the M-Sport Ford Puma Rally1. As the new regulations stipulate, all contestants will be using a hybrid setup.

While its rivals have already teased their new hybrid racers, Hyundai is the first one to fully unveil it. Both Toyota and M-Sport Ford are expected to launch their vehicles on January 15 at the season-opening ceremony.

Unlike its predecessor which was based on the previous-generation i20 Coupe, the new race car is adopting the lines of the new-generation i20 N. However, Hyundai has added an extreme aero bodykit including wide front and rear fenders, redesigned bumpers, a central exhaust, and a massive rear wing with extensions. The racecar look is enhanced by a new teal, blue, and orange livery plus the tarmac-specification multi-spoke wheels shod Pirelli P-Zero tires.

All vehicles in the Rally1 category will be based on a new steel spaceframe chassis fitted with a hybrid powertrain. The latter will consist of a direct-injection turbocharged 1.6-liter four-cylinder engine working together with an electric motor that produces an additional 134 hp (100 kW / 136 PS) and 132 lb-ft (180 Nm) of torque. Power will be transmitted to all four wheels through a sequential gearbox while a 3.9 kWh battery pack with carbon fiber housing will be the energy source for the e-motor. The battery will be charged from regenerative braking but also from an external power source in-between stages.

Read Also: The Hyundai i20 N Is Fun But Not Without Fault 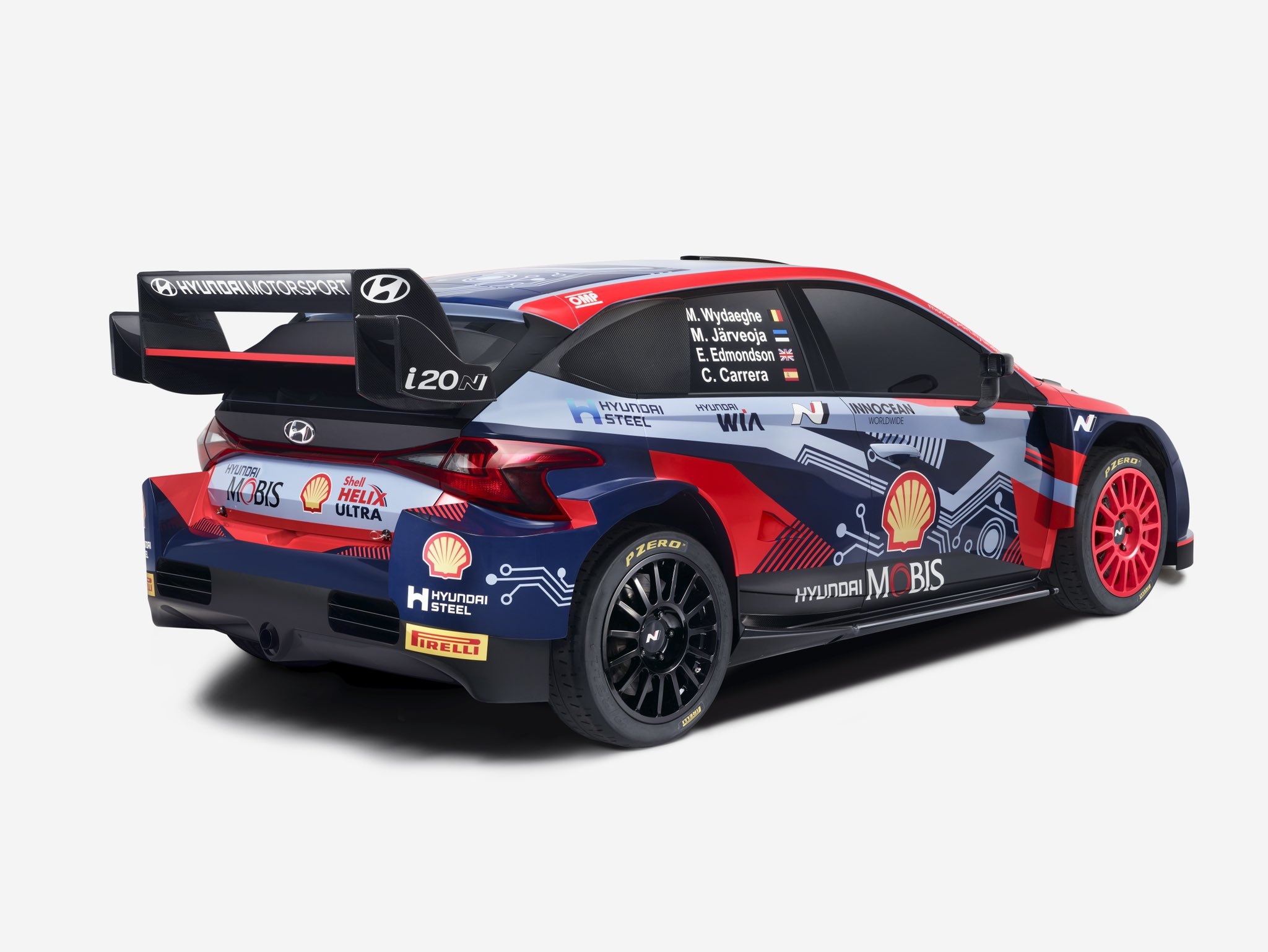 As reported by Motorsport, Hyundai Motorsport GmbH president Scott Noh is confident they have what is needed to fight for their third manufacturers’ title repeating the 2019 and 2020 triumph, and also to support the hunt for a drivers’ title. Speaking of which, the drivers’ lineup for 2022 will include five-time runner up Thierry Neuville, and 2019 Champion Ott Tanak who will compete in all 13 races of the season, while newcomer Oliver Solberg will be sharing the driver’s seat on Hyundai’s third entry with WRC veteran Dani Sordo.

Like its rivals, the Hyundai i20 N Rally1 will make its racing debut in the Monte Carlo Rally on January 20. Looking forward to the new season, Hyundai N uploaded the following video on its official channel on YouTube.