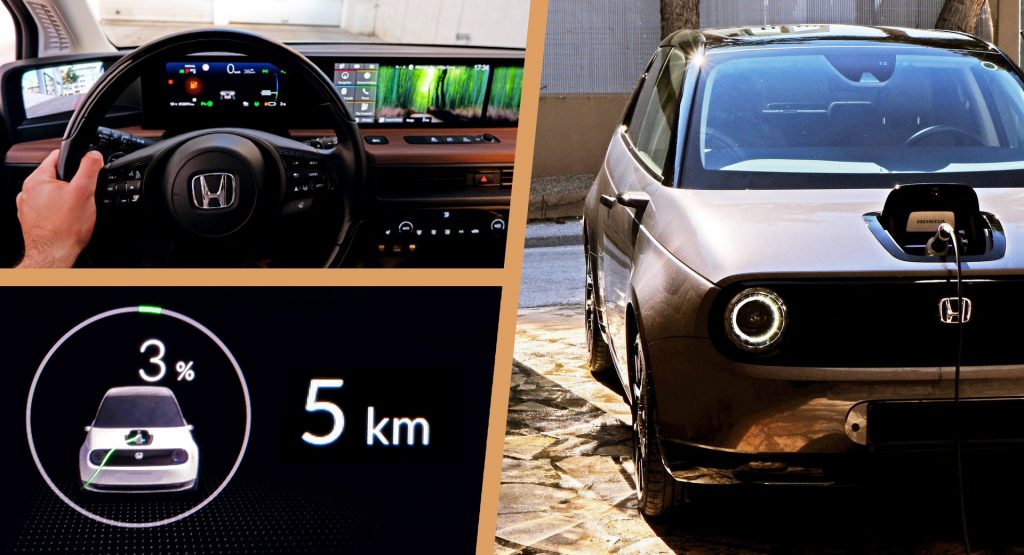 Last week, I had the keys to a Honda e press car and I thought I should try a real-life experiment in Athens, Greece. My goal was to see whether an EV with a comparably limited range can still be usable for someone who lives in an apartment and doesn’t have a dedicated parking spot and/or the necessary framework in the building to charge overnight – which mind you, is by far, far the norm, not the exception.

On Friday evening, I parked the Honda e outside my apartment on the street with a 50 percent charge and 77 km (48 miles) of range on the trip computer. My goal for Saturday was to visit family members living in the opposite ends of the town and ironically, the entire round trip on Google maps was 76 km (47 miles).

Despite knowing it would be a close call, I decided to embark on a zero-emission trip, hoping that I would be able to charge the Honda along the way. Thankfully, our press car came with both kinds of charging cables (standard home outlet and charger outlet) making it easier to find an external source, at least on paper. The first leg of the trip was 18 km (11 miles) and I arrived at my destination with 40 percent battery and a remaining 61 km (38 miles) of range, proving that the Honda e’s trip computer was trustworthy. 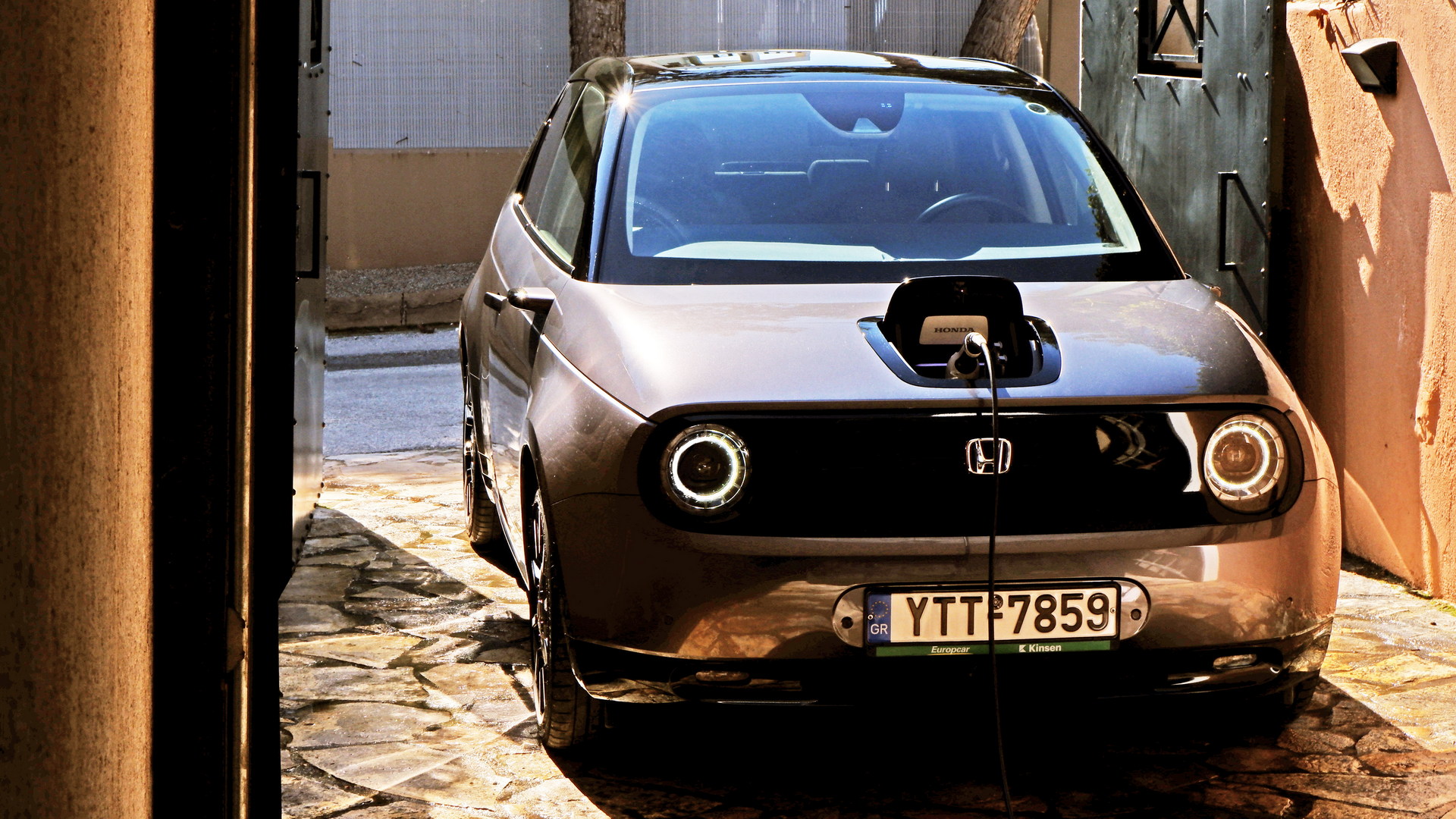 D’oh! My Moment Of Zen With The Charging Port

The house I visited in the southeast suburbs had a garage so I plugged the car in during my stay. I have to admit that opening the Honda e’s charging port was a lot easier than I would imagine after spending 10 minutes trying to find a button inside the cabin or through the infotainment menu.

Τo my embarrassment, the solution was as simple as pressing and holding the charge button on the key. Exactly one hour and fifteen minutes later, I unplugged the car with 44 percent charge and 68 km (42 miles) which means I only gained 4 percent in the standard home plug. At this rate, my car would need 15 hours to go from 40 to 100 percent, which wasn’t convenient.

Looking For Chargers In A Close Radius

After confirming that home plugs are only good for overnight charging, I started the second leg of the trip while my wife was searching online for an available charger close to our destination. We arrived in a central spot of the northern suburbs right next to the beach, where thousands of people go on the weekend to enjoy the sun. Mind you this is an expensive area with plenty of supercars and fancy SUVs driving around so I expected to find at least a few charging points in the surrounding area. Unfortunately, the “search a charging station” feature on Honda’s infotainment system gave us an “Authentication Failed. Please try again later” message, although the vehicle was online using my smartphone’s data through a Wi-Fi hotspot.

After trying different charging network applications and Google Maps, we found two available options – in a private company building (a 10-minute walk) and at a gas station (a 15-minute walk). We went for the latter as a safer choice but when we arrived, the employees informed us that none of the chargers was working, having been off-duty for a long time. With 20 percent charge and 34 km (21 miles) on the trip computer of my Honda, I decided to take the risk and go on, since my house was 21 km (13 miles) away.

Range Anxiety Is Real And Scary

After lunch, the last and most nerve-wracking part of the trip started. Traffic was being kind to the Honda e’s range with low average speeds and plenty of regenerative braking. My priorities were not to rely on roadside assistance, and not spend hours on a charging station far away from my house. Thankfully, I found two available 25.2 kWh rapid chargers through a dedicated application that were only a 10-minute walk from my house.

My efficient driving style worked and we arrived with a 3 percent battery level and just 5 km (3 miles) of remaining range. The security guy confirmed there were two fully-functional rapid chargers inside, but he was reluctant in allowing me in since he wasn’t sure if they were open to the public or just for the company’s employees (even though the app showed a 24-hour and 7-day a week availability). After contacting his boss and explaining my low-range situation, he opened the door giving me access to the charger with only 1 percent of energy left in my battery. This may sound staged but trust me it’s not. You can ask my pregnant wife who now has a personal experience of the term range anxiety.

Both of us felt great plugging in the Honda e and watching the energy flow. With a rate of €0.50 ($0.57) per kWh, a full charge of the 35.5 kWh battery would normally cost €17.75 ($20), however for whatever reason the app didn’t let me pay and I charged the Honda for free. In terms of charging time, the car predicted it would need 5 hours from 1 to 100 percent, which sounds logical since the onboard charging cable has a capacity of 6.6 kW, using only a fraction of the charger’s 25.2 kWh capability. Mind you, the Honda e supports ultra-rapid charging at up to 100 kW DC, but no charger like this is available in Greece at the moment.

Late at night, I picked up the car with 99 percent charge status and 165 km (102 miles) of range. To be fair, this was more than enough for my Sunday chores – including a little bit of spirited driving on B-roads which left me with 79 percent and 140 km (87 miles) of range by the end of the weekend. That is a safe energy level to kick-start the week. Lesson learned; from now on, I will always charge my EVs on Friday night. 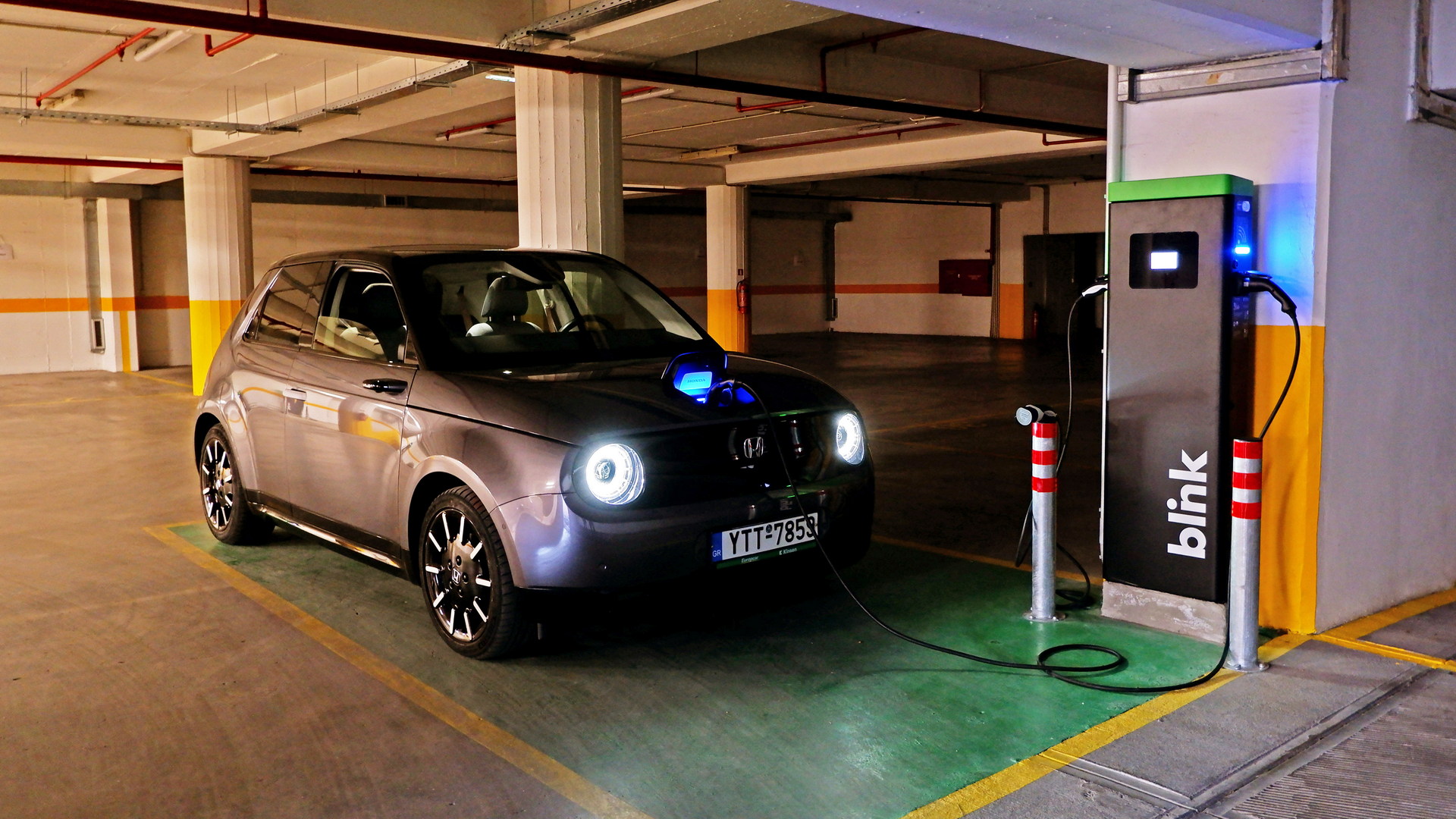 Conclusion With A Lot Of Food For Thought

I am aware that my experience would be totally different if I had done more diligent research beforehand, finding and confirming the available chargers through my phone. But that’s the thing; whereas with an ICE vehicle I’d just quickly search (even just drive around) for a gas station without even thinking about it, with an EV, you really, really need to do your homework.

It also doesn’t change the fact that there are literally tens of millions of apartment dwellers in Europe (and elsewhere) without dedicated parking spots or any charging infrastructure whatsoever in the buildings they live in. And that’s a huge disadvantage to begin with.

Of course, I could drive to one of the many available charging stations along the way, but then I would have to reschedule or cancel my appointments and wait for the car to charge. That’s far from ideal even with just a few thousand EVs in my city. Now imagine if EV sales accelerate in a crowded city of over 3 million inhabitants like Athens, the majority of whom live in apartments without even a single parking spot, let alone the ability to install a charging station in their building. Yeah, exactly.

Ultimately, my goal was to see if you could use an EV as a conventional car and the answer is yes, as long as you do your homework, plan ahead, and don’t rely on what you see online in terms of available chargers. But unless you live in a very new (think the past two-three years) and usually very expensive apartment building designed with the necessary infrastructure to install a charger, you pretty much have to forget about juicing up your EV at home.

One thing is for certain, that the private and public sectors in European countries must work together on a plan to create a whole lot more charging stations because when EVs will become mainstream it will be too late for action. In typical fashion, many governments, including my own in Greece, are heavily prioritizing and pushing electric vehicle sales over the necessary charging infrastructure, when it should be the other way around.

EV buyers know that but they mostly rely on home charging, which in turn limits the target group to the minority of people with garages or at least modern apartment buildings. Hopefully, it won’t take too long to build up a proper charging infrastructure so that, when EVs totally replace ICE models, buyers won’t have to worry about range anxiety even if they can’t charge their electric vehicles at home overnight. 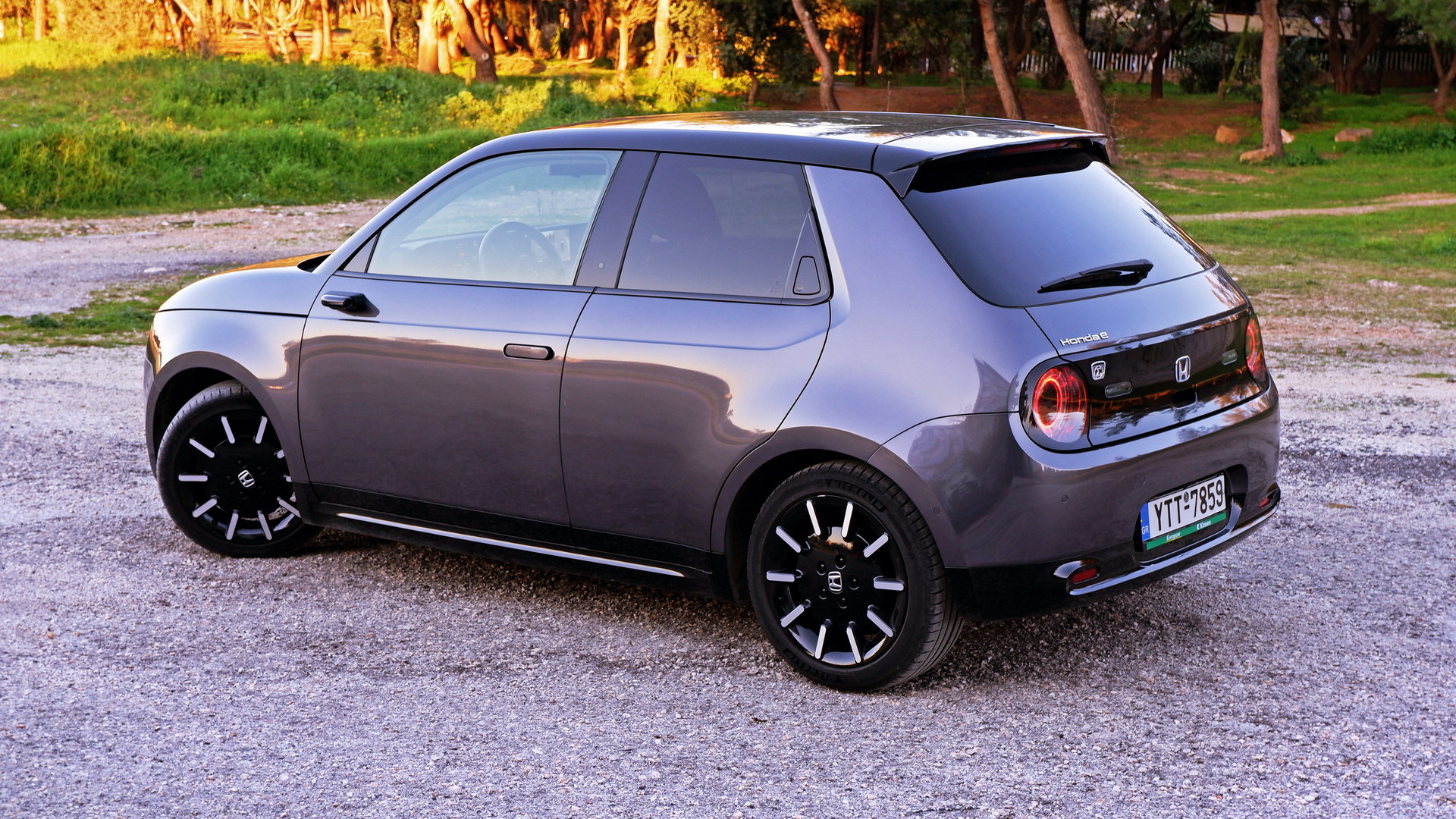