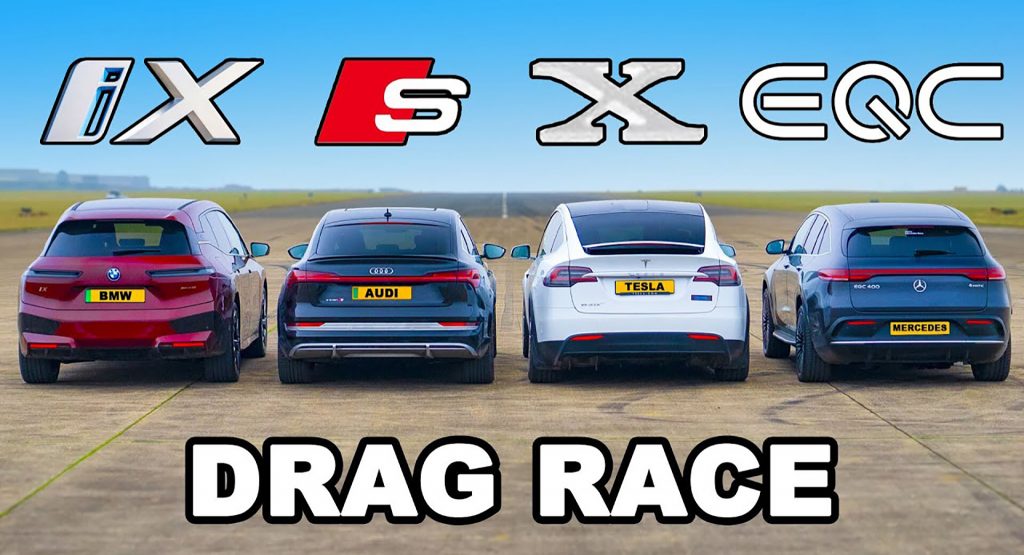 Electric luxury SUVs are hot right now, and one of their biggest selling points, as is the case with almost every other EV, is their acceleration. So of the major luxury electric SUVs, which is the fastest? Carwow attempts to find out as they compare the BMW iX, Tesla Model X, Audi e-tron S, and Mercedes-Benz EQC.

In terms of how the vehicles actually stack up to each other, the Tesla has the most power, the Audi has the most torque, the Mercedes is the lightest, and the Audi is the heaviest.

For the drag races, it was surprisingly the Audi that won the first one. The BMW won the second one as well as the third one by just a hair over the Audi. In the first roll race, the Audi was first to the quarter mile, while the BMW was first to the half mile and the full mile. For the second roll race, it was the BMW that clinched the quarter and half mile, but actually the Tesla that won the full mile. Needless to say, the Mercedes came last in every single race, but that would make sense since it’s the least powerful of the bunch.

The Tesla sat in the middle for most of the races, but it’s worth noting that in order to provide a fair comparison price-wise, Carwow didn’t use a Performance or Plaid Model X, both of which would have likely crushed all the other cars had they been available. To watch the comparison for yourself, you can check it out in the video below.