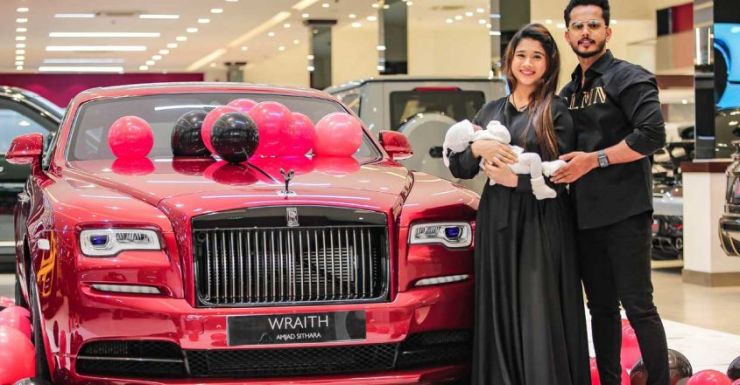 The name of the husband is Amjad, he owns a firm called BCC contracting. He gifted the luxury car to his wife on her birthday. The name of the wife is Marjaana and she works as Chief Operating Officer at her husband’s firm. Marjaana’s birthday happens on 2nd October and a few days ago, the couple was also blessed with a baby too.

So, Amjad decided to get a red Rolls Royce Wraith Black Badge for her wife. The exterior bits and pieces of the Rolls Royce are blacked-out which gives a very premium look. This is not the first luxury car that Amjad bought. He already owns Land Rover Range Rover, Mercedes-Benz G-Wagen, Toyota Land Cruiser and vehicles from Jeep, Bentley and Dodge. 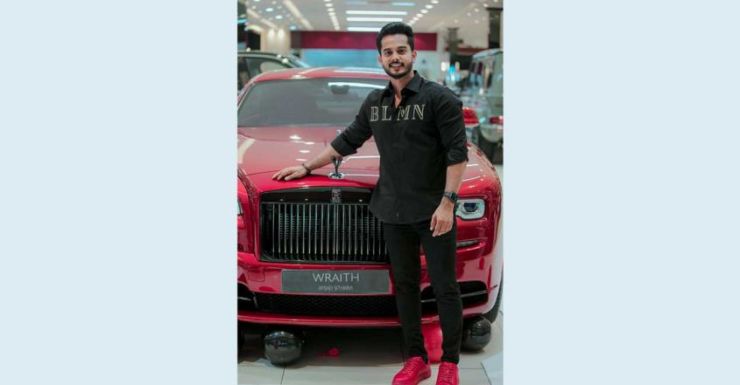 The Wraith also has that premium and elegant look that other Rolls Royce models have. It falls in the Rolls Royce lineup easily. It is a two-door coupe but has four seats. It still comes with suicide doors which makes getting in and getting out easier.

Up-front there are elegant but simple LED headlamps, Rolls Royce’s grille with vertical slats, two LED strips and a spirit of Ecstasy. The grille and the spirit of Ecstasy are now finished in black because it is a Black Badge vehicle.

It gets a 6.6-litre turbocharged V12 that produces 624 hp of max power and a massive 870 Nm of peak torque that comes in at just 1,700 rpm. The power is transferred to the rear wheels via an 8-speed torque converter automatic gearbox. The Wraith can hit 100 kmph in 4.5 seconds and has a top speed of 250 km per hour.

Being a Rolls Royce, you can also get a starlight headliner in which there are individual LEDs that mimic the look of a starry night in the cabin. There are umbrellas that are cleverly hidden in the doors. Moreover, you can get the Wraith in dual-tone paint shades with pin striping that separates both the paint shades.