Many young graduates are now looking for opportunities abroad and are migrating to countries like Canada in hope of a better standard of living. Most of the youngsters migrating to these countries often pick a course for higher studies and later start working in the same country and apply for residence visa. Many of these students who migrate from India end up taking trucking as a profession. Unlike India, truckers are paid pretty well in Canada and that is one of the reason why many people opt for it. Here we have one such video where vlogger explains the life of a trucker in Canada, and how much an average trucker can expect to earn.

Most of the truck companies pay drivers on the basis of miles that they have covered, On an average, a trucker is paid 55 cents per mile by the companies. For short hauls, the amount might differ. Per week, a person can make up to 170o Canadian Dollars by driving truck.  In rupee terms, a trucker can earn over Rs. 4 lakh per month in Canada, and over Rs. 50 lakh per year. The vlogger also mentions that if the a person is driving his or her own truck, then the amount per mile increases. Procedures for getting a truck driving license is different in different provinces.

The video has been uploaded by Gagan Kalra – Canada on his YouTube channel. In this video, vlogger speaks to a person who has been living in Canada for a long time and is a trucker by profession. In the video the Indian who is now trucker in Canada mentions that he had come to Canada back in 2012 for higher studies. After finishing his course, he started looking for opportunities and found trucking as an interesting profession.

Initially he used to do long hauls where he had to take cargo from Canada to different parts of the country or different parts of United States. He is an engineer by profession and said there are many well qualified and experienced people in this country. There are both long hauls and short hauls. Short hauls are like regular jobs where in the driver is delivering shipments in nearby areas only. Long hauls are actually a way of living where in the trucker will be on the road for most of the time and will be spending time within truck and less with the family. 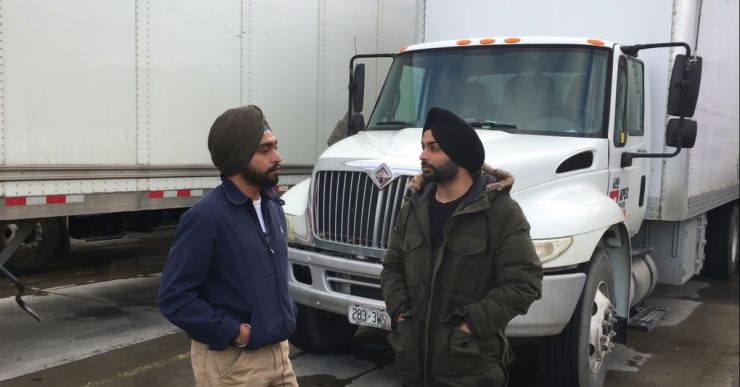 He then shows the interior of a truck which comes with a cab at the rear for the driver to take rest while on the road. There are provisions for refrigerator and other cabinets to keep personal belongings. The trucker then shows some on the controls inside the truck. The one he was sitting came with a 13 speed manual gearbox. The trucker mentions that in a week, a trucker can drive a maximum of 70 hours and before starting next weeks shift, he must take proper rest and report for duty. After talking about the trucks and the duty time, he also shows the log that every truck driver keeps in the truck to keep a track of the trips and the hours he has been working.

The post Indian engineer-turned-truck driver in Canada explains his life as a trucker [Video] first appeared on Cartoq.Cartoq Read More