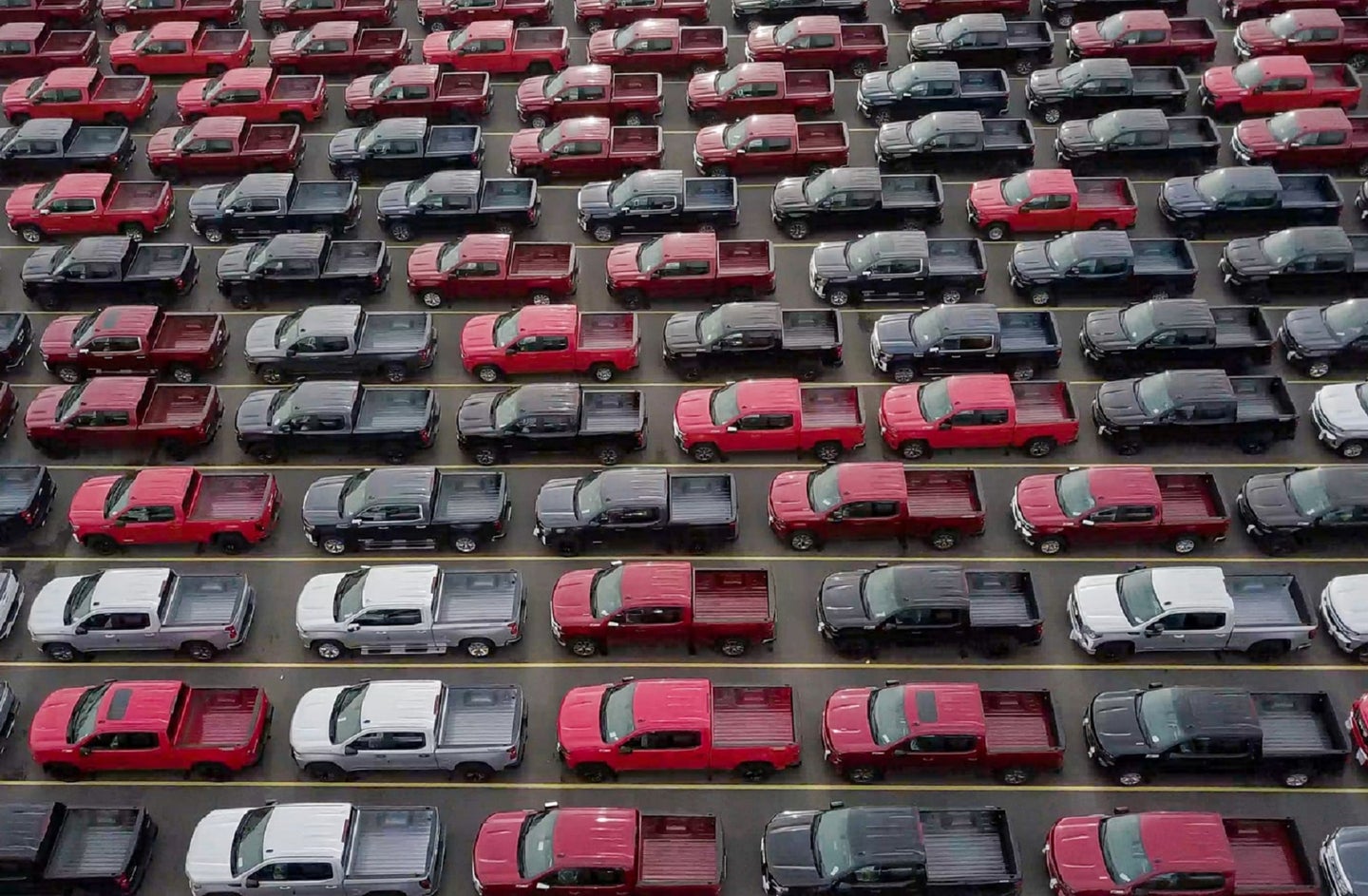 Many dealerships are charging an extra fee for new cars to make up for lost inventory and sales. Zach Vessels/Unsplash

This story was excerpted from Car Bibles.

There is no other way to say it: The car market sucks right now. Buyers are frustrated at the lack of inventory, and prices for new, pre-owned, and leased cars are at stratospheric levels. The pandemic, the chip shortage, supply chain disruptions, labor shortages and more have combined to make a kind of horrible Voltron of automotive price-gouging.

Despite this difficult situation, buyers are still trying to navigate this process—and there are some strategies you can use to do so successfully too. I’ve been running a car-buying service since 2012. My team and I handled over 500 car deals in 2021, ranging from affordable compacts to high-end exotics. We assisted clients all over the country in what was and continues to be an incredibly challenging market. Here is what I have learned over the past year that can help you get a competitive deal right now.

I’ve been running a car-buying service since 2012. My team and I handled over 500 car deals in 2021, ranging from affordable compacts to high-end exotics. We assisted clients all over the country in what was and continues to be an incredibly challenging market. Here is what I have learned over the past year that can help you get a competitive deal right now.

What are new cars so hard to find?

If you drive by your local car dealership, you may find it to be fairly empty compared to what you are used to seeing. There are exceptions to this, but for the most part, dealers just aren’t getting the typical volume of inventory they normally would.

One of the biggest reasons behind this remains the ongoing microchip shortage on the supplier side. Without getting into a deep dive on semi-conductor production—our sister site The Drive did that last summer—modern cars are filled with sophisticated sensors, electronic equipment, software and computers. Automakers still can’t get enough microchips to complete the production of their vehicles and many of these brands have had to either stop or reduce the production of their vehicles.

Dealers are getting fewer cars, so you don’t need to be an expert in supply and demand economics to figure out that fewer cars are going to mean higher transaction prices. Not a day goes by where we don’t see a story about some absurdly high markup on even an ordinary vehicle, or automakers themselves warning dealers not to take it too far.

How does this impact used cars?

Most American car buyers don’t plan their purchases very far in advance. When shoppers go looking for a target model that is brand new only to find that it isn’t available, they often pivot to something similar in the pre-owned market. With more buyers essentially forced into the used market, this is driving up prices. It isn’t uncommon to see pre-owned models with asking prices that are higher than the MSRP of the brand new car.

Yes, it’s that bad. Earlier this month, CNBC reported the average price of one- to three-year-old used cars is around $41,000, more than 50 percent higher than a year prior. And older used cars go for around $31,000 on average — more than $10,000 higher than the same vehicles before the pandemic started.

So, leasing must be a good idea, right?

You would think that this increase in used car values would have a positive impact on new car leases since the bulk of the payment calculation has to do with the difference between the sale price and the resale value of a certain car. Unfortunately, you would be wrong.

The reality of leasing in this current market is very different. The finance arms that underwrite leases aren’t using the current used car values in their calculations. The reason being is that this market isn’t likely to last for the next three years and if a bank makes a bet that a model is going to be worth 70 percent of its value down the road and it turns out that car only retained 50 percent of its value, that bank is in a bad spot when the lease comes back. However, if the bank bets on the car being worth 50 percent of its value, but the car is worth more than predicted, the lender is still in a good spot.

This combination of standard residual values coupled with a lack of discounts, minimal rebates, and rising money factors (interest rates) has come together to make most leases not palatable for the average consumer.

In many cases, when you look at the total lease cost over the term and compare that to purchasing/financing that car and selling it after three years, the cost is often cheaper on the buy-sell versus the lease. For example, when I was helping a customer with a $28,000 (about $31,500 with tax and fees) Hyundai Tuscon, the payments were a whopping $548 a month for a total lease cost of $19,728. If this customer bought the car at the $31,500 out-the-door price and sold it a few years later, it is highly unlikely they would be losing almost $20,000 in value.

In other words, the vast majority of folks shopping for new cars should probably focus on purchasing rather than leasing since the math doesn’t favor the lease. But run the numbers both ways and compare the total costs and payments. Often, you will find that the loan payments and lease payments are so close that you are better off buying it.

For folks who have a current lease that is ending soon, there may be opportunities to take advantage of some equity that you have in your leased car. This can be tricky as many automakers have put restrictions on what are called “third-party lease buyouts.” So in order to take advantage of that equity, the lessee would have to purchase their leased car from the bank that underwrites the lease and then turn around and re-sell or trade that car.

Read the rest of the guide over at Car Bibles.

The post It’s hard buying a car during the chip shortage. Here’s our best advice. appeared first on Popular Science.