Jeep is working on a 7-seater version of the Compass that will be called Meridian in the Indian market.  The SUV is very close to completing its testing because this time the Commander has been spotted in its production guise. Having said that it is still camouflaged but we can see the final design of the headlamps and tail lamps. 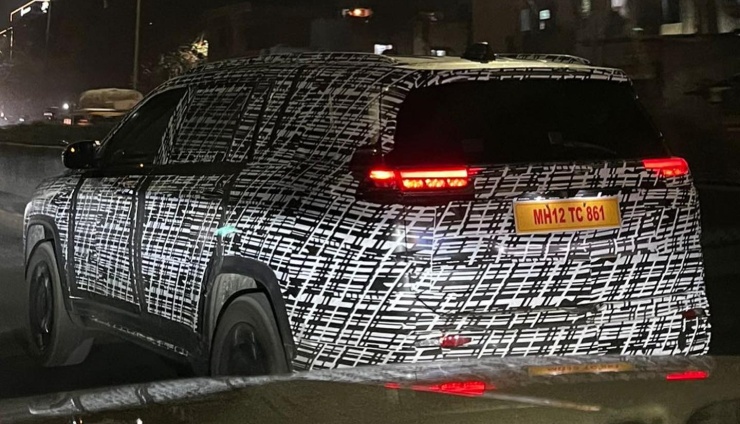 The 7-seater SUV has already been launched in the global market but there it is called Jeep Commander. Jeep is not using the Commander moniker because Mahindra used to sell the Commander SUV and Jeep does not want anyone to get confused between both the SUVs. Jeep has already had their fair share of issues with Mahindra with the Roxor and the Thar.

The front half of the SUV is very similar to the facelifted Compass. There are sleek headlamps and we can also see the LED Daytime Running Lamps and LED projector units. 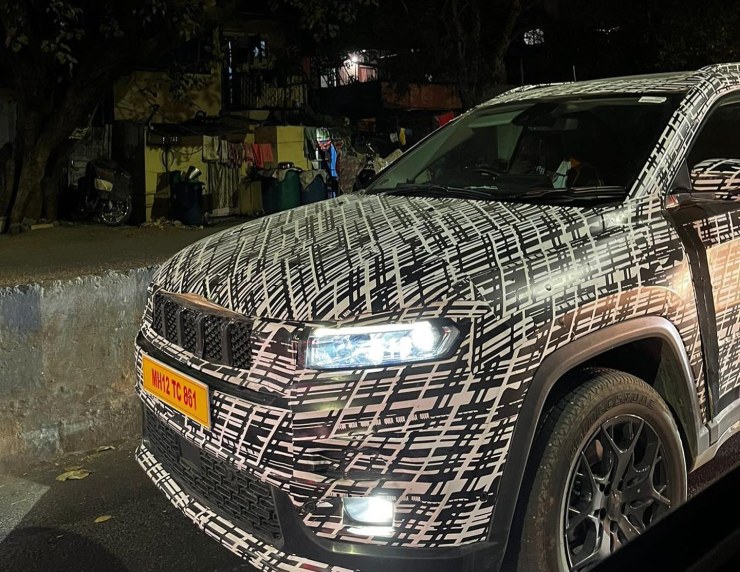 There is also Jeep’s 7-slat grille and LED fog lamps. The bonnet is still squared-off and there is a flat bonnet too. The wheel arches are also squared-off and the blacked-out alloy wheels are quite similar to the ones found on the Compass. There are also roof rails but we do not whether they will be functional or not.

The main differences start after the B-pillar where we see a larger door that will help in easier ingress and egress of third-row occupants. The rear tailgate is flat and gets slim LED tail  lamps. 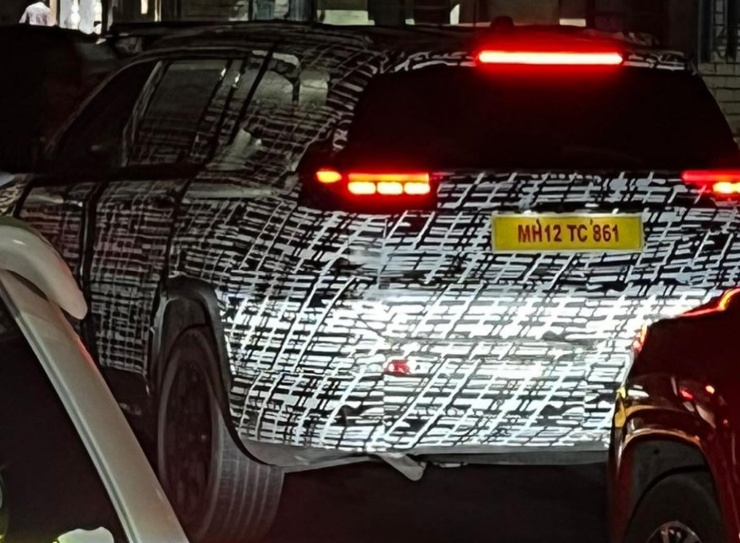 The interior will also be quite familiar to the Compass. But the materials could be a step up. So, Jeep could use a wood trim for the dashboard, leather upholstery with stitching etc. There will be a floating touchscreen system that will come with Android Auto and Apple CarPlay. We are expecting Jeep would also offer a digital instrument cluster, automatic climate control, connected car technology, multi-function steering wheel, cruise control, keyless entry, a push button to start/stop the engine and much more.

According to the rumours, Jeep Meridian will come with a 2.0-litre diesel engine that will be mated to a 48V mild-hybrid technology. The power output is expected to be 170 PS but the torque output could increase to 380 Nm from 350 Nm. The power will be transmitted to all the four wheels using a 9-speed automatic transmission.

This is the same 2.0-litre diesel engine that is being used on the Compass. Many other manufacturers are also using the same engine. It is sourced from Fiat. MG Motor uses it for the Hector and Hector Plus. Tata is using the same engine for the Harrier and Safari. Having said that every manufacturer has tuned it differently and we are expecting that Jeep would also tune it differently for the Meridian considering it is larger and heavier vehicle than the Compass.

In Brazil, Jeep is also offering a 1.3-litre turbocharged petrol engine that produces 185 PS of max power and 270 Nm of peak torque. It comes mated to a 6-speed torque converter automatic gearbox. As of now, we do not know whether this engine will make its way to India or not.