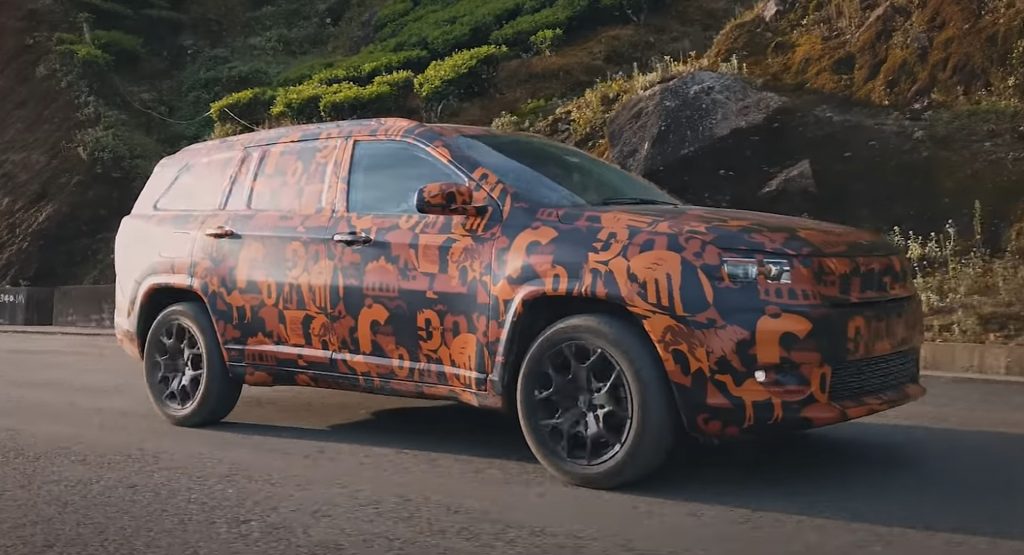 Jeep teased a new seven-seater SUV for the Indian market that will be unveiled soon under the Meridian name. The model is the Indian version of the South American Jeep Commander that was unveiled six months ago, based on a stretched version of the Compass platform.

The Indian-spec SUV was named after the Meridian 77 road that runs through the entire country. As part of the market-specific testing, the prototype drove all the way from Kashmir to Kanyakumari which, according to Google Maps, is a 3,250 km (2,020-mile) and 54-hour long trip. In the video we can see it driving on different types of terrain, exploring the Indian wilderness.

Τhe prototype on the video is camouflaged with a special wrap highlighting the beautiful and diverse scenery of India. However, we can clearly see that the body is identical to the Commander. Unlike the latter which was the first Jeep developed and produced in Brazil, the Meridian will be produced in India.

The Commander/Meridian is 158 mm (6.2 inches) longer than the Compass, measuring 4,769 mm (187.8 inches), with an extended wheelbase of 2,794 mm (110 inches). This allows for a three-row cabin with a cargo space of 233 lt (8.2 cubic feet) in 7-seat configuration and 661 lt (23.3 cubic feet) in 5-seat configuration. Despite the redesigned exterior with hints of the 2021 Grand Cherokee L at the back, the interior is identical to the Compass with a 10.25-inch digital instrument cluster and a 10.1-inch infotainment screen. We also expect the Meridian to offer seven airbags and plenty of ADAS, just like its South American twin. 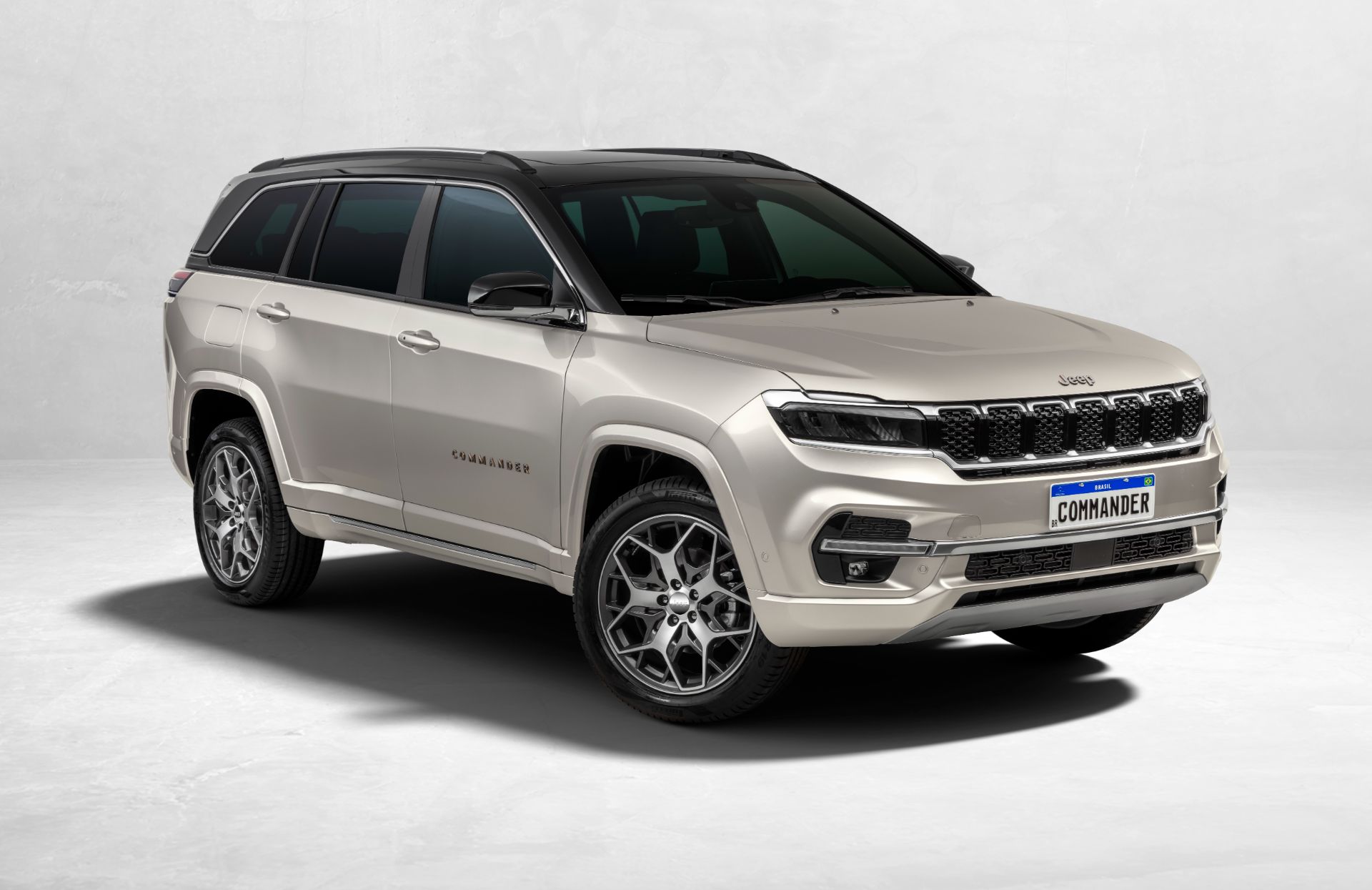 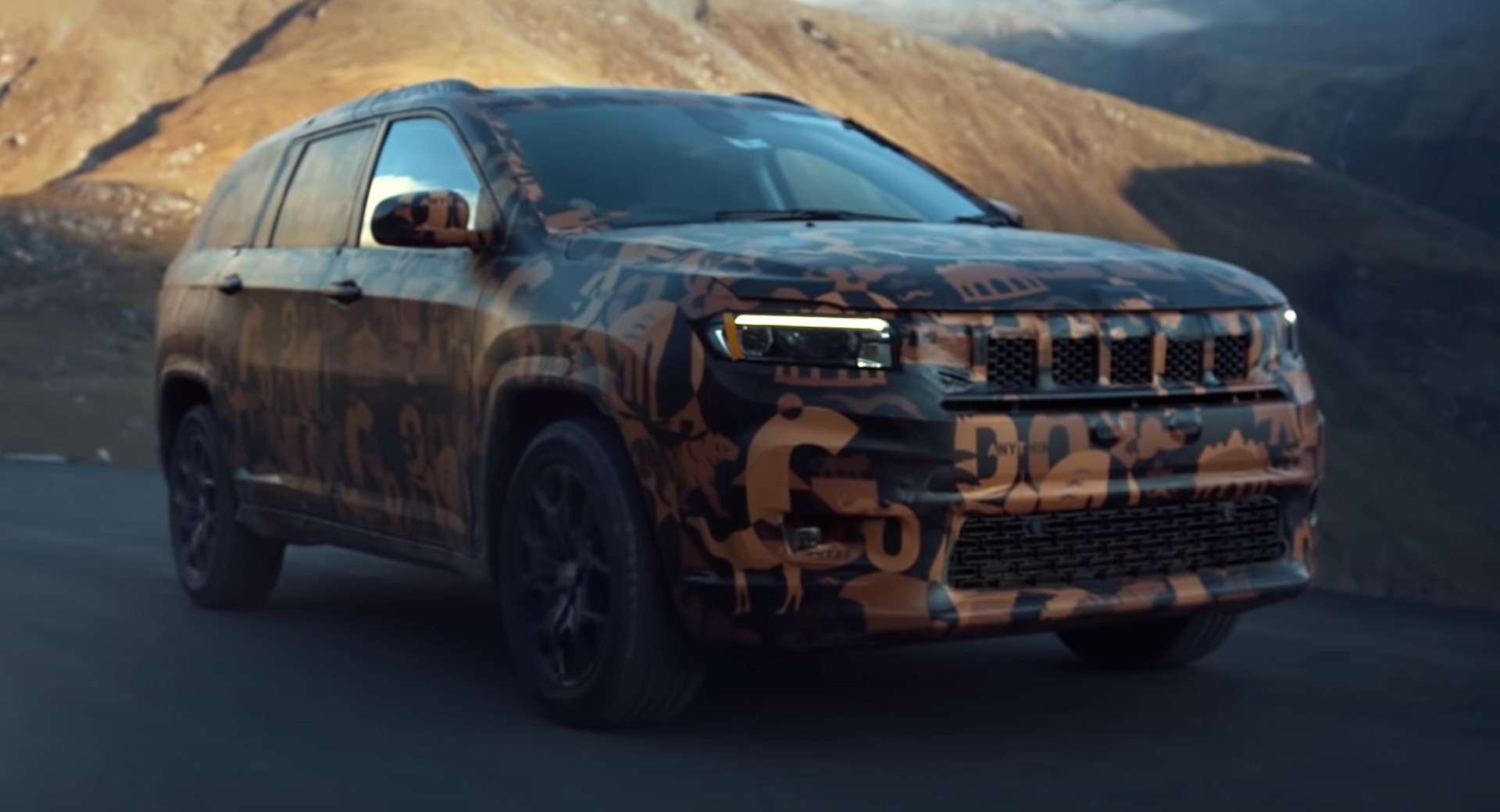 In terms of engine options, the Brazil-spec Commander is offered with a turbocharged 1.3-liter bi-fuel and a 2.0-liter turbodiesel. Local media suggest that the Meridian will be offered with the 2.0-liter turbodiesel, but with a different tune resulting in a power output of around 200 hp, instead of the 170 hp of the South American version. Power will be sent to all four wheels through a nine-speed automatic gearbox.

The Jeep Meridian is expected to be fully unveiled in the coming weeks or months. Autocar India suggests a mid-2022 market launch, with rivals including the likes of the Skoda Kodiaq and the body-on-frame Toyota Fortuner. There have also been reports about a possible export to markets outside India and South America, but those are still unconfirmed.

Introducing the New Jeep Meridian – the latest addition to our family of legends. Witness its epic journey from Kashmir to Kanyakumari that led to its name & find out the inspiration behind our camouflage design here: https://t.co/vDKy1KEZwg#JeepIndia #JeepMeridian pic.twitter.com/IOHlGcvD0b