The Japanese moniker of Kawasaki Motorcycles is celebrating the 50th Anniversary of its iconic Z-lineup this year and to commemorate this historic milestone the company has launched the Z650RS 50th-anniversary edition in the country. The company has announced that only 20 units of this Anniversary Edition of the Z650 RS will be brought to India and it will retail at a price of Rs 6,79,000 (ex-showroom Delhi). 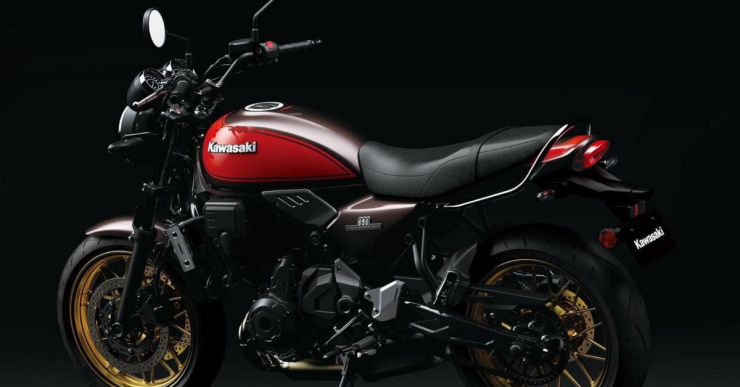 Bookings for the extremely exclusive Z650 RS Anniversary Edition have already commenced and interested customers can reserve one for themselves by visiting Kawasaki India’s website. While according to the company, the deliveries of the model will begin from March 2022 onwards.

The iconic anniversary iteration of the model will be offered in the Candy Diamond Brown colour which imitates the “Fireball” colourway of the original Z1 that made its debut in 1972. In addition, the bike will feature a gloss black frame along with ‘Z 50th’ logo on the tank. The bike also gets a set of golden-coloured alloy wheels, a different seat with a textured leather cover and a chrome grab rail for the pillion.

Apart from these cosmetic changes much of the bike remains the same as the standard Z650 RS which came powered with a 649cc parallel-twin engine making 68 PS and 64 Nm of torque and mated with a 6-speed transmission. Things like the steel trellis frame, semi-digital instrument cluster, LED lighting, and ABS remain unchanged in the newest edition of this bike.

The retro-style middleweight motorbike in the standard form comes equipped with 17-inch spoke-style cast alloy wheels with dual 300 mm front disc brakes and 220 mm rear discs wrapped with some big 120/70-section tyres upfront and 160/60-section in the back. The bike also features a horizontal backlink rear suspension for a better balance of sporty performance and ride comfort.

As for the pricing, the earlier mentioned price of Rs 6,79,000 (ex-showroom Delhi) of the Z650 RS Anniversary Edition includes a premium of Rs 7,000 over the standard bike.