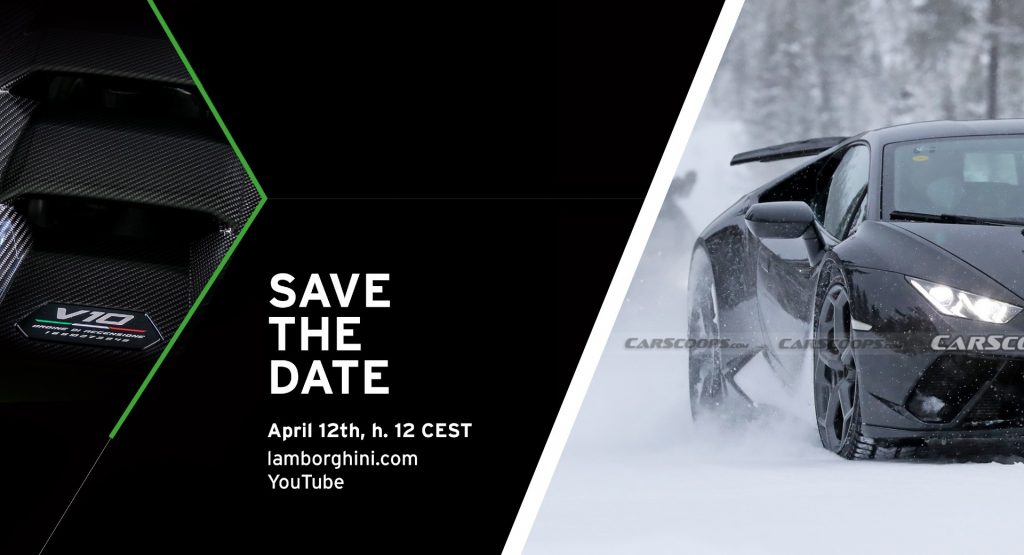 Lamborghini announced a new premiere for April 12, hinting at the upcoming Huracan Tecnica, a new version of the baby Lambo that’s expected to be positioned as a tamer variant of the flagship STO.

The Lamborghini Huracan Tecnica – previously rumored to be called the JV Stradale – has been spied testing in the Arctic Cycle alongside the off-road-style Huracan Sterrato. The cryptic teaser is showing the V10 badge on a carbon-fiber engine cover proving we talking about one of the two already-confirmed Huracan-based models that are coming in 2022 and not one of the two Urus-related debuts.

See Also: Lamborghini Huracan Tecnica Will Be A More Subtle Version Of The Unhinged STO 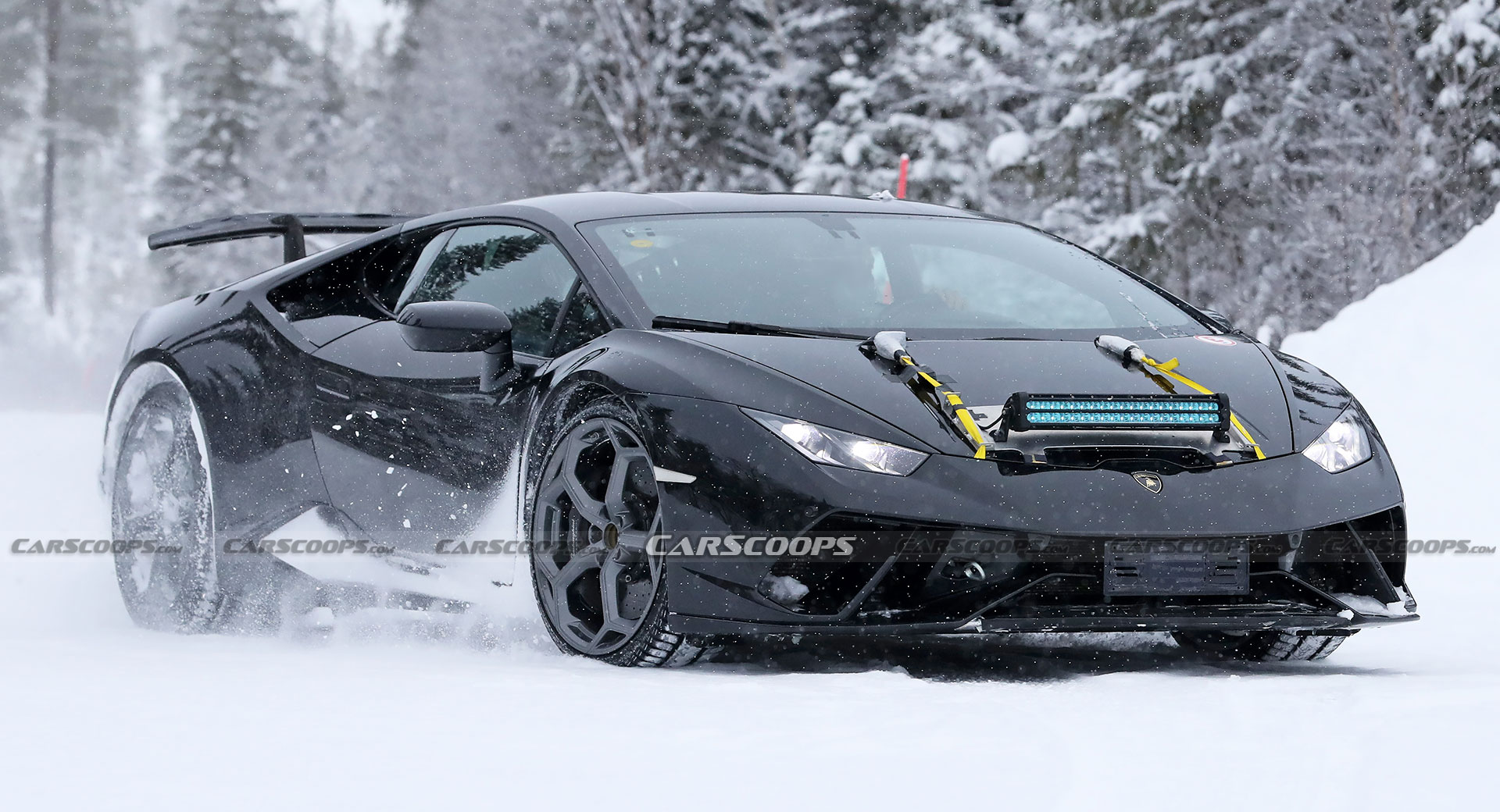 The Tecnica will be a hardcore version of the Huracan, sharing many components with the bonkers STO minus the extreme aero components. It is expected to come with a different bodykit, including an aggressive front bumper, a rear wing similar to the one used by the now-discontinued Performante, a large diffuser, a custom engine cover, and a new set of wheels further distinguishing it from the base-spec EVO.

Under the skin, the Huracan Tecnica will be very similar to the STO. This means it will be fitted with the same 5.2-liter naturally-aspirated V10 producing 631 hp (640 PS) and 565 Nm (417 lb-ft) of torque sending power to the rear wheels. The model might not be as track-focused as the STO but it will most likely retain the carbon-ceramic brakes while it could get a slightly different suspension tune.

The Lamborghini Huracan Tecnica could be a limited production offering and one of the swan songs of the Huracan range before the plug-in hybrid successor arrives in 2024. The Tecnica should be cheaper than the STO which started at $327,838 (pre-tax) in the United States when it was unveiled back in 2020.

The first official showing of the newest Lamborghini is set for April 12th, 2022, at 12 pm CEST.
See you on https://t.co/vYFlwonACg and our YouTube channel. #Lamborghini pic.twitter.com/ohUEdXMsne