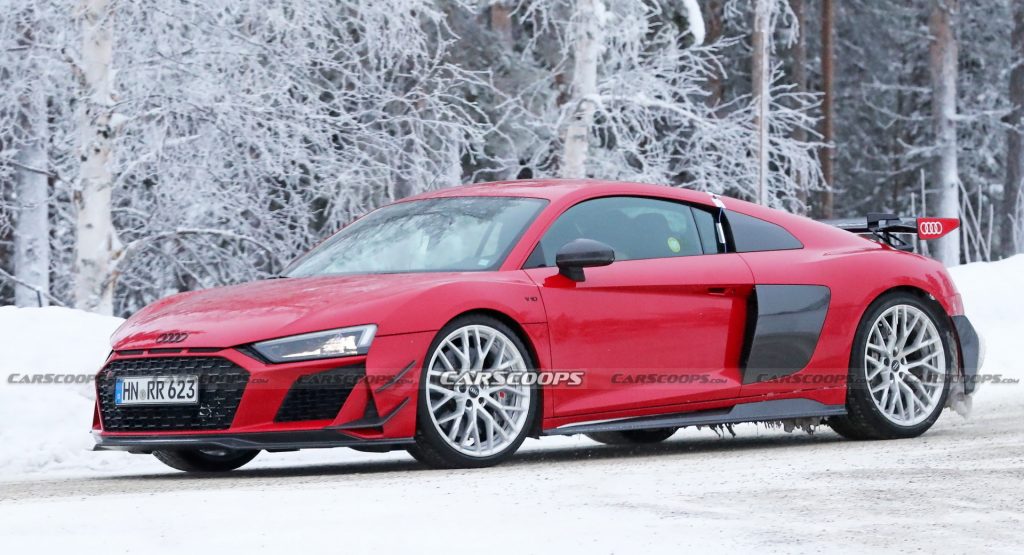 Late last year, we reported that Audi would be producing a new, high-performance variant of the Audi R8 as a loving farewell to the V10 legend. Now, we may have pictures of the car testing.

Seen here, testing a collection of high-performance aero parts—including a rear wing, an aggressive rear diffusor, splitter, and more—it’s clear that the car testing here will be exciting.

Reports of the last hurrah version of the Audi R8 initially came from Audi Sport’s managing director Sebastian Grams, who told Top Gear that the company “plans to do more” adding that “there will definitely be more to come on this generation R8 platform.”

Read Also: Audi R8 To Get One Last Special Edition As A Farewell to The V10 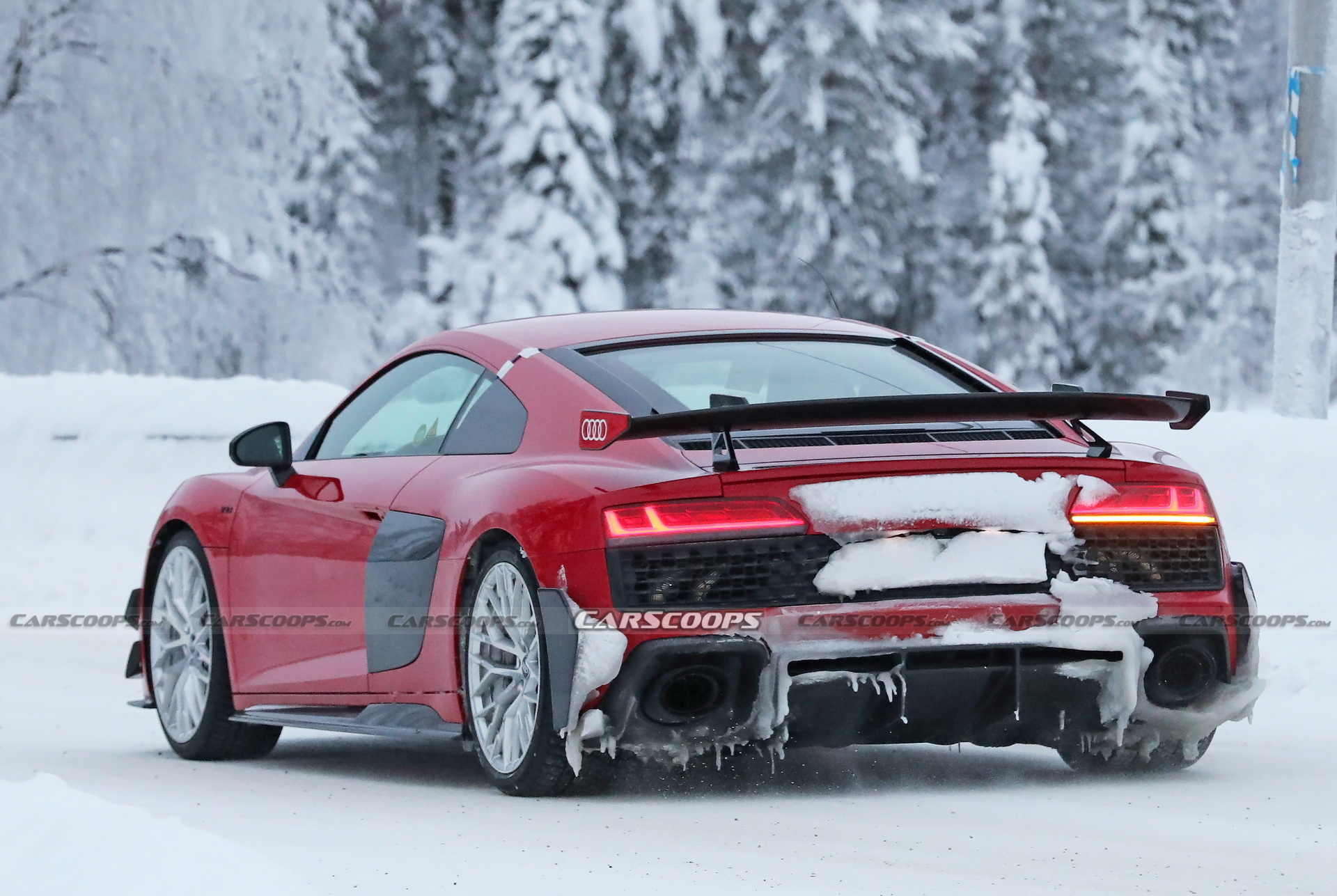 That’s good news for fans of the car because it’s set to change pretty significantly in its next generation. Audi has previously said that the “next challenge” will be to “transform the R segment and the R segment is going to be fully electric. This is our job for the next decade.”

Things, then, don’t look so good for the future of Audi’s (and Lamborghini’s) beloved naturally aspirated V10. For now, though, Audi Sport is focused on fun. “As you can see from the R8 with rear-wheel-drive we are trying to bring ‘fun-to-drive’ to the front,” said Grams. 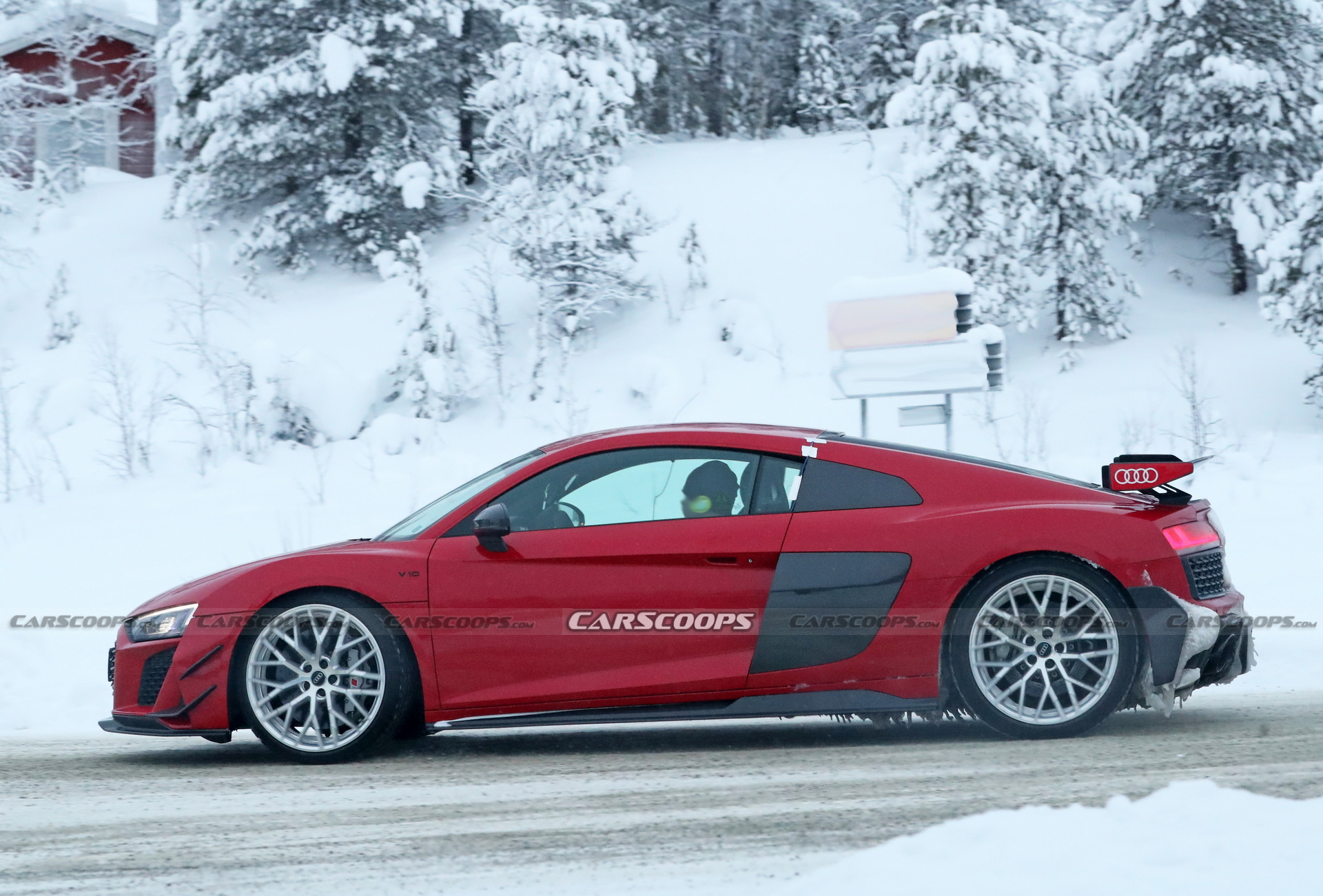 The R8 first came into existence in 2006 and received a facelift six years later, in 2012. The second-generation car (the one that is now on the road) took over from it in 2015 and was updated in 2018, making it pretty long in the tooth now.

Reports suggest that the final edition of Audi’s mid-engine supercar will arrive in the fall of 2022 and will remain on sale until the engine is discontinued in 2023 and the car is replaced.