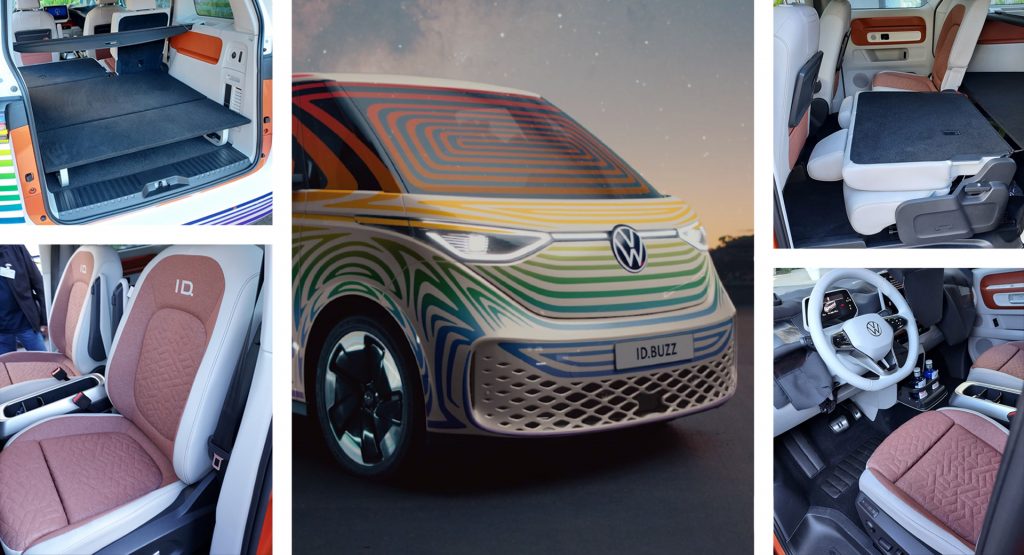 Volkswagen’s ID.BUZZ electric minibus has the potential to be one of the most unique vehicles on the market when it eventually launches on March 9, and the good news is that it will be coming to America. However, if a new set of leaked interior photos is anything to go off of, for better or worse, it could turn out to be more conventional than we thought.

The images come from the VW ID Talk Forum, where a member was able to get up close and personal with one of the many test vehicles floating around. Starting with the front row, the instrument cluster, infotainment system, and play/pause (that is, throttle and brake) pedals appear to come straight out of VW’s other ID models. 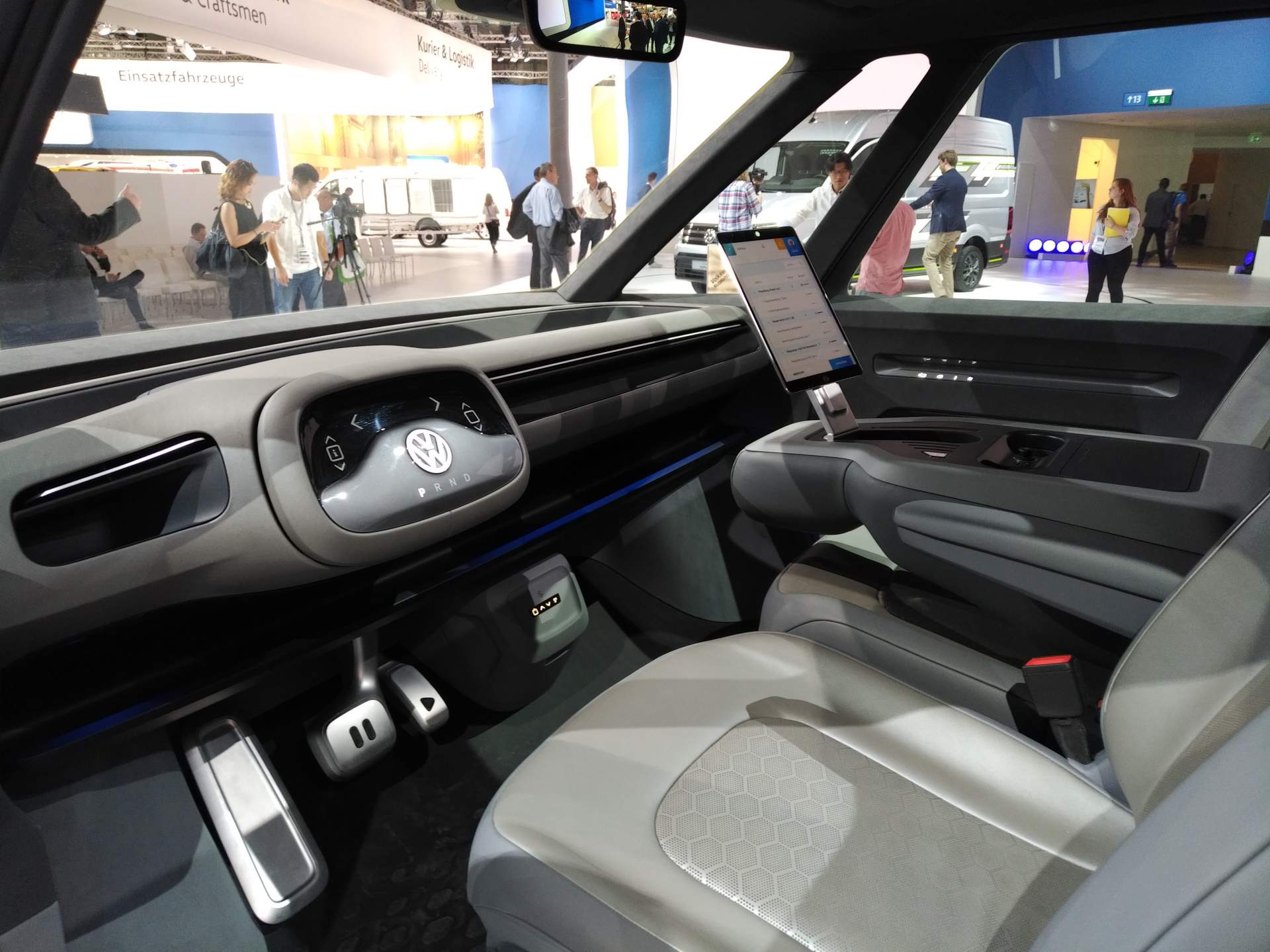 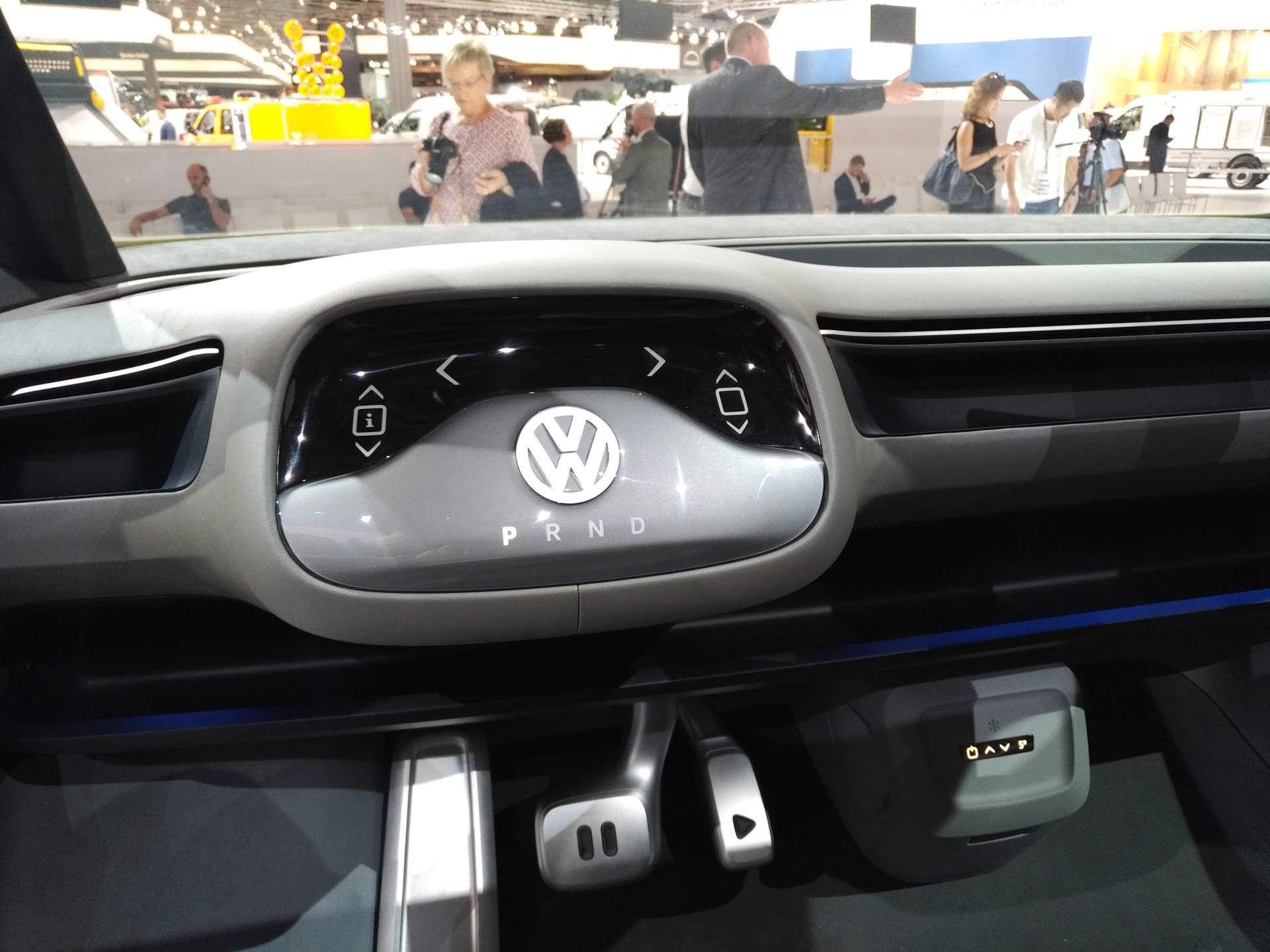 The white seats feature orange centers with a tessellated pattern, which coordinate with the orange door card inserts. That all goes together with the exterior color scheme of white and orange (which can be seen peeking through the camo) that is supposed to hearken back to the original two-tone VW buses.

Moving to the middle row, it’s a fairly standard bench layout with the same orange and white seats and door cards as the front. There are a few unique touches, like the diamond-plate door sill steps and little VW bus outlines on the sides of the seats (spotted by Jalopnik). As for the seats, they do fold into the floor, but not completely, likely because that’s where the battery is located.

See Also: 2024 VW ID. Buzz: Iconic Design, Tech And Everything Else We Know About The EV Microbus Resurrection

That brings us to the cargo area, which features a large platform to make a flat load floor with the folded second row. Based on the fact that there are more orange trim pieces, that also seems to suggest there could be a third row of seats in other configurations, but nothing is known for sure.

Overall, the interior looks to strike just the right balance between normal and quirky, but it’s unfortunately devoid of the configurable sliding seats seen in the concept. However, it was mentioned in the comments of the forum that the feature could still come on a potential long-wheelbase version of the vehicle.