Apart from his unbelievable skills with the soccer ball on the field, the ace footballer Cristiano Ronaldo is also known for his incredible car collection, which is nothing short of an enviable dream by car enthusiasts. Ronaldo already has a slew of premium and exclusive cars in his garage, and the latest name to join that list is the all-new Cadillac Escalade.

On his 37th birthday, Cristiano Ronaldo was presented a black-coloured Cadillac Escalade by his partner and leading fashion model Georgina Rodriguez. In a video shared by Georgina on her Instagram handle, Ronaldo is seen being amazed by the surprise gift her partner gave him on his birthday eve.

It is interesting to note that the Cadillac Escalade is not available officially across Europe. It indicates that the Escalade presented to Ronaldo is a private import from the United States of America, where the SUV is priced at $100,000 (approximately Rs 75 lakh). However, the cost of the SUV must have been higher for Georgina, given that the SUV might have attracted the import duties and other taxes. 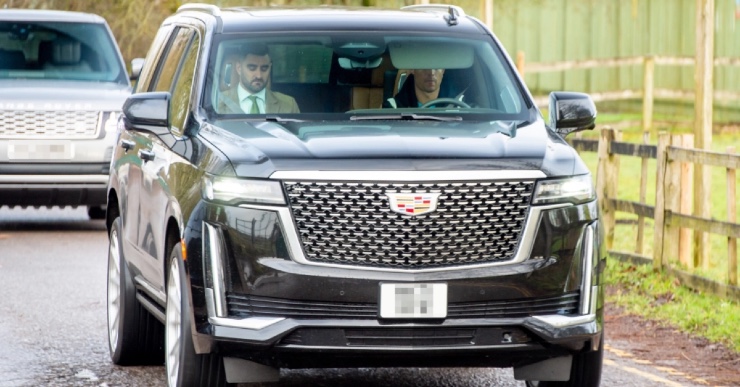 Manufactured by General Motors, the Cadillac Escalade is currently in its fifth generation and is known for its massive and premium road presence, thus making it one of the most desirable full-sized SUVs in the world. Measuring 5.5 metres in length, the Escalade is a three-row, eight-seater full-sized SUV primarily sold in North America.

Powering the Cadillac Escalade is a massive 6.2-litre supercharged V8 petrol engine, which happens to be the biggest engine used in a modern luxury SUV. Available with a four-wheel drive and 10-speed automatic gearbox, this engine propels the SUV from 0 to 100 km/h in 5.9 seconds.