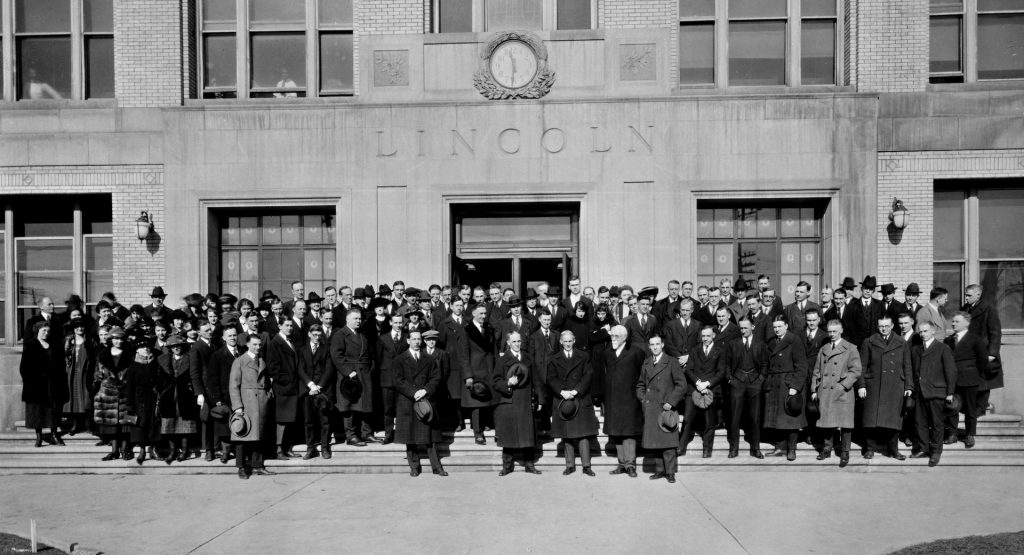 On February 4, 1922, Henry Ford signed a deal to purchase the Lincoln Motor Company at the recommendation of his wife Clara and his son Edsel. Now, 100 years later, the company is on the verge of another sea change.

The company was founded in 1917 by Henry Leland and his son Wilfred. Henry was one of the founders of Cadillac but left the company over a dispute about wartime production and founded Lincoln in order to produce Liberty V12 aircraft engines. He named the company after Abraham Lincoln, the first president for whom he voted in 1864.

After the war, the company made the switch to automobiles but it proved a challenging one and by 1922, it was on the verge of bankruptcy. Ford decided to step in and buy it for $8 million, the equivalent of nearly $133 million today.

Shortly after the acquisition of the company, it was handed to Edsel Ford, who ran the company until his passing in 1943 and famously summed up his ambitions for Lincoln thusly: “Father made the most popular cars in the world; I want to make the best.”

Prioritizing design and styling over ease of production, the company’s position today as Ford’s luxury brand has been an important part of its identity from very early on. Today, the brand continues to produce luxurious vehicles and has turned towards electrification, promising it will have a full portfolio of connected and electrified vehicles globally by 2030.

Lincoln is kicking off a yearlong series of global events that will connect its past to the present and to an exciting future to come. Dealers are also working to honor the brand’s 100th anniversary under Ford by hosting events for customers and communities.