The Mahindra XUV700 has become immensely popular as a three-row SUV and has repositioned Mahindra as a preferable brand for an urban audience. With premium styling in and out, luxurious and feature-packed interior and refined petrol and diesel engine options, it is preferred by urban drivers who want to have a well-priced premium SUV. However, an artist has conceptualized Mahindra XUV700 as a rugged SUV in a digital rendering. 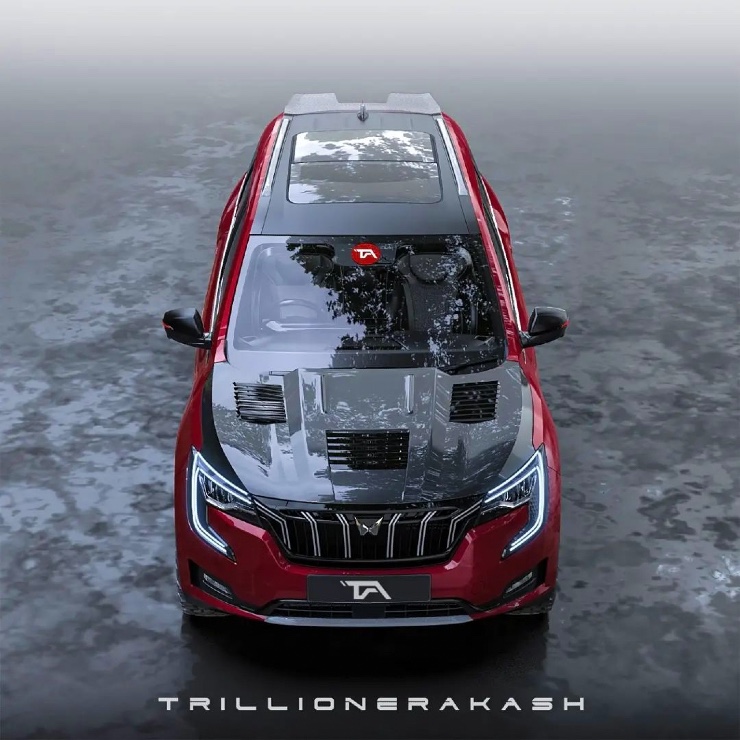 We are talking about a visual concept of Mahindra XUV700 made by an Instagrammer named ‘trillionerakash’. The Instagram user seems to be a digital renderer, who has come up with a cool concept of what the Mahindra XUV700 will look like in a rugged avatar. Named ‘XUV700 Bison Edition’, this visual concept features design tweaks that give it a more purposeful stance of a go-anywhere SUV. The Mahindra XUV700 Bison Edition, as what the concept has been named, is painted in a paint job of red. The front bumper, front fenders, door panels, boot lid and rear bumper are painted in this theme of red. The XUV700 here comes with a custom-made hood at the front, which has a raised hump in the middle. There are three sections of horizontal scoops placed on the hood.

On moving towards the side, the highlight which makes the XUV700 Bison Edition butch and masculine are the chunky off-road spec tyres and bigger black alloy wheels. The new wheels and tyres give the XUV700 a rugged stance comparable to proper off-road-oriented SUVs. Other changes to the side profile are blacked-out rearview mirrors and a custom sidestep. The only change at the rear profile of the XUV700 Bison Edition is the welcoming addition of a glass spoiler, which is positioned above the factory-fitted roof spoiler of the SUV. 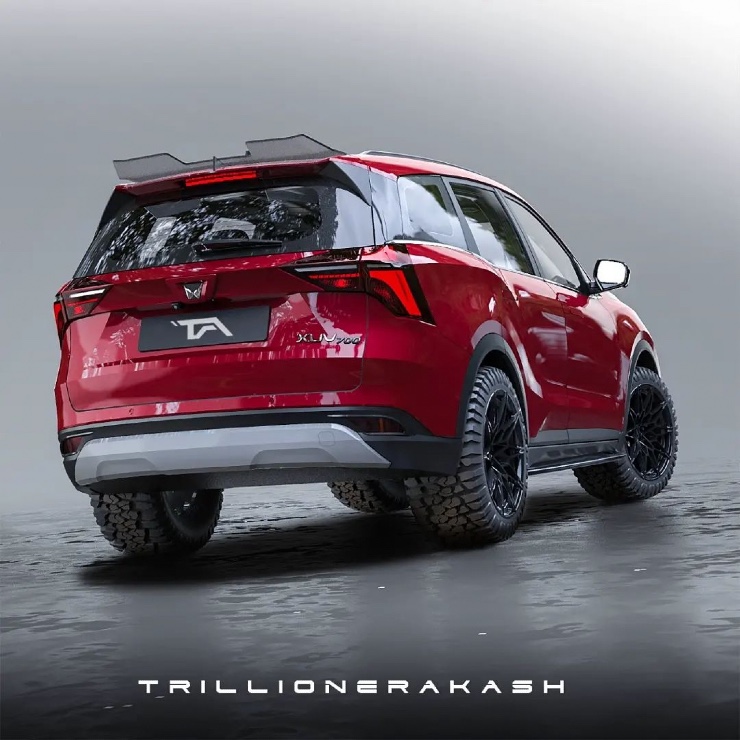 All these cosmetic changes make the Mahindra XUV700 much more appealing than it already is. However, this is just a digital rendering, which can be brought to reality if one wishes to do so. Mahindra has not brought any such mod-jobs officially, as the XUV700 is already in extremely high demand with long waiting periods.

Available in both five and seven-seating configurations, the Mahindra XUV700 is offered with two engine options. One can choose between a 2.0-litre turbo-petrol engine, which produces 200 PS of power and 380 Nm of torque, and a 2.2-litre diesel engine, which pumps out 185 PS of maximum power and 450 Nm of maximum torque (420 Nm with manual gearbox). The XUV700 is on sale with both the options of 6-speed manual and 6-speed automatic gearbox for both engines.

The post Mahindra XUV700 with off-road kit; Would you buy it? first appeared on Cartoq.Cartoq Read More