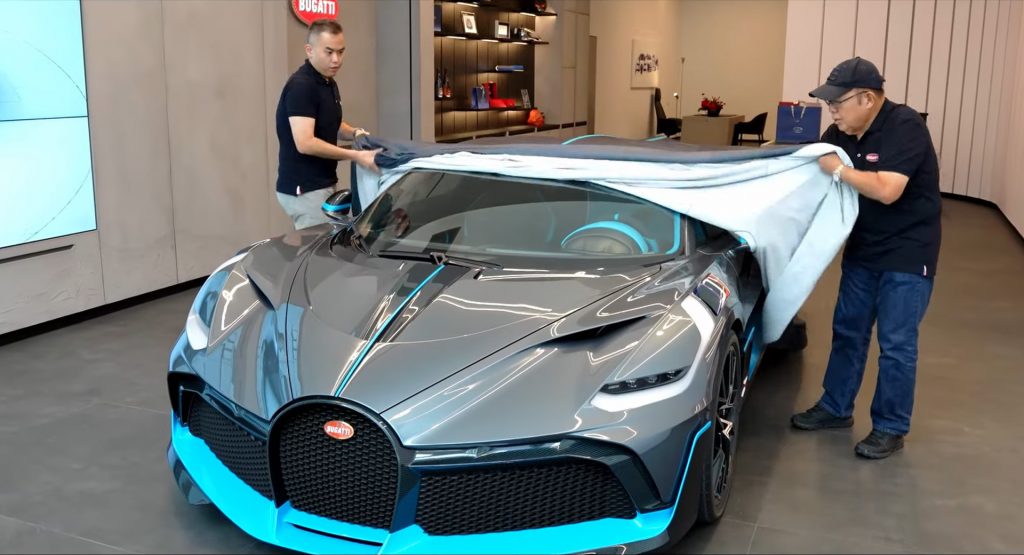 Chin’s passion for automobiles started with his father, who was never able to buy a new car, opting for second-hand models instead. He found success in business when he founded Silverlake Innovation Partners in 1996, an IT company for major banks across Malaysia. Now, Chin’s collection spans between 60 and 100 vehicles at any time, buying and selling as his interests change.

His current fixation is on hypercars, specifically from Bugatti. His first Bugatti was a $2.6 million Chiron, which he ordered in 2016 after a spirited test drive with his son. Next, a Divo, one of just 40 made and valued at $5.7 million. It is reportedly the only one in Southeast Asia and is the current crown jewel of the collection, but will take second place in 2024 when a track-only Bugatti Bolide is set to arrive.

Currently, the Divo is displayed at the Bugatti showroom in Singapore, but Chin plans to move it to Malaysia soon where left-hand drive cars can be legally registered. He likely wouldn’t street drive them anyway, though, as he prefers to commute to work in his Malaysian-built Proton X50 or X70 to avoid attention.

Between 30 and 40 of Chin’s vehicles are displayed at his private JPM Museum in his hometown of Kuala Lumpur. Ten to 15 of the vehicles in the museum are inspired by film and television franchises, including James Bond, The Godfather, and Magnum P.I.

When the producers of “Crazy Rich Asians” planned to film in Singapore and Malaysia, they reached out to Chin to see if he would rent out a few of his cars. He obliged, and his Ferrari F430 and Ford GT 40 are visible in the airport hangar scene.

Finally, Chin prefers to leave his vehicles stock and in pristine condition, explaining that they are investments that will only increase in value.