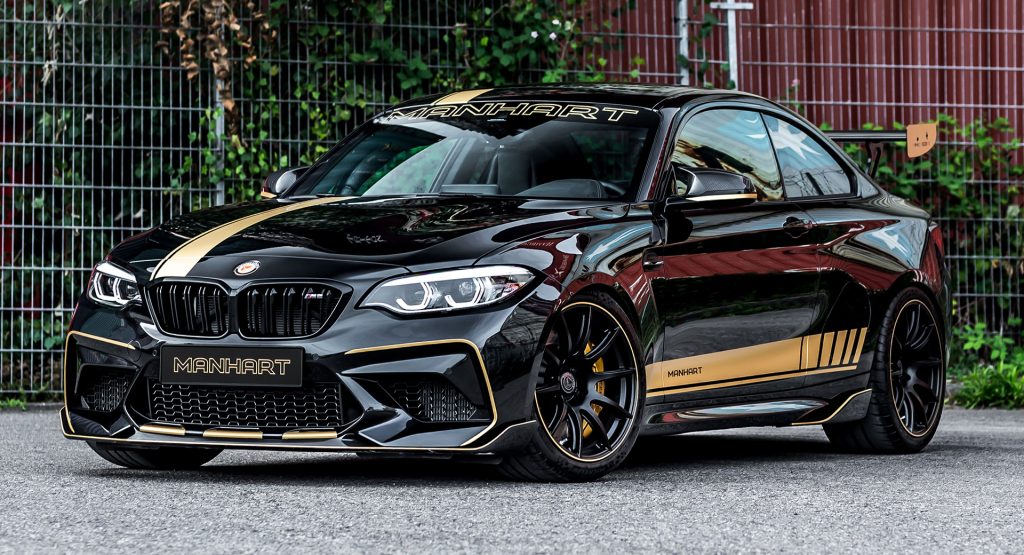 Regardless of how good the all-new BMW M2 is, the original model will remain a sports car icon for decades to come and the tuning experts over at Manhart have just completed work on a particularly striking example, dubbed the MH2 630.

Read Also: Manhart’s BMW M2 Competition Tune Is As Badass As It Looks

The tuner started out by fitting upgraded turbochargers and a new intercooler. The sports car has also been fitted with a stainless steel exhaust with valve control and complete with four 90 mm carbon-fiber tailpipes. New downpipes and an aftermarket link pipe with 300-cell catalytic converters were also installed. All up, Manhart’s MH2 630 delivers 630 hp and 553 lb-ft (750 Nm) of torque. 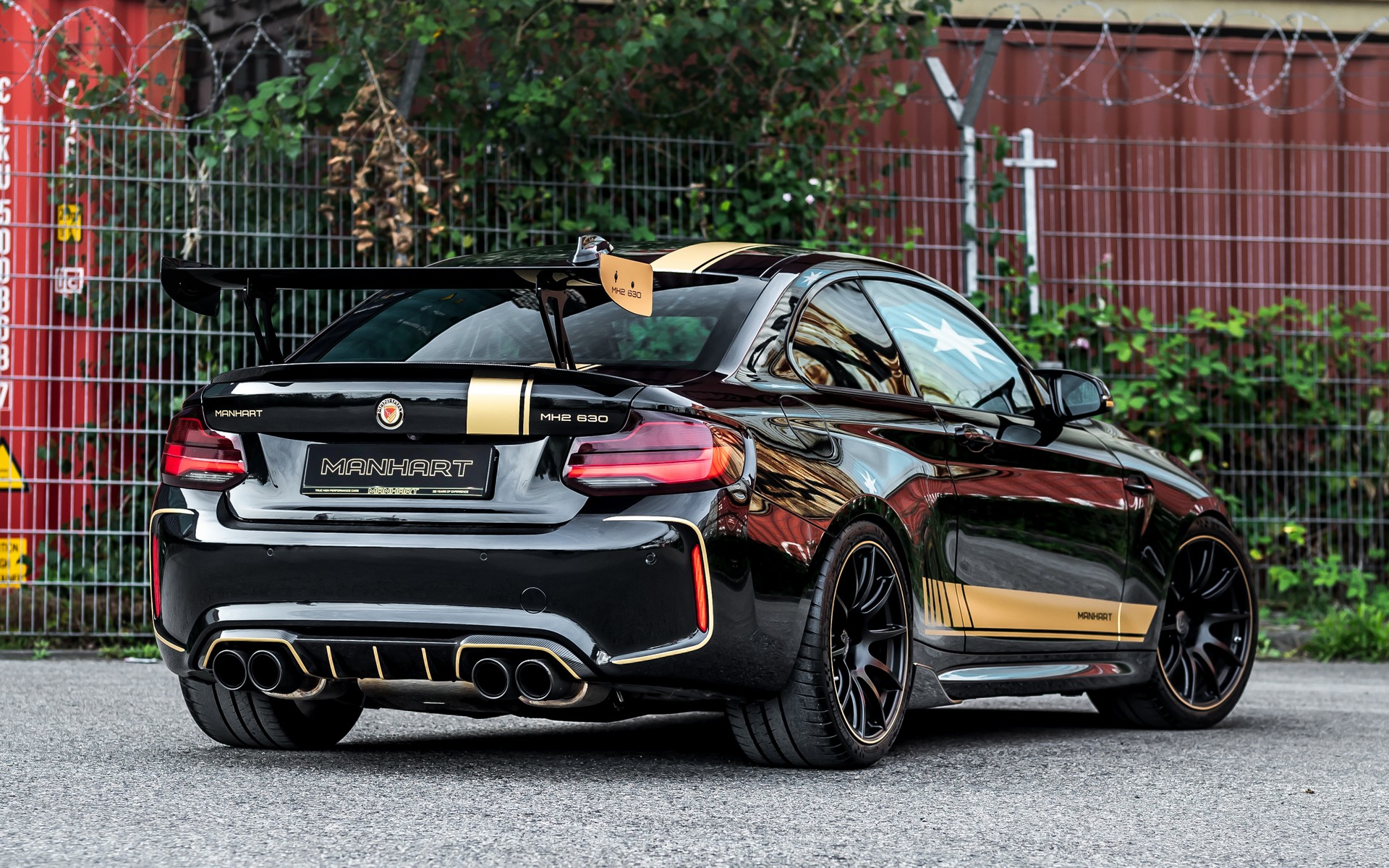 While the tuner hasn’t released acceleration figures for the car, it will almost certainly be able to hit 62 mph (100 km/h) in the 3-second range whereas a normal M2 Competition needs 4.4 seconds with the six-speed manual and 4.2 seconds with the seven-speed dual-clutch.

Complementing the engine upgrades are the same front brakes as the M4 GT4 racing car, complete with six-piston calipers and 380 mm (14.9-inch) discs while the rear brakes have gone unchanged. Elsewhere, the German sports car has been equipped with 3-way adjustable KW Clubsport coilovers at all four corners. 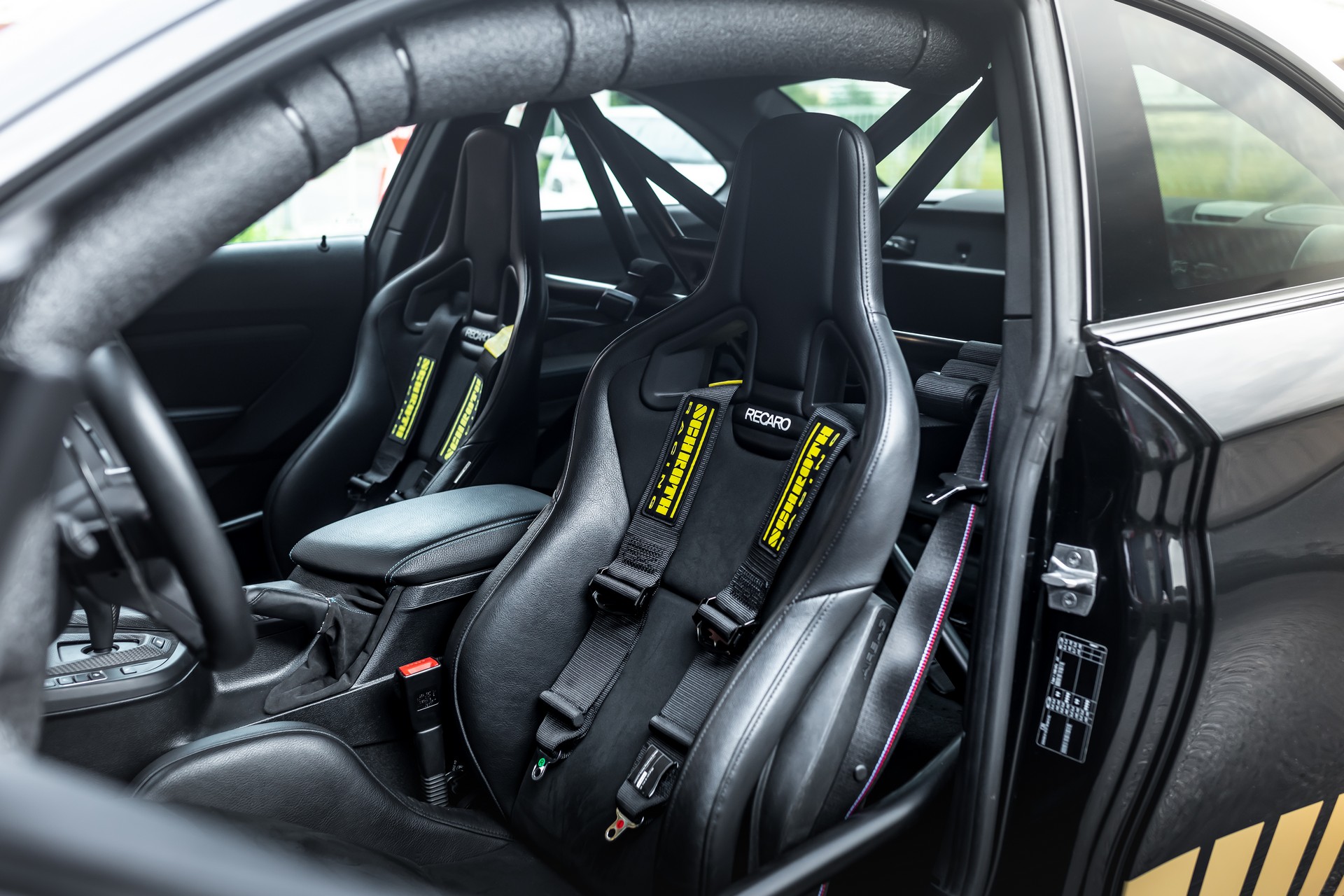 A handful of visual changes have also been made. For example, there are a set of 19-inch wheels wrapped in 265/35 and 295/30 Michelin tires, a new front splitter, side skirt attachments, and a carbon fiber diffuser. The MH2 630 is also rocking an aluminum hood and the rear wing of an M235i Racing.

Manhart’s project is topped off by a stripped-out cabin with a roll cage in place of the rear seats, Schroth Motorsport harnesses, Recaro Sportster CS seats, and carbon fiber on the shift paddles and center console.