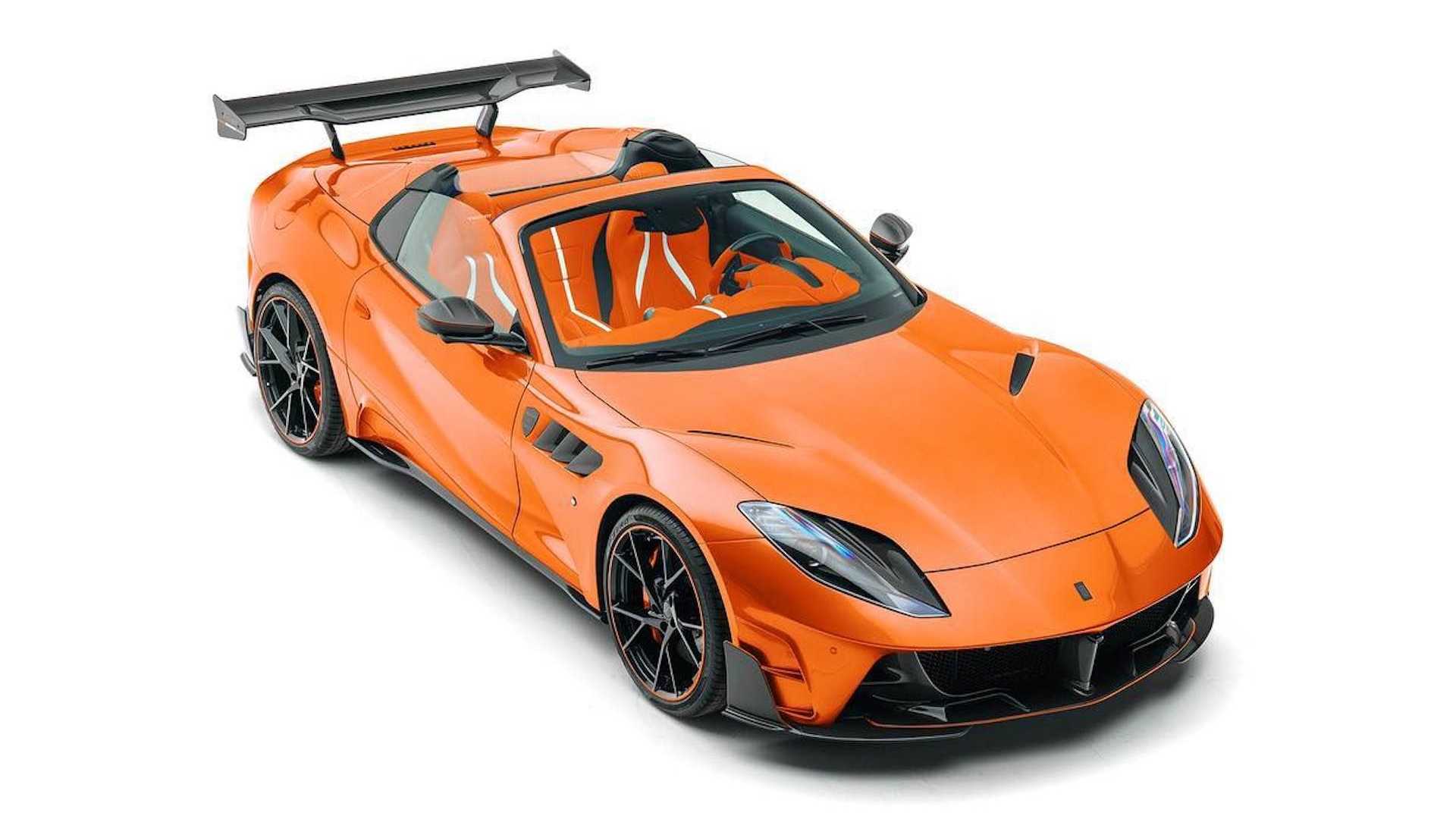 When you think about tuners going overboard, there is one that really sticks out and they have created a Ferrari 812 GTS that will not exactly fly under the radar.

Mansory calls it the Stallone and the makeover is totally wild with orange used extensively coupled with bits of white trim.

The dashboard trims, seats, door cards, and centre console all come with orange trimmings. The seats have white accents, as well.

It sports a plethora of carbon fibre components to transform the look of the V12 supercar but the biggest head-turner will be the drastic rear wing.

To match the visual drama, the 6.5-litre naturally-aspirated V12 has been dialled up to 820 hp (611 kW) with 740 Nm of torque. This is a result of optimizing the ECU as well as an upgraded exhaust system which no doubt sounds immense. The top speed will be 345 km/h while the 0 to 100 km/h sprint time is 2.8 seconds.

Mansory doesn’t list the price for the Stallone but as with most of its products, don’t expect it to be affordable. Just make sure that you’re ready for the attention you’ll be getting with that colour.