Maruti Suzuki Dzire is the best selling compact sedan in the Indian market. The manufacturer even offers some customization options but here we have a Dzire that has been customized by Bromotive. They also uploaded a video on YouTube that showcases the procedure of how the Dzire was modified.

The shop first pointed out all the dents, scratches and pinholes. All such things were repaired first then the whole car was washed. The badges were removed and so were the door handles.

A piece of golden wrap was positioned on the  bonnet but it was still uneven. Then the placed a matte black wrap and now the uneven body work was hidden. The undulations were no longer visible because the golden wrap reflects more light when compared to a matte black one. The shop was facing the same issue when they were placing the wrap on the doors.

Another issue was that when the wrap was being removed the putty also got removed with it. So, in the future this could have caused issues. So, the shop decided to coat the whole car with primer. This would make the paint level even and the primer would not leave any residue. So, the wrap would be placed properly.

The car was repainted in pure white colour. Then the shop started applying the golden wrap. Once the wrap was done, a coat of wax was applied to give a shine. We can also see that this Dzire is running on after-market wheels. 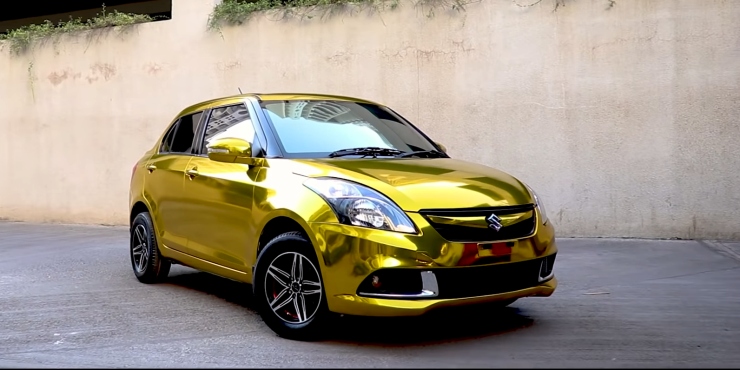 Wrapping a car is a much affordable method of giving a new look to your vehicle. Moreover, because of the wrap the car stands out of the crowd. There are many colours available with the shops so you are not limited to the colours that the manufacturer offer. Wrap protects the car from scratches and swirl marks. It will not let the original paint get damaged easily. So, you can just peel off the wrap if it gets damaged and the original paint should be intact. The cost of wrap varies on the quality that you choose. We have seen wraps starting from Rs. 30,000 and can also costs few lakhs of rupees. Having said that, a wrap would attract the attention of the cops which means that there are high chances that they would stop your vehicle. You might get in trouble considering that the wrap colour could be different from the colour mentioned on the registration certificate. Wrapping your car currently lies in a grey area so as of now, the rules are not clear whether you can wrap your car or not. 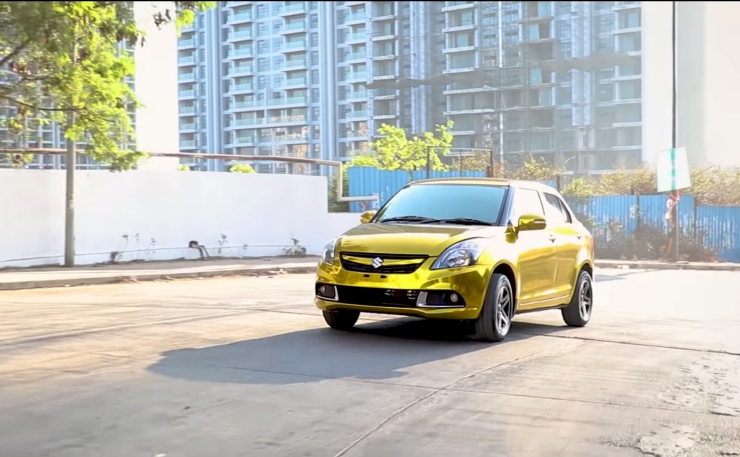 Compact sedans are no longer the trend in the market but the Dzire is still selling quite well despite people considering compact SUV. Maruti Suzuki sold 14,967 units of Dzire in January 2022, making it the third best selling car of 2022. Last year, the manufacturer sold 15,125 Dzires in the market despite the pandemic.