Maruti Suzuki Ertiga is the best selling MPV in the Indian market. It is sold via Arena dealerships of Maruti Suzuki. Ertiga looks like a family MPV, there is nothing that stands out in its design. Here, we have the Explorer Edition of the Ertiga rendered by Bimble Designs.

The video is posted on YouTube. In the video, the person modifies the regular Ertiga into Explorer Edition based on his/her imagination. There are several modifications done to the MPV so that it can tackle off-road conditions.

But first, let us talk about cosmetic upgrades. The Ertiga is now finished in a unique grey paint scheme with decals of birds on it. The headlamp unit is the same one as the stock but now comes with LED Daytime Running Lamps and it is also blacked-out. The Daytime Running Lamps are a bit similar to the ones found on older generation BMW models. 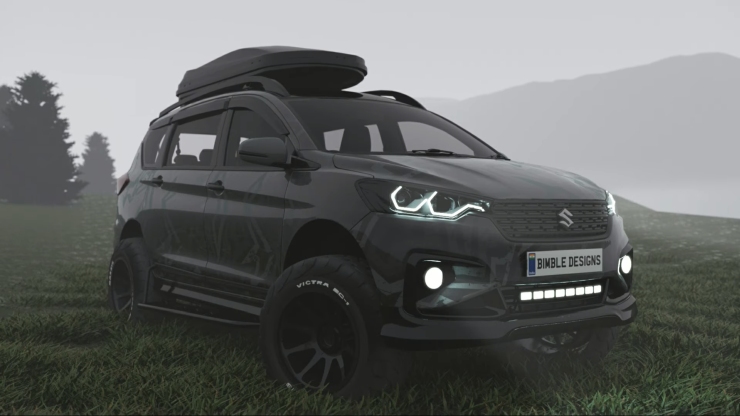 The bumper and the grille is the same as the regular Ertiga but the fog lamps now get LEDs. In the air dam, there is a light bar placed that will help in illuminating the path ahead while off-roading.

Then we move to the side profile, we can see that a lift kit has been installed to increase the ground clearance. There are wider tyres and different alloys. A side step has also been installed so that the occupants can get in and out easily. The turn indicators are installed on the outside rearview mirrors and they are LED units.

There are window visors installed so the occupants would be able to open the window slightly during the rain to enjoy the fresh breeze. There are roof rails installed but and there is also a top box to store stuff.

It is important to note that the rendering is based on the imagination of the artist. Maruti Suzuki is not planning such kind of vehicle nor they have announced anything regarding an Explorer Edition of the Ertiga. However, they are working on a facelift of the Ertiga.

Maruti working on facelift of Ertiga Ertiga Facelift is expected to launch in March this year. It will come with a new grille that will be similar to the one found on the recently launched Baleno. The rest of the car will stay the same cosmetically. So, the headlamps, tail lamps, front and rear bumpers and even the alloy wheels stay the same as the current Ertiga.

What will change is the automatic gearbox. Maruti Suzuki offers the Ertiga with a 1.5-litre, four-cylinder naturally aspirated petrol engine. It produces 105 PS of max power and 138 Nm of peak torque. As standard, it would still come with a 5-speed manual gearbox. 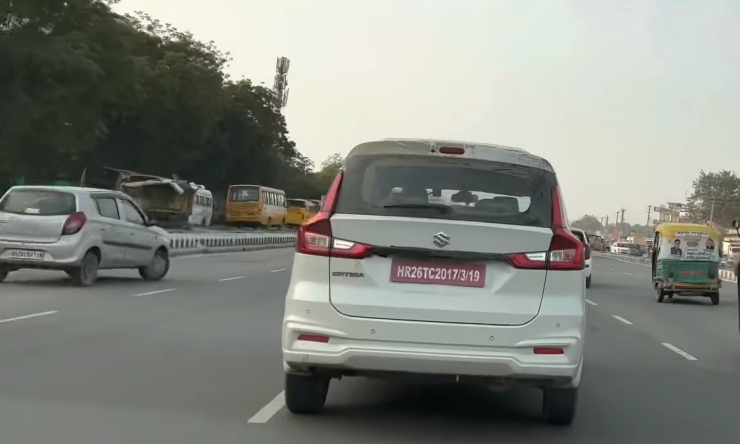