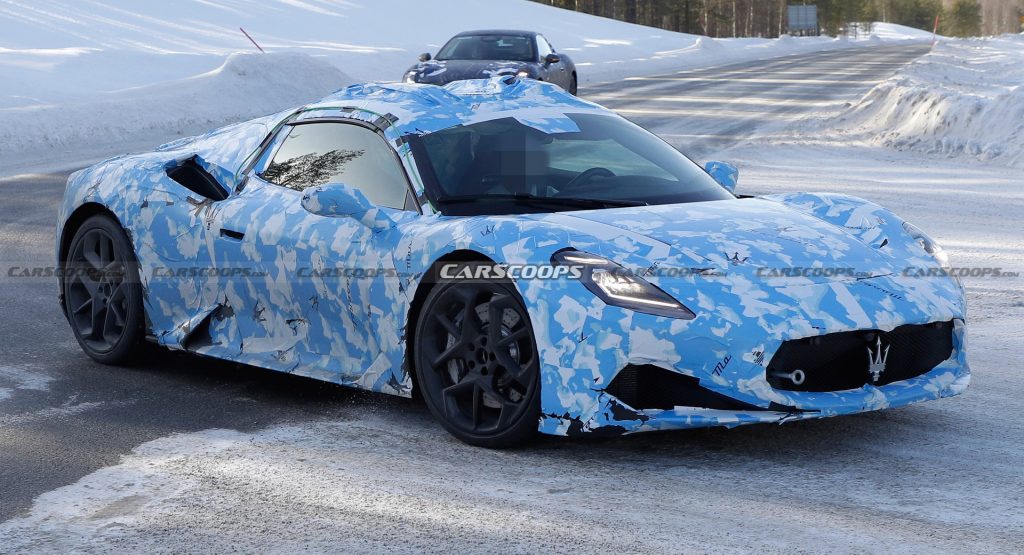 Late last year, Maserati confirmed that they would be building a convertible version of their MC20 supercar by revealing a camouflaged prototype. Now, our spy photographers were able to capture another one of those prototypes undergoing cold-weather testing near the Arctic Circle.

This prototype looks nearly identical to the one presented by Maserati, even down to the cloud-patterned wrap hiding the removable roof. That being said, both display a few changes over their fixed-roof counterpart, though they’re mainly from the beltline up. 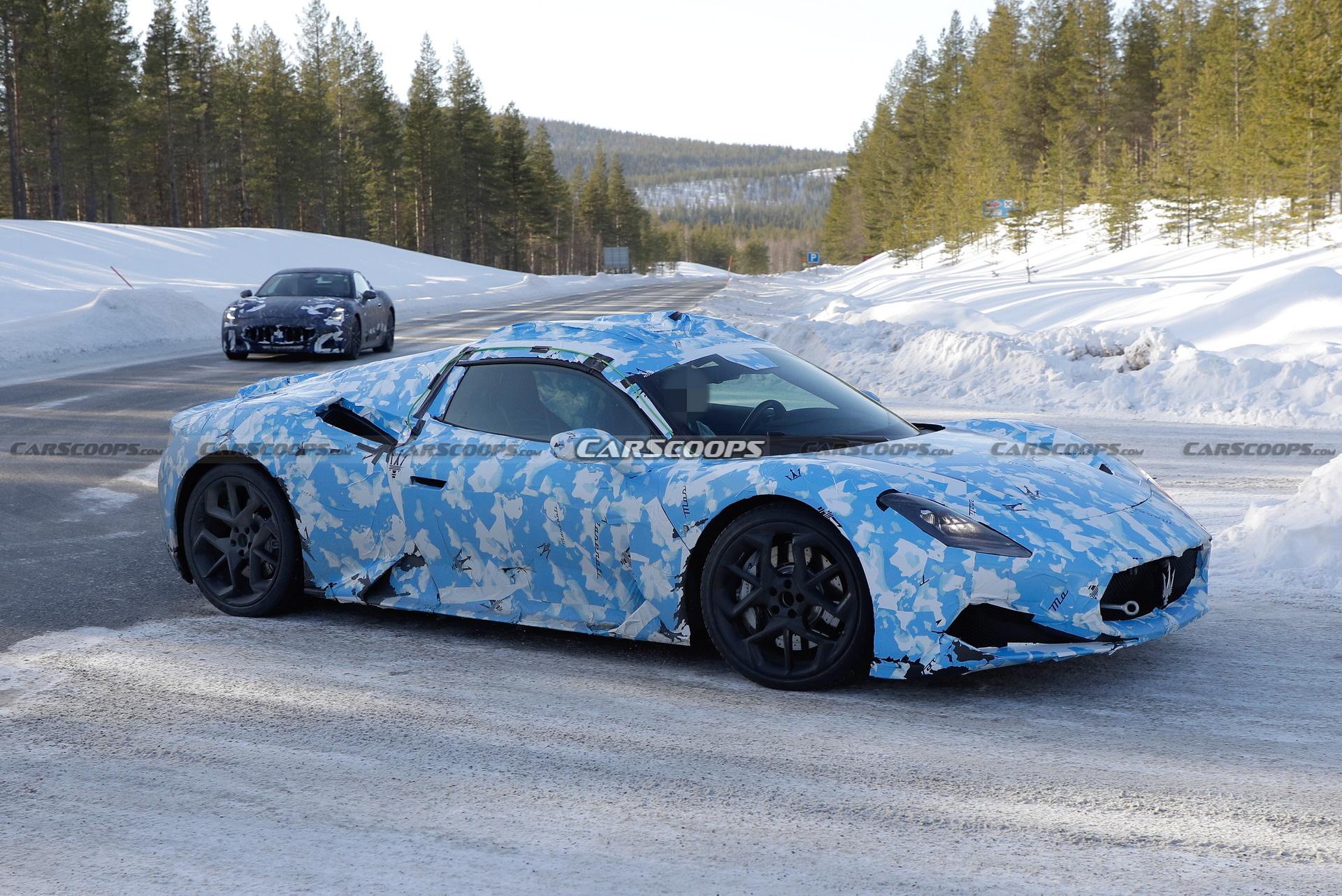 These changes start with the A-pillars, which will need to be reinforced both to make up for the structural rigidity lost from the removable roof panel and to better support the car in the event of a rollover. The rear decklid will also need to change to accommodate the convertible mechanism, as well as the roof, though the reason for that is a bit more obvious. The convertible mechanism can be seen on this prototype in the form of rectangular protrusions along the roofline, and we’d imagine those will go into hiding before this car reaches production.

We’d love to see the convertible keep its usable rear trunk space and trident-shaped window vents, but due to the challenges involved in preserving those with the roof mechanism, it doesn’t seem likely, especially since Maserati went through the trouble of covering the rear glass.

See Also: Someone Is Already Looking To Flip Their Maserati MC20 For A Profit 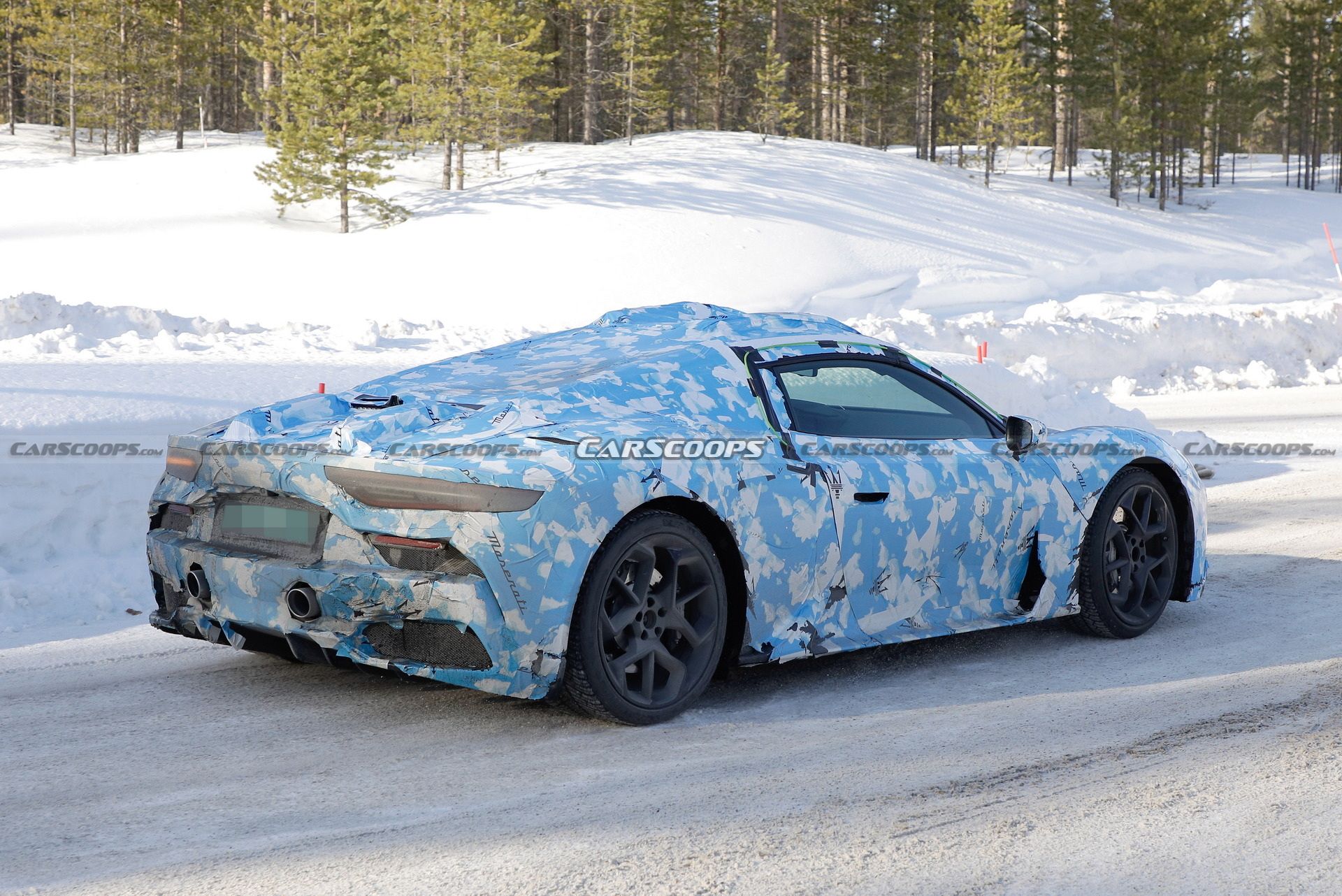 There’s no word on when this convertible will debut, but based on the teaser, a mid-2022 reveal is likely. Maserati is also readying an all-electric version of the MC20 called the MC20 Folgore (“lightning” in Italian), which we imagine would also come in both coupe and convertible options once it goes on sale later down the line.