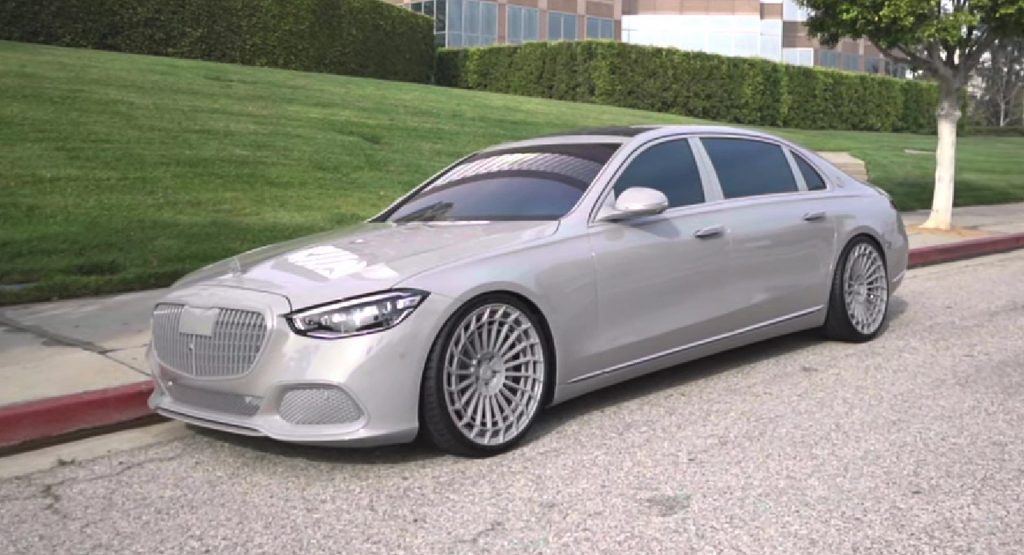 Kim Kardashian is not a fan of two-tone cars or two-tone anything. In a recent video for Vogue, the extent of her obsession with monochromatic things was revealed with her new Maybach S580.

The reality star revealed that the new Maybach is her “favorite baby ever, ever, ever.” Not satisfied to roll around in a limousine that any old millionaire could be seen in, she put her distinctive twist on the car with the help of Platinum Motorsport.

The garage took the Maybach – which they report cost more than $100,000 over its $185,000 MSRP thanks to all of the factory options – and set about making it completely unique.

“You guys know that when [Kardashian] goes in on cars, when she goes hard, she just goes hard, you know what I mean?” said Platinum Motorsport’s George (Gevork) Keshishyan in the video. “So there’s no left and right with her. Like, if she’s going, if she’s pulling up to bat, she’s taking it all the way home.”

That means that the team lowered the car, replaced the wheels with custom 22s, tinted it, added an illuminated rear trunk emblem, and, most importantly, painted it grey. Not only did they paint the bodywork grey, though – they also painted the trim, the wheels, the grille, the badge, and even parts of the interior.

Fortunately, unlike her house (seriously, her house is wild, you should watch the full Vogue video below), the interior of the vehicle is black, instead of the all-consuming grey seen on the exterior. But, her passion for the monochromatic has at least extended to her other vehicles, and both her Lamborghini Urus and her Rolls-Royce Ghost are painted the same shade of grey.