The luxury car market of India has seen a significant boom in recent years. There have been many people who have bought brand new luxury cars with open hands. However, there is a set of people who have abandoned such cars on the roadside, due to reasons best known to them. Here is a list of five such cars, some of which are ultra-rare found by T-BHP. 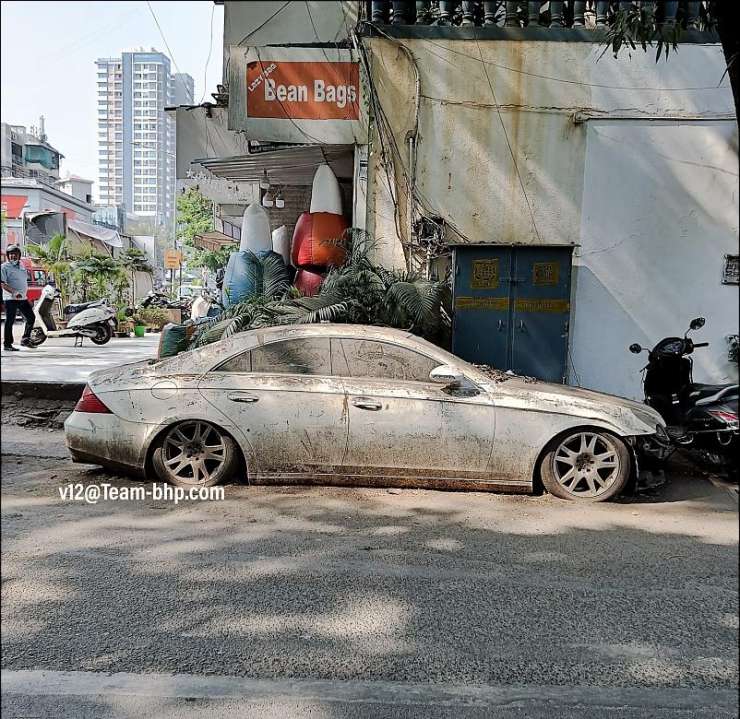 The two-door Mercedes Benz CL500 cope was one of the rarest cars sold in India sold by the German carmaker in a very niche space of luxury space. Seen here is what looks like a fine example of a third-generation CL500 in a shade of black without any damage, with equally sporty looking five-spoke black coloured alloy wheels. This version of the CL-Class coupe was powered by a 4.7-litre V8 engine, which used to make 435 PS of power and 700 Nm of torque. This car was seen eating the dust at Lodhi Road in Delhi. 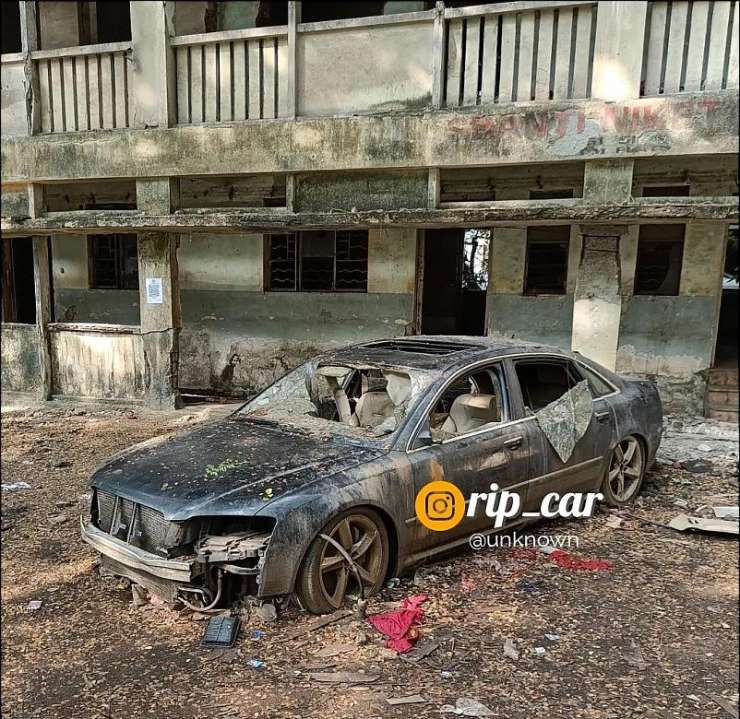 The Audi A8 W12 was the flagship variant of the most expensive and luxurious saloon offered by Audi globally. This variant of the car was also sold in India in the third generation version of the A8, which was launched to challenge the supremacy of Mercedes Benz S-Class and BMW 7-Series in this segment. A very badly damaged Audi A8 W12 was spotted abandoned in Mumbai, which looks beyond repair. The car looks extremely damaged, with its windows, front bumper, grille and headlights missing. This version of the Audi A8W12 was powered by a 6.3-litre W12 petrol engine, which was used to make 500 PS of power and 625 Nm of torque. 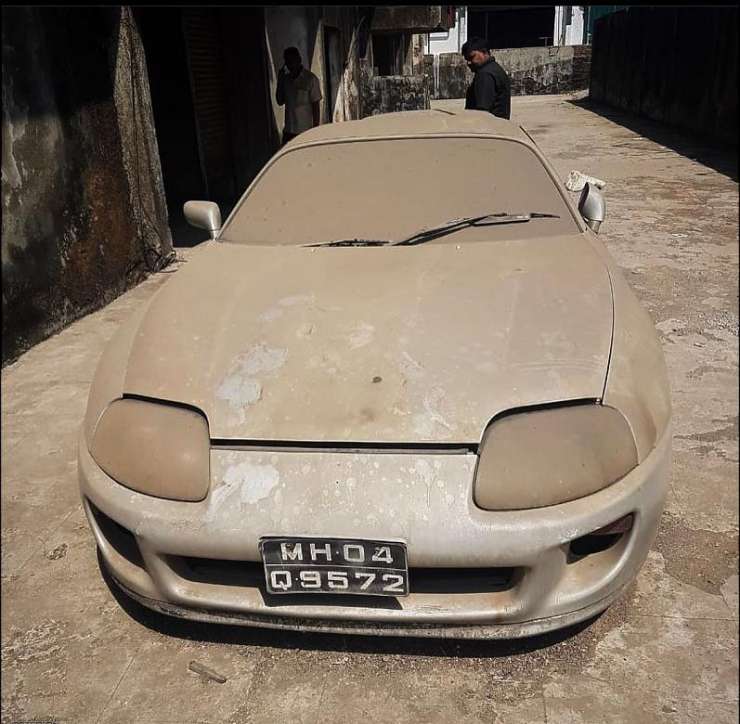 The Toyota Supra is regarded as one of the finest two-door sports coupes in the world, with the fourth-generation model sold in the late nineties still having a cult status all over the world. While the Supra was never sold in India officially, there were a few enthusiasts who brought the Supra as private imports. This abandoned Supra seen here is one such example, which is left to rot in the streets of Mumbai by its owner. This version of the Supra was made in Japan and has a 3.0-litre twin-turbocharged inline-six engine, which makes 280 PS of power and 431 Nm of torque. 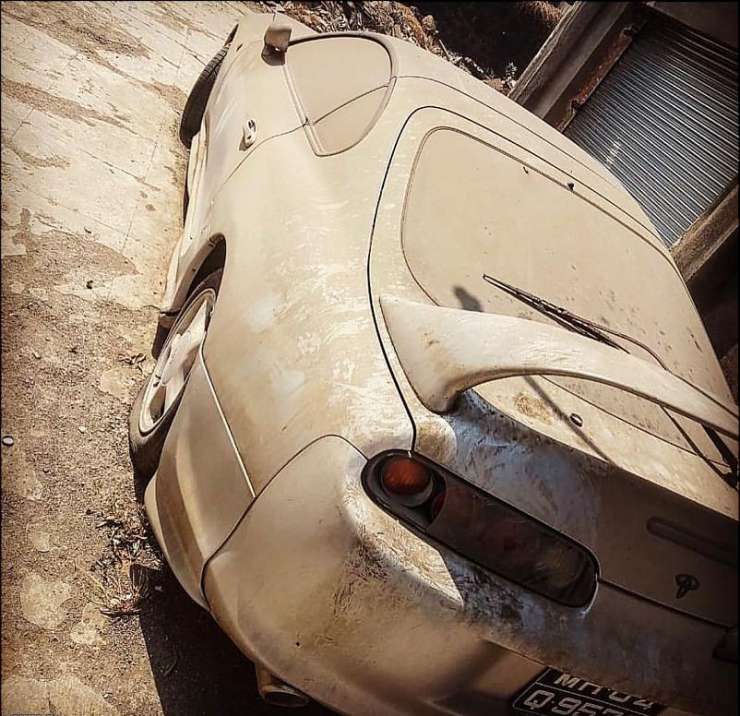 The red-coloured Porsche Boxster you see here was left by its owner on the roadside in a street of New Delhi. However, this is not a regular version of the Boxster, as it looks specially customized with twin bulging humps on its back, above the engine compartment. Even the tail lamps and spoiler at the back have been blacked out. These customization jobs in this Porsche Boxster might draw polarized opinions – some may like it, others may not. This version of the Boxster is the second generation model, which was sold in India with a 2.9-litre flat-six engine. 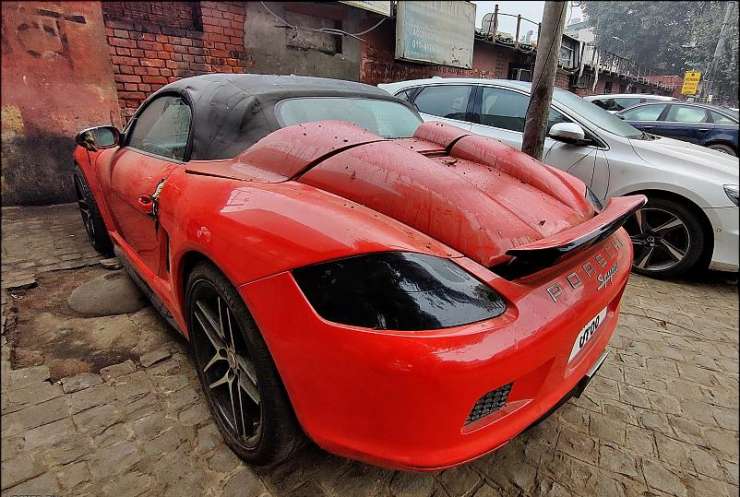 This one is one of the newest in this list of abandoned luxury cars in India. Finished in a simple shade of white, this V-Class was found abandoned on a street in Mumbai and looks clean with no physical damage. It is not clear why its owner has left this luxury van in such a condition. This version of the Mercedes Benz V-Class you see here is powered by a 2.1-litre diesel engine, which produces 163 PS of power and 380 Nm of torque and is the most expensive MPV currently sold in India.