MG will be updating the ZS EV in February, according to Autocar India. Now, the electric crossover has been spotted on Indian roads. The ZS EV Facelift will be a big update, it will have a new exterior as well as an interior. MG will also be adding more features to it and it will continue to go against Hyundai Kona Electric. 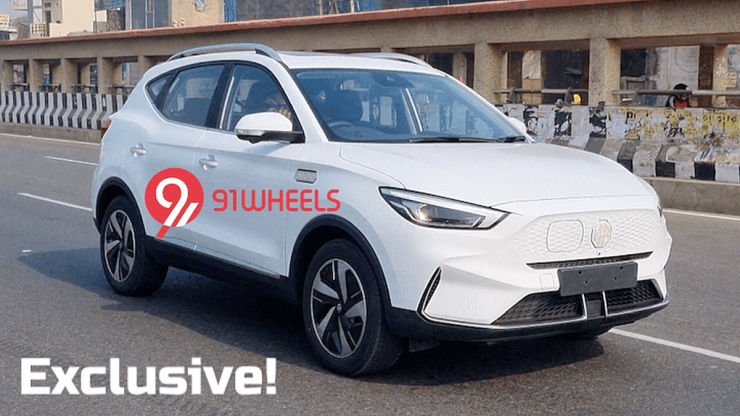 From the spy shots, we can see that the electric crossover was finished in white colour. The badges on the body have been covered with white tape. The shots shows us a glimpse of the exterior as well as the interior.

The 2022 ZS EV will also offer more range. This is because MG will replace the 44.5 kWh battery with a 51 kWh unit. Currently, the ZS EV claims a driving range of 419 km whereas, in the real world, the driving range is close to 315 km. With the new battery, the claimed driving range could increase to 480 km. We will have to wait for the official launch to check what it can deliver in real-world conditions. 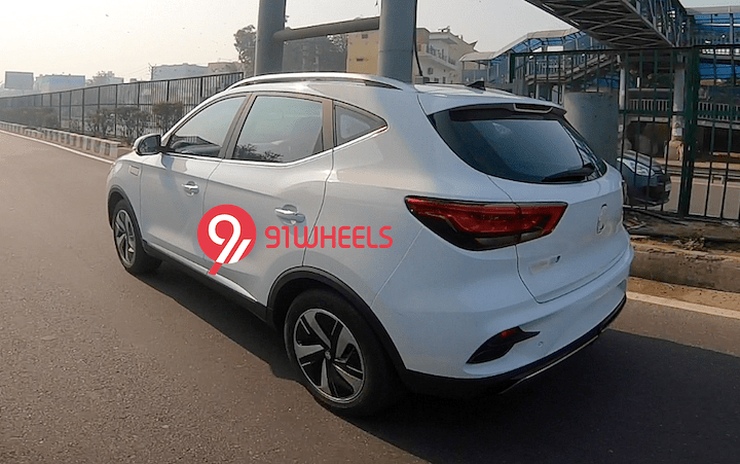 The ZS EV is based on the Astor. So, the design language that we have seen on the Astor will be carried forwarded to the ZS EV. However, there would be some differences between the ICE and EV vehicles. Globally, the ZS EV was launched last year. Up-front there will be new headlamps that are sleeker and will no longer use halogen setup. This time MG will use LED projector setup along with LED Daytime Running Lamps. The front grille will no longer be functional because there is no internal combustion engine that needs cooling. The grille will be covered with a plastic piece that integrates with the front bumper. The charging port will also be hidden behind the front grille. 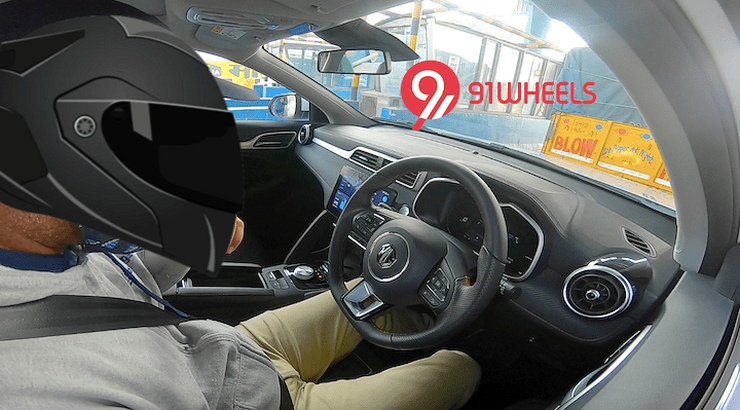 The cabin of the 2022 ZS EV is also identical to the Astor. However, there is one difference, Astor’s interior comes in multiple dual-tone shades. However, the ZS EV that was spotted had the interior finished in black with silver inserts. As of now, it is not known whether MG will offer different interior themes or not. One thing that we did notice is that the ZS EV comes with a rotary dial to change the drive modes whereas the Astor comes with a traditional gear lever.

A lot of features on offer

The Astor is currently one of the most equipped crossover in the Indian market. It is also currently the most affordable crossover that is offered with Advanced Driver Aids System. Moreover, the equipment that we see on the India-spec ZS EV is very close to the Astor. So, it is possible that MG ends up offering Advanced Driver Aids System with the ZS EV Facelift also.

The 2022 ZS EV will come with 360-degree parking camera, a larger sunroof, a digital instrument cluster that will be updated to show EV related information, the touchscreen infotainment system would measure 10.1-inches. When compared the current ZS EV comes with an 8-inch infotainment unit and analogue dials for the instrument cluster.