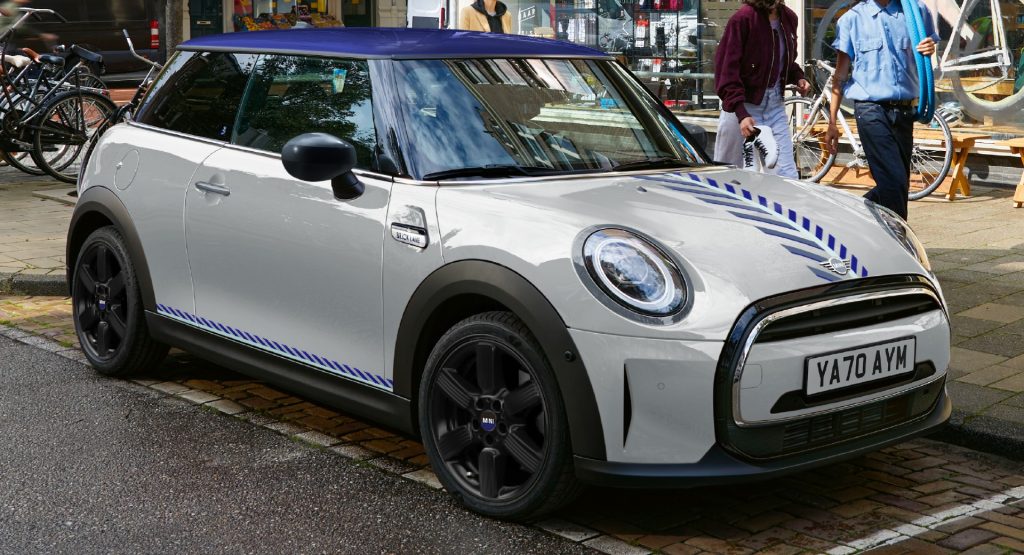 While MINI is already testing the new generation of the Cooper in both fully electric and ICE-powered forms, the current model is getting another new special edition for Japan in a quest to make it more appealing. The Mini Cooper Brick Lane Edition is available in limited numbers exclusively for Japanese customers, bringing a hint of London to the Land of Rising Sun.

Read Also: MINI Gets Into The Electromod Business, Will Convert Classic Cars Into EVs 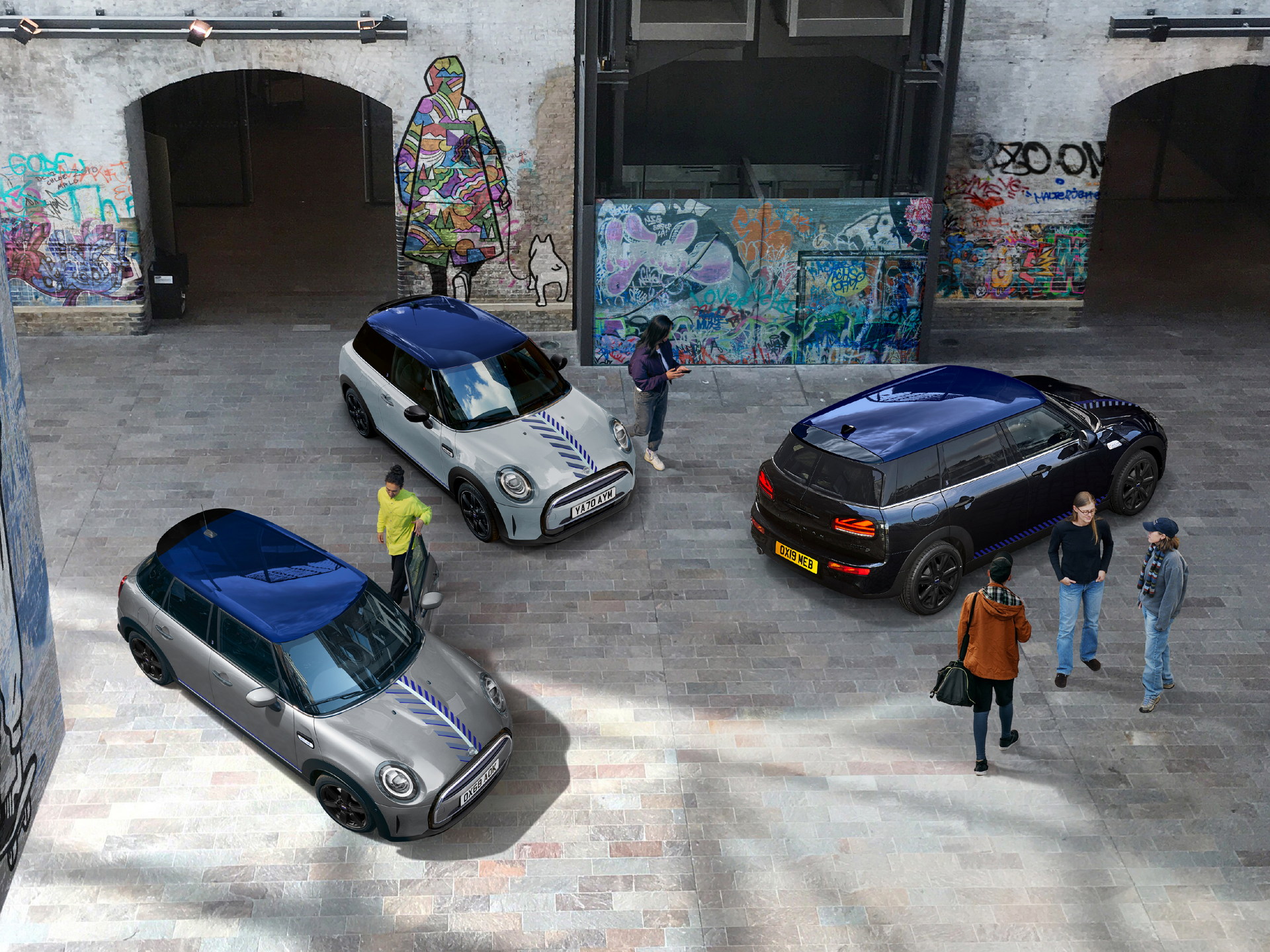 All of the special Mini models get fancy graphics on the bonnet and profile, the B emblem on the pillars, a set of cool-looking floating hubcaps with the Mini emblem retaining an upright position, plus a San Marino Blue roof. The exterior shade is White Silver Metallic on the three-door, Moonwalk Gray Metallic on the five-door, and a darker MINI Yours Enigmatic Black Metallic for the Clubman.