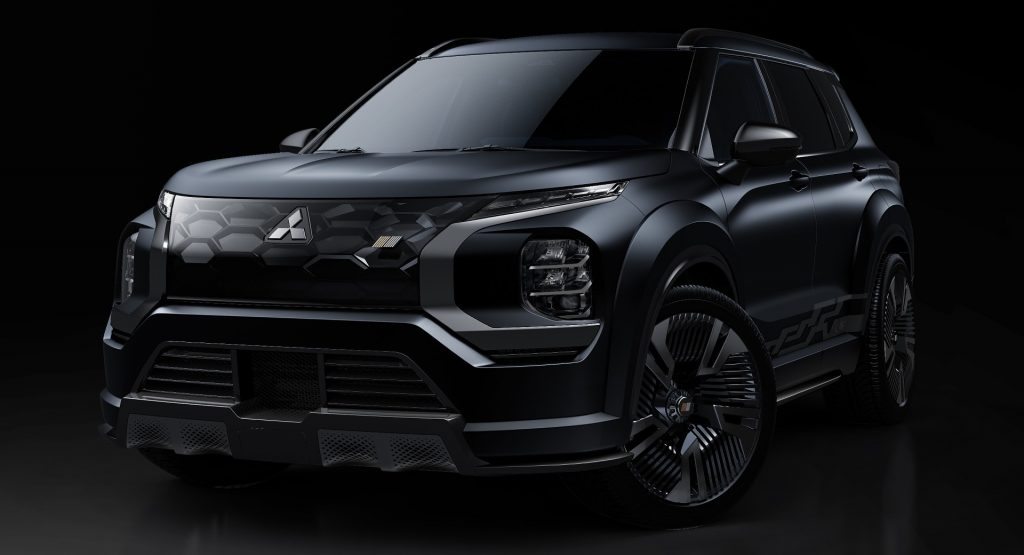 After teasing us with its diffuser a few weeks ago, Mitsubishi has officially unveiled the Vision Ralliart Concept which – as we predicted – is based on the Outlander PHEV. The company uses the slogan “The Next Era, The Next Adventure” which suggests that it could be a sign of things to come in terms of performance variants in the Mitsubishi range.

Ralliart’s return was officially announced in May 2021, but until today, the only thing we had seen was a series of Ralliart-branded accessories for the Pajero Sport and Triton in Thailand. This means that the Vision Ralliart Concept is the first proper example of a Ralliart-tuned vehicle.

Design-wise, the concept immediately stands out from the stock Outlander thanks to the futuristic 22-inch wheels and the wide bodykit. The latter includes a fully covered front grille with a sporty pattern and a Ralliart badge, a redesigned front bumper reaching closer to the ground, fender add-ons, plus a new rear bumper with a huge diffuser and F1-inspired brake lights. Mitsubishi chose a matte black shade for the exterior that is showing blue highlights when lit. As for the interior, we don’t have any pictures although we suspect similar sporty touches and a dark treatment. 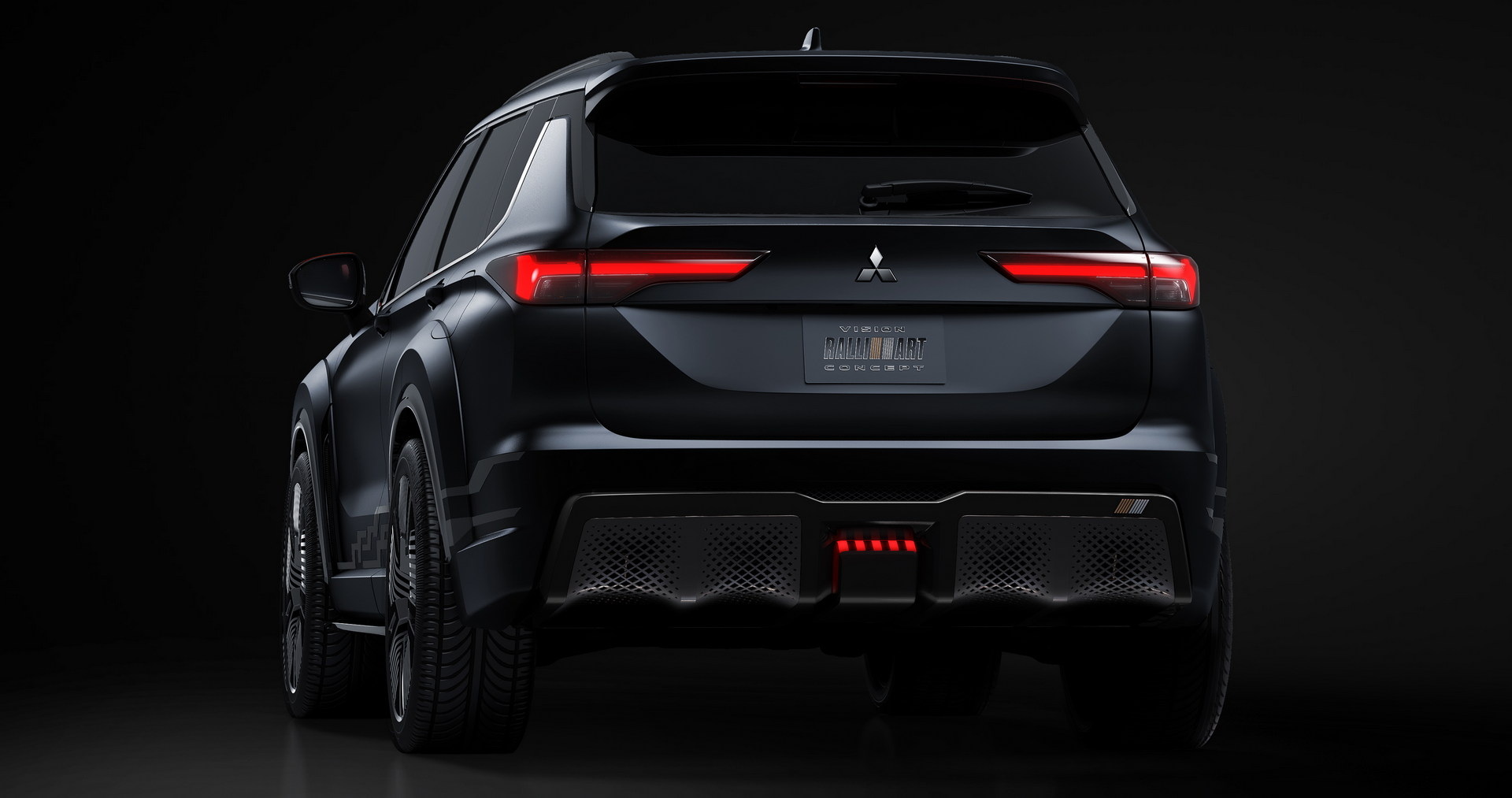 Mitsubishi didn’t announce the specifications of the electrified powertrain other than saying that it has “higher motor output, sportier 4-wheel control tuning, and enhanced battery capacity”. The current Outlander PHEV has a dual motor setup, the Super-All Wheel Control (S-AWC) system, and a 20 kWh battery.

The Japanese automaker claims that the Vision Ralliart incorporates Ralliart DNA and brings “elevated acceleration, cornering, and braking in all road and weather conditions”. This suggests that the engineers did a lot of work on chassis tuning since, despite the improvements in the last generation, the Outlander PHEV that served as a base for the concept is still a large and heavy SUV. Indeed, besides the 22-inch wheels that are shod in performance tires, the concept gets large brake discs with opposed-piston 6-pot brake calipers, while we are pretty sure there must be some new suspension setup involved.

While the Vision Ralliart is presented at the Tokyo Auto Show as nothing more but a concept study, the company said that the “customer feedback will be used in future development of Mitsubishi vehicles,” hinting at a possible production version of the performance-focused plug-in-hybrid SUV.