Luxury brand to give full details of its first bespoke electric car, which will rival the Audi Q4 E-tron

The first bespoke Lexus electric car, to be officially revealed and detailed on 20 april, will be a sleek, performance-oriented SUV called the RZ450e.

Already previewed in near-production-ready form when Toyota and Lexus unwrapped 15 all-new electric concept cars late last year, it’s based on Toyota’s e-TNGA platform but with bespoke modifications aimed at taking “the driving experience to the next level”. It’s a similar size – and is a close visual relation – to the existing NX crossover.

Photos released as part of Lexus’s 2021 global sales data give us a clear view of the RZ. The design is unchanged from the concept shown back in December, featuring an overall look similar to the Subaru Solterra and Toyota bZ4X with which it shares its platform, although a black C-pillar helps to create a more streamlined look.

Like its Toyota and Subaru siblings, it sits closer to the ground than a traditional SUV. It also carries forward a number of new design cues seen for the first time on that concept. 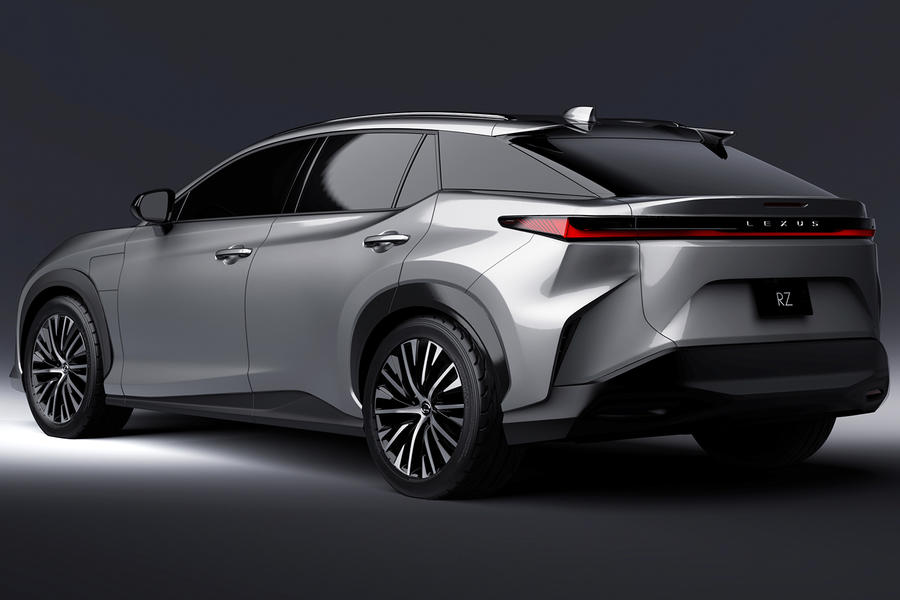 The rear, however, is radically different from the other two cars. A slim rear light bar and spelled-out brand name, features originally found on the LF-Z concept, are likely to define Lexus’s EVs.

The brand’s Europe vice-president, Pascal Ruch, told Autocar that a priority for Lexus is offering “exhilarating driving performance” and hinted that it will offer variants of future EVs that “support the sporty position of the brand”.

The RZ will have fully variable four-wheel drive and steer-by-wire technology and promises “incredible cornering and roadholding”. 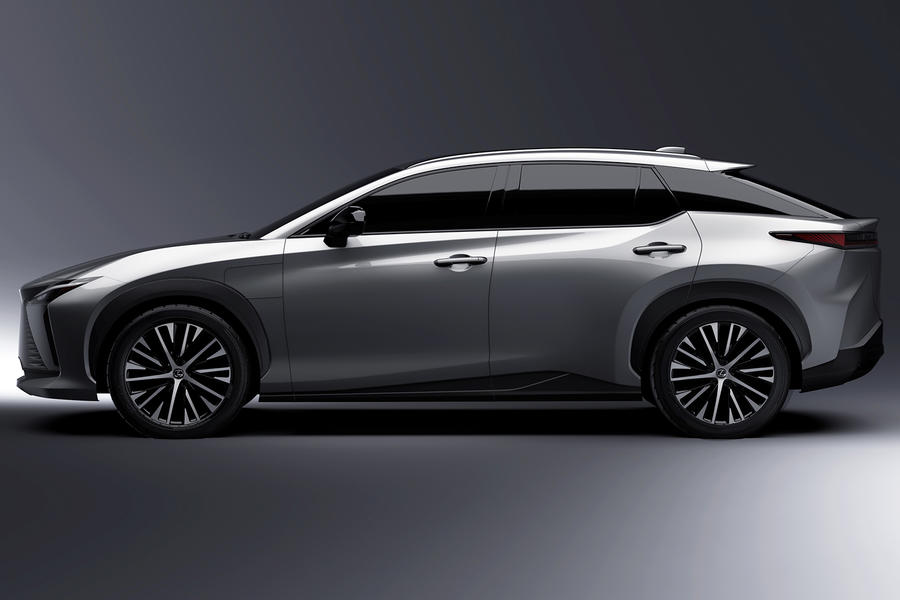 The Direct4 system allows the RZ to apportion power delivery across both axles “in the blink of an eye”, essentially switching instantly between front, rear and all-wheel drive as the situation requires.

Lexus will employ this set-up on all future bespoke EVs, suggesting that each will use a twin-motor set-up.