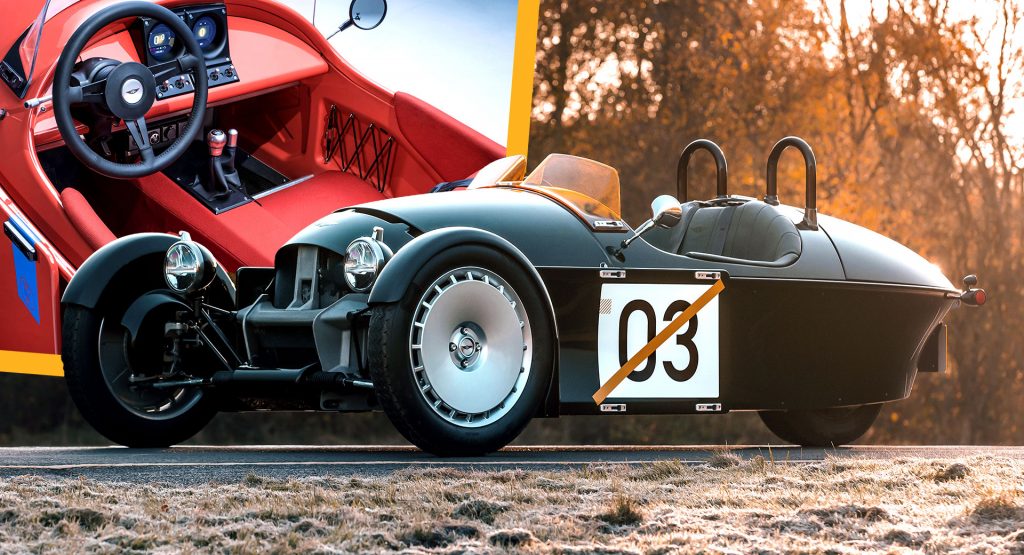 Just over a year after killing off its classic 3 Wheeler for the second time in its 113-year history, Morgan is back with a radically updated trike.

Called the Super 3, it moves the 3 Wheeler on from the 1920s-inspired version we’ve become accustomed to over the last decade. Instead of spindly wire wheels and an exposed V-twin motorcycle engine slung across the nose, this one takes its styling cues from the early jet age, has disc-style wheels that evoke images of Porsche 935s, and gets its motive power form a three-cylinder Ford car engine.

Though pedestrian safety groups are probably delighted to see the back of the old S&S V-twin, which wasn’t capable of passing future emissions tests, for the rest of us that substitution might seem like a bad thing. But Morgan points out that it made a similar switch in the 1937 when it introduced the Morgan F-series.

The difference is that F-Type had less than 40 hp, and this one has 117 hp (118 PS), along with 110 lb-ft (150 Nm) of torque, which is sent to the single rear wheel via a five-speed Mazda MX-5 transmission. And being a triple, it should have at least some of the wumpa-wumpa-wumpa vibes that made the previous 115 hp bike-engine 3 Wheeler so characterful. Those numbers might not sound impressive, but don’t forget the Super 3 only weighs 1,400 lbs (635 kg).

Morgan says zero to 62 mph should take around 7 seconds and suggests a 130 mph (209 km/h) top speed, but given how crazy the last version felt at half that speed, we can’t imagine many buyers getting that far. The great thing about something like the Super 3 is that you don’t even need to break the speed limit to feel like you’re risking serious jail time.

Style-wise, the newly exposed snout is reminiscent of the electric EV3 concept’s, development of which Morgan killed off in 2018, while bodywork that tapers from the waist gives the car a lighter, more modern (and also weirdly aquatic) look. But the changes going on beneath that skin are even bolder. Instead of a being built around a spaceframe chassis, the new trike features a true monocoque where the outer panels contribute to the structural strength of the Superformed aluminium platform.

The suspension is also entirely new, having been redesigned to shorten the turning circle, leave space for air to flow to the side mounted radiators, and reduce unsprung mass by bringing the spring and damper units inboard. Even the skinny tires have been custom-engineered, in this case by Avon, to provide just the right amount of slip. 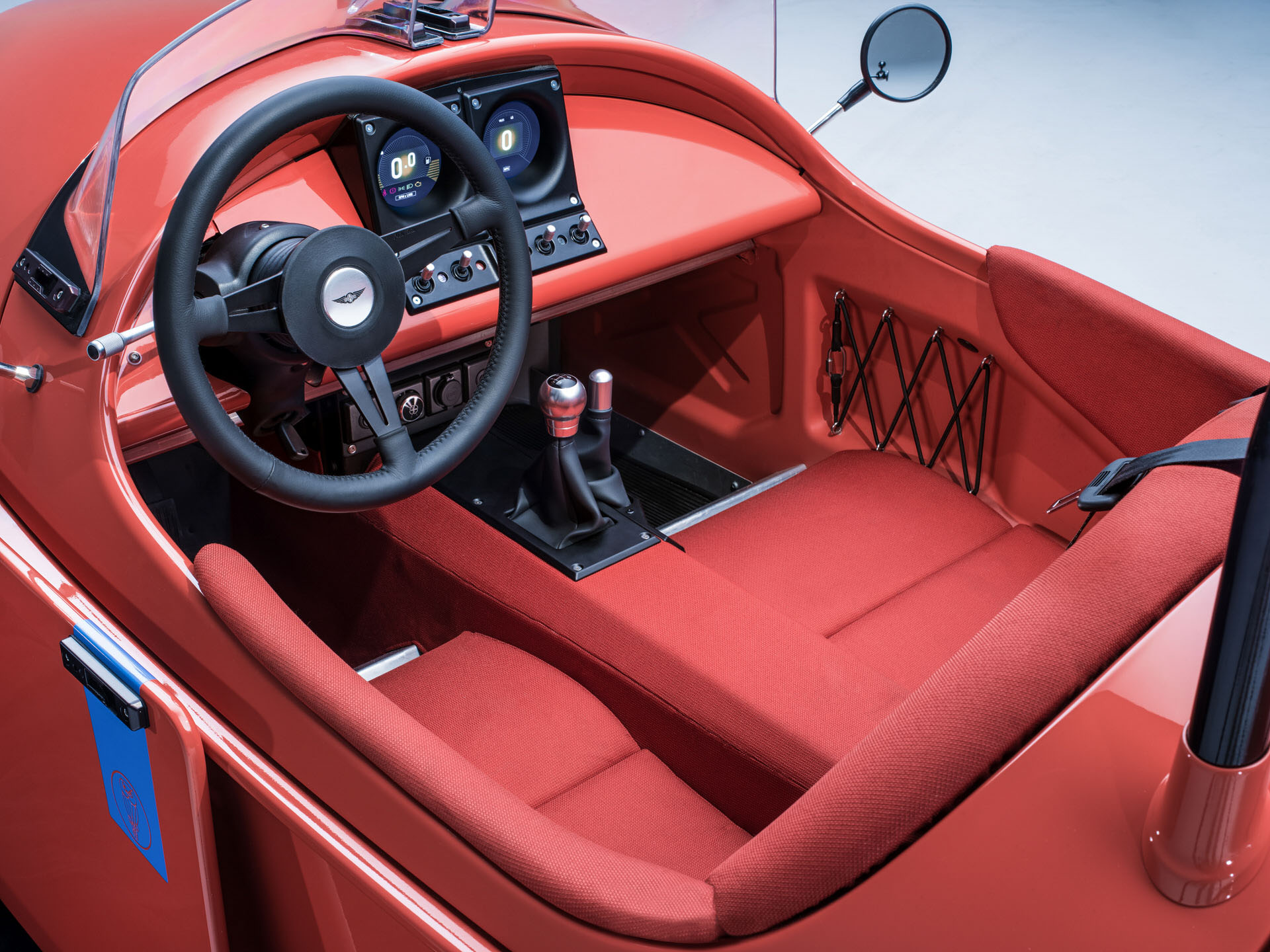 Inside the cabin, there are more jet-age styling cues, particularly around the dual-gauge instrument pack, that combines digital technology with a cold-war look that’s topped off by the bank of toggle switches below. One feature carried over from the outgoing car its the “missile release” start-stop button, but there are some important new additions like a quick-release adjustable pedal box, a reach- and rake-adjustable steering column, and even a footwell heater to help you get comfortable and stay that way.

Weather protection isn’t the Super 3’s strong suit (you get a tonneau for when you’re parked up, but no soft-top), but Morgan says everything has been designed to survive nature’s hissy fits. Dashboard controls and even the USB sockets are sealed from dust and water splashes, and the four upholstery options have also been designed with resilience in mind. Buyers can choose from vinyl, water-resistant leather, saddle leather and the really cool technical fabric seen in the press images of the red car that is both water- and UV-resistant.

Luggage can be stored under the lift-up trunk panel, attached to the topside of it using an exo-skeleton luggage rack, strapped to the side pods, or stashed in the lockable under-seat storage area. Some of those options require a trip to the actual options list where you’ll also find fixings for things like cupholders, phones, and two different screens, which you choose depending on how badly you want your head battered by bugs and the breeze. And, just as with the old car, customers will also be able to choose from a variety of graphics packages.

When will it go on sale and how much does it cost? 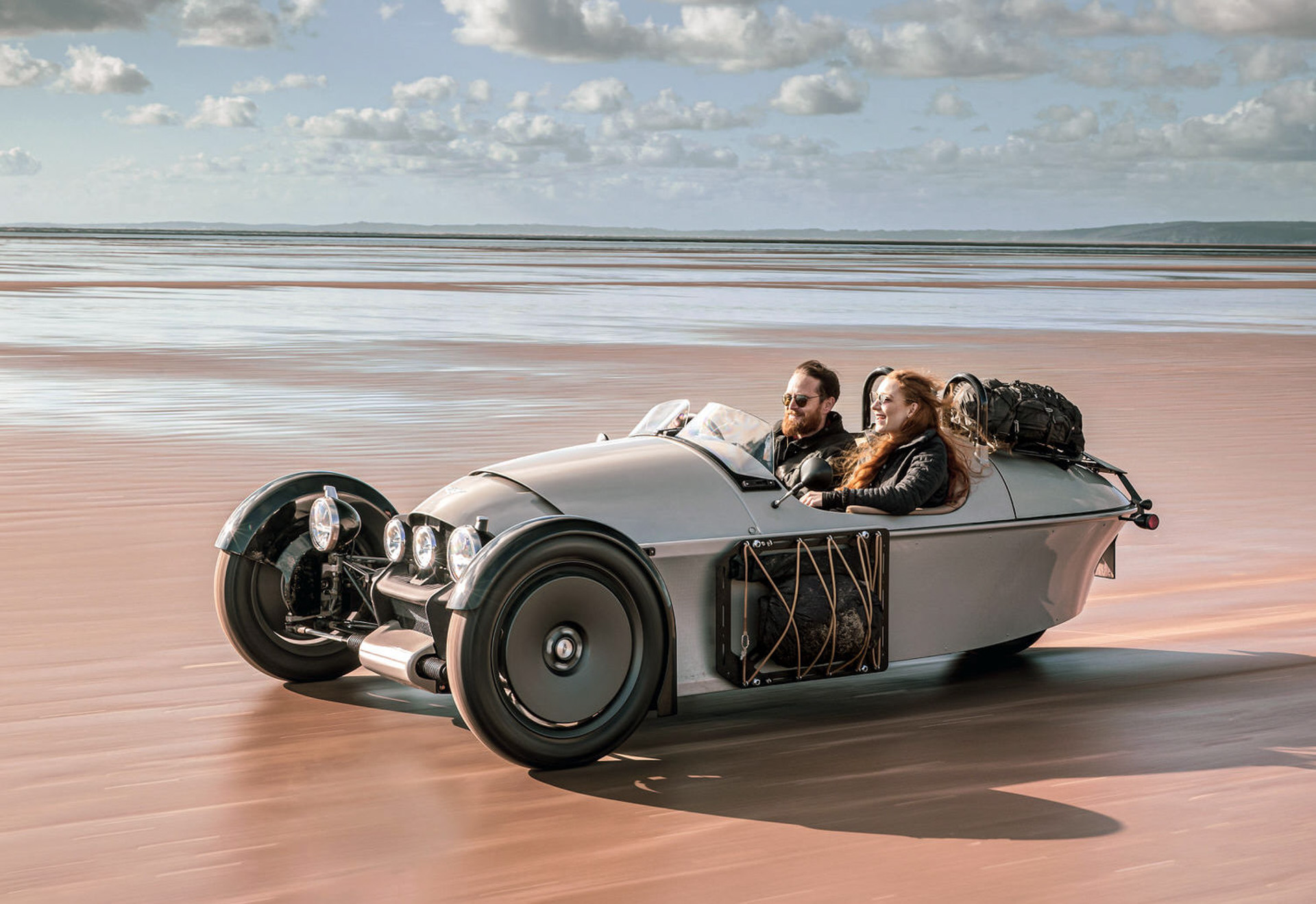 But even if you’re not buying, you can still design your perfect Super 3 using the online configurator. How would you spec yours?