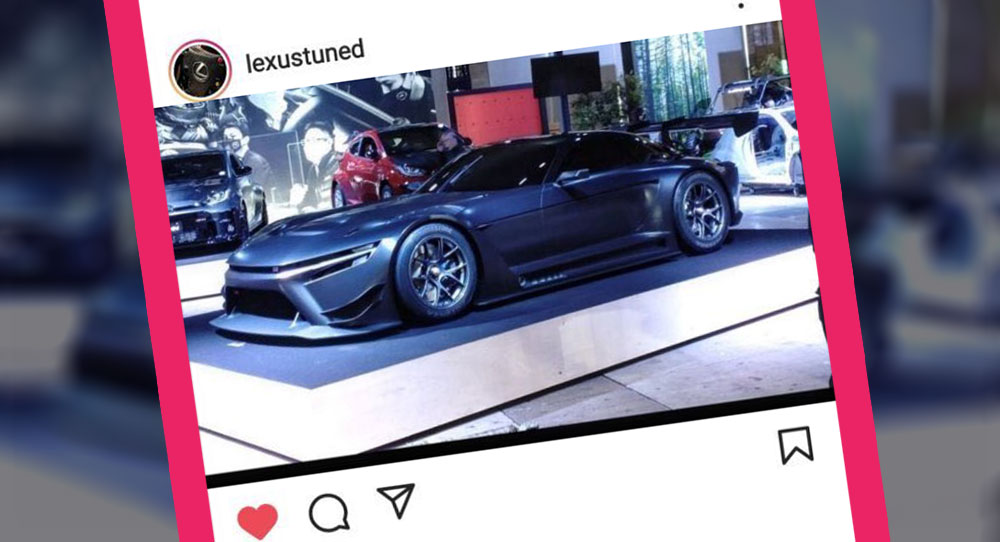 Anyone know a good digital plumber, because Toyota’s Gazoo Racing Team needs one quick if a picture apparently leaked from the Tokyo Auto Salon is anything to go by.

The image originally posted (and since deleted) to the Lexus Tuned Instagram page appears to show Toyota’s new GR GT3 concept taking pride of place on Toyota’s Tokyo show stand, with what looks like an even hotter GR Yaris in the background.

Toyota has already dished out its own teasers for both cars, promising that all will be revealed at the show on Friday Jan 14 (Jan 13, U.S. time). The company’s official release pictures showed a darkened image of the GT in profile, the long-hood, short-deck proportions pointing to a front-engined GT in the mould of the Mercedes-AMG GT. You could just make out some vents above the front wheels and a large GT3-style rear wing sitting so far up into the airflow it’s almost as tall as the roofline.

But the leaked image gives us a much clearer view, revealing a massive front splitter, air-hungry canards on the lower front bumper and recessed area in the hood. The distance from the base of the windshield to the nose looks almost comically long, suggesting the the drivetrain is stuffed far beyond the front axle line for optimum weight distribution, while the evil-looking face itself, gives the whole car the feel of Aston Martin’s Vulcan from a couple of years back.

We don’t know what Toyota has planned for the GR GT3, but its earlier release describes it as “racing-dedicated concept car that incorporates the knowledge and refined technologies Toyota Gazoo Racing has gained in the field of motorsports”. That’s likely to mean it’ll remain a one-off, though we can’t rule out the possibility of its styling and technology appearing on future Toyota road cars. 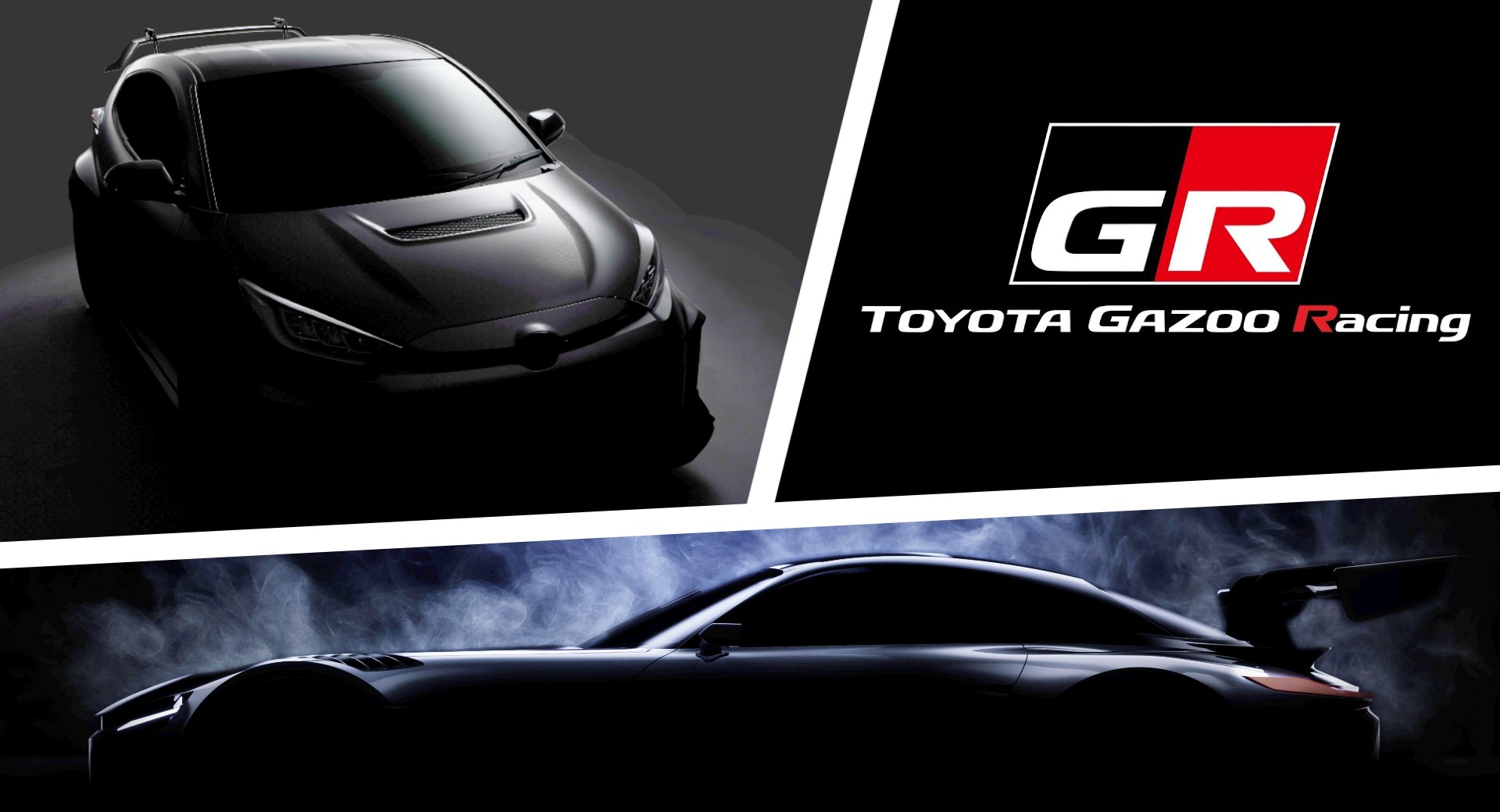 Sadly, the leaked image doesn’t give us quite such a clear look at the pair of GR Yaris hatches lurking in the background. But we already know from the company’s teaser release and our own pictures of the car testing at the Nurburgring that Toyota is working on what it calls a “fully tuned” version of its critically acclaimed hot hatch.

Reports from Japan suggested Toyota might add a hybrid system, inspired by the electrified GR Yaris Rally1 that will be racing in WRC starting this year. But a more likely option is an upgraded version of the existing 1.6-liter turbocharged triple with power boosted from its current 257 hp (or 268 hp spending on market) to nearer 300.

We’ll have to wait until the official reveal to know more, but the fact that one of the cars in the leaked image appears to be finished in either metallic blue or metallic grey is signifiant. Currently, the GR Yaris is only available in metallic red, black or white.

What do you think of the GR GT3 concept? Should Toyota build it? Leave a comment and let us know.

Thanks to Sean S. for the tip!