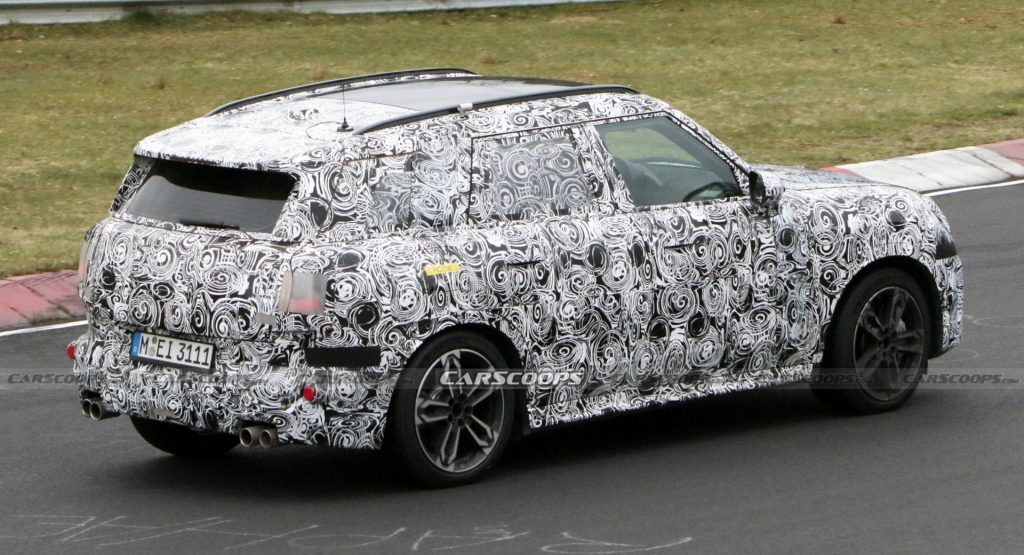 Just because the next-generation MINI Countryman will be a crossover based on the same platform as the BMW X1 and X2 doesn’t mean it won’t be exciting to drive. Thus, the obligatory testing at Nurburgring – where, granted, everyone and their luxury sedan, SUV or EV pop up, but that doesn’t detract from its grueling nature.

Sporting quad-tailpipes, the crossover, which we’ve previously seen similar models testing, certainly looks the part. In combination with the big brakes and intakes, all signs point to this being the MINI Countryman S, or another high-performance model.

Rumors suggest that the plug-in hybrid version will be the most powerful MINI to date. By combining a 1.5-liter three-cylinder engine with a rear-mounted electric motor, the powertrain will reportedly send 318 hp (240 kW/322 PS) to all four wheels. That’s nearly 100 more horses (74.5 kW/101 PS) than the current Cooper SE Countryman All4 PHEV and nearly 20 more(15 kW/20.2 PS) than the Mini Countryman JCW. 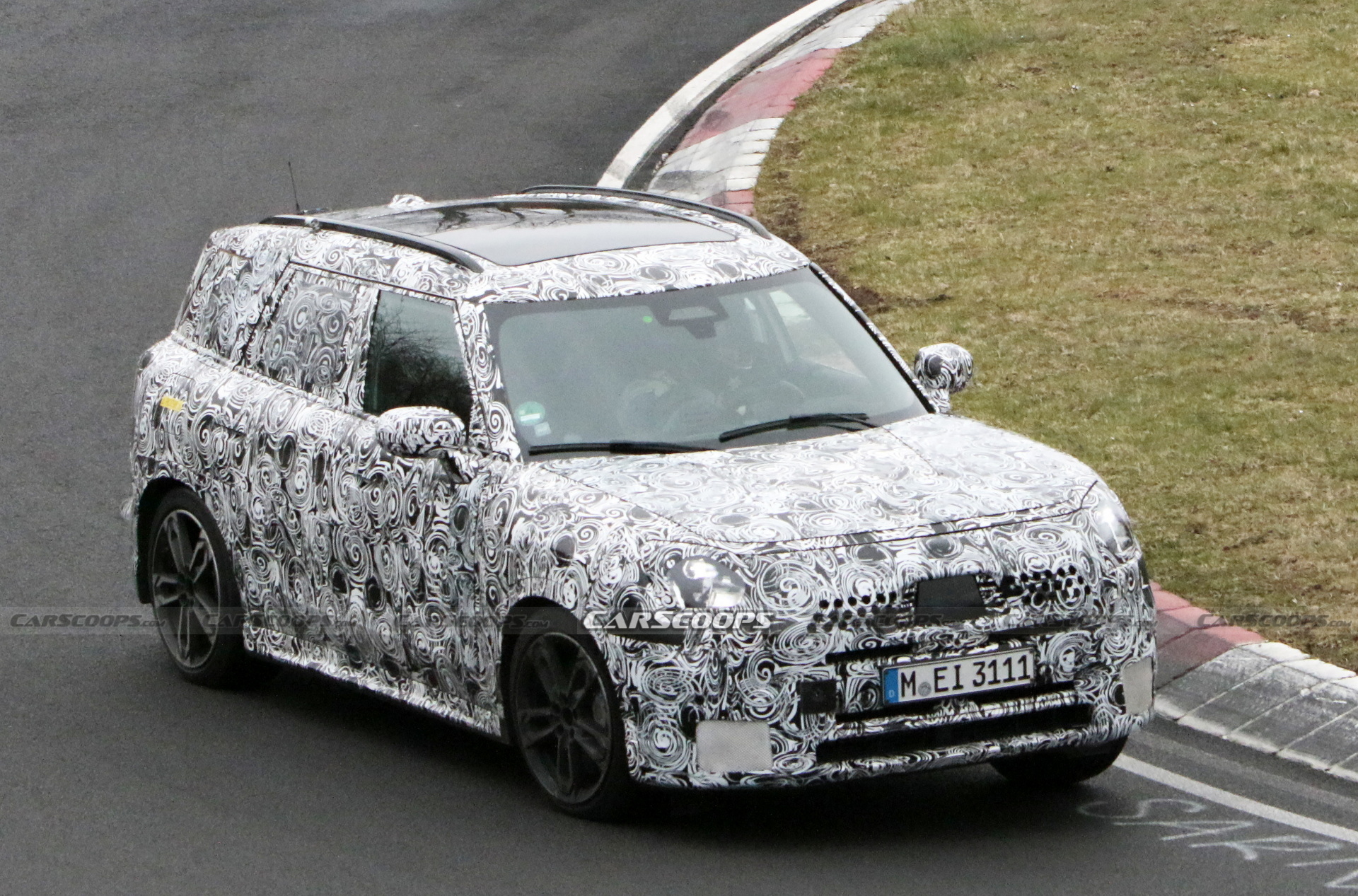 Although there are no obvious indicators that this is a plug-in hybrid, the chassis will still have to be well-tuned to handle all of the powertrain’s grunt, so it’s no wonder that they’re testing the car on the German track.

Previous spy pictures have indicated that drivers will get a massive, round screen in the middle of the dashboard to perform infotainment duties. That hints at the premium nature of the car, a market segment Mini has indicated it is interested in chasing in the past.

BMW also announced today that the Mini Countryman will be offered with cast-aluminum wheels that are made of recycled material and with green energy exclusively. That should mean that the wheels’ carbon footprint is reduced by up to 80 percent.

The new Mini Countryman is expected to be offered in 2023 as a model year 2024 vehicle. It will be made in Leipzig, Germany, along with its chassis-mates, the BMW X1 and X2.